A lollipop lady is retiring after crossing the road nearly a million times in her 30-year career – doing it all in Dorothy Perkins high heels.

Grandmother-of-two Sharon Malcolm, 56, started ushering children across the road in Eastleigh, Hampshire, when her daughters started school in 1990.

She had intended to give up when they left but, realising she loved it so much, kept going – recently celebrating three decades in the job.

Mrs Malcolm is now hanging up her lollipop stick on December 17 so she can spend more time with her grandchildren.

She has monitored the same spot on Chamberlayne Road every morning and evening for 30 years – and always wearing high heels.

She said she has always preferred tall shoes to flats because of her height. 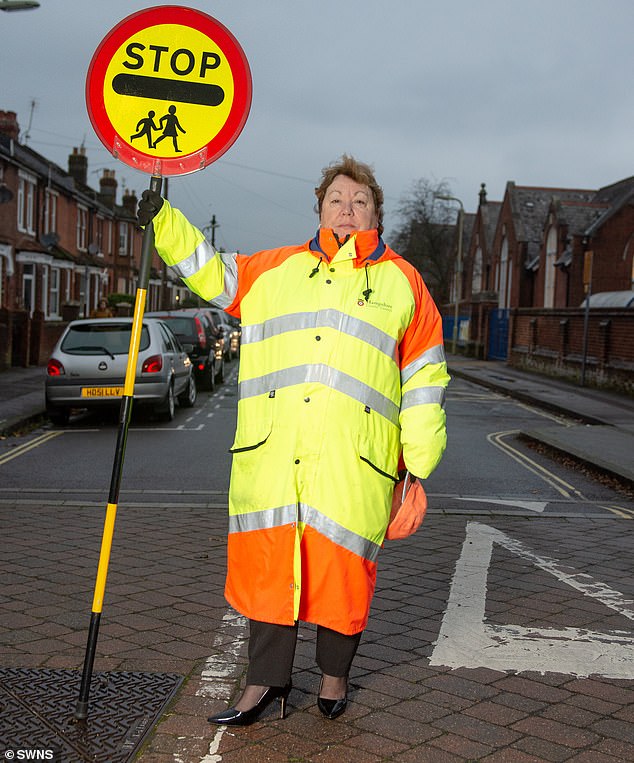 Grandmother-of-two Sharon Malcolm, 56, started ushering children across the road in Eastleigh, Hampshire, when her daughters started school in 1990 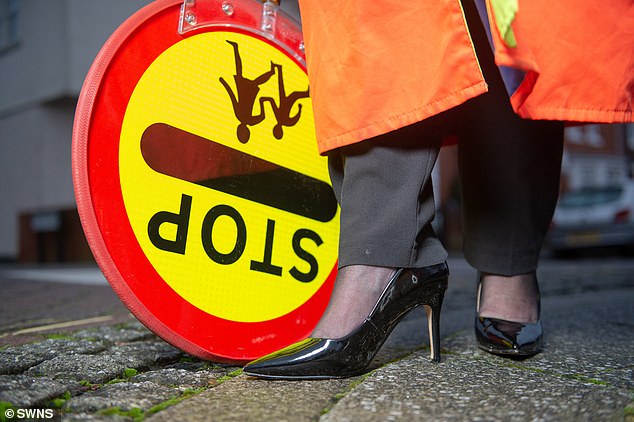 ‘I totter and run about. I don’t just walk across the road. It’s like putting on slippers for me.

‘Nobody made me [wear heels]. My boss even came out one day to make sure I wasn’t putting myself or any other life at risk.

‘She said: ‘I’ve watched you – I can’t believe how you run across the road. It’s like you aren’t in heels’.

‘I don’t know how many I have got through – loads! I always shop for them in Dorothy Perkins.

‘I’ve got 50 different-coloured pairs in my wardrobe. I like to team a pair of shoes with my dress in the summer.’

It is estimated that Mrs Malcolm has crossed the same stretch of road, near Norwood Primary School, nearly a million times.

She arrives at 7:45am, leaving just after 9am when the morning rush has finished.

She then returns at around 2:30pm to be ready for when the school day finishes, vacating her post for good at 3:30pm.

She said: ‘I had a wonderful day. I can’t thank them enough. They really made yesterday such a special day.’

Mrs Malcolm is retiring from road safety to spend more time with her husband David, 65, who also left his job recently.

She added: ‘It’s lovely seeing the kids faces and hearing them calling out to you as they come up the road and waving.

‘I am going to miss them but I feel now is the time to finally hang up my hat and my coat.’