Lotto winner who blew £7.5m on mansion is living in Grimsby semi

I blew £7.5million and I’ve never been happier! Lottery winner who squandered his fortune says he has found real joy in a one-bed semi in Grimsby thanks to true love

A lottery winner who spent his £7.5million jackpot on a 25-acre mansion, complete with fishing lake and swimming pool, is now living in a one-bedroom home in Grimsby – but insisted he has never been happier.

Roy Gibney, 64, a former sheet metal worker, scooped his millions in July 1998, and immediately splashed out on a six-bedroom mansion in Barnoldby-le-Beck, Lincolnshire.

He had his winning numbers tiled on the bottom of an indoor swimming pool, spent £50,000 on a racehorse and bought expensive cars – but his good fortune then came to an end with his divorce from second wife Darlene Shand, 45, in 2014. 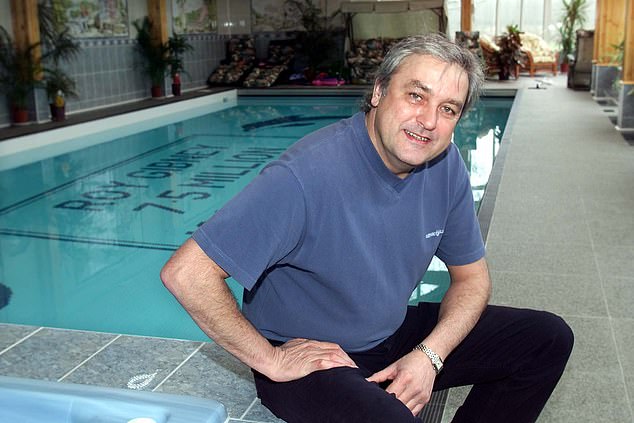 Lottery winner Roy Gibney, 64, won £7.5million on the lottery in 1998 but spent it on a lavish lifestyle at a 25-acre mansion, complete with a swimming pool with his name and winning numbers tiled on the bottom 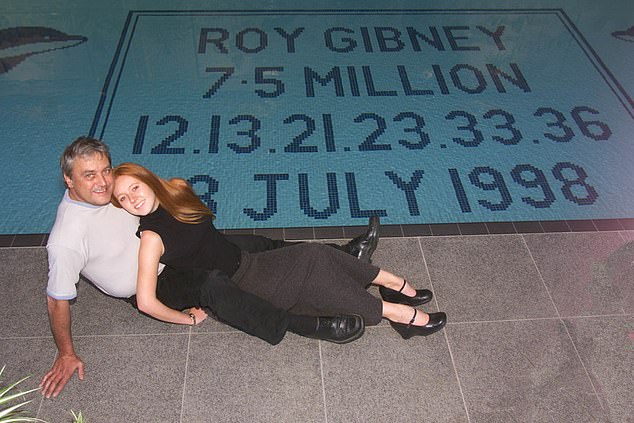 Mr Gibney immediately splashed out on the six-bedroom mansion in Barnoldby-le-Beck, Lincolnshire, after winning the lottery. Above: With former girlfriend Meaka Edwards

With his property portfolio sold off and most of his remaining money swallowed up by his divorce, Mr Gibney has since moved in to a one-bedroom bungalow in Grimsby with Tracey Baker, 58, who he previously dated.

He and Ms Baker are now renovating the £300,000 home, which Mr Gibney had originally bought for his mother.

Despite his dramatic change in fortunes, Mr Gibney insisted he has never been happier.

He told The Sun: ‘I’ve lost money, I’ve been fleeced and now I’m down to tens of thousands in the bank. That mound of money is dwindling all of the time. 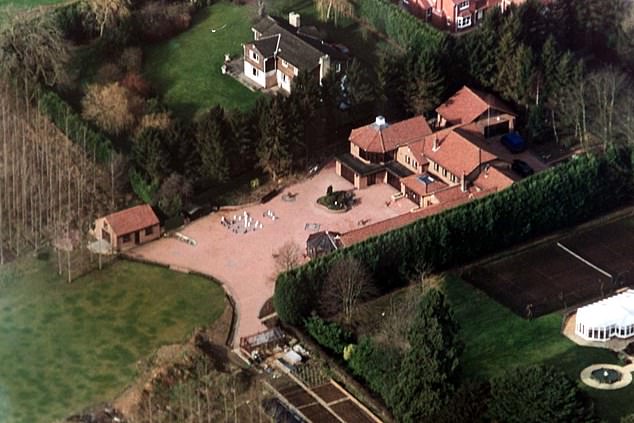 After buying the sprawling home, pictured above, Mr Gibney installed the pool, a bar, a snooker table and roulette table 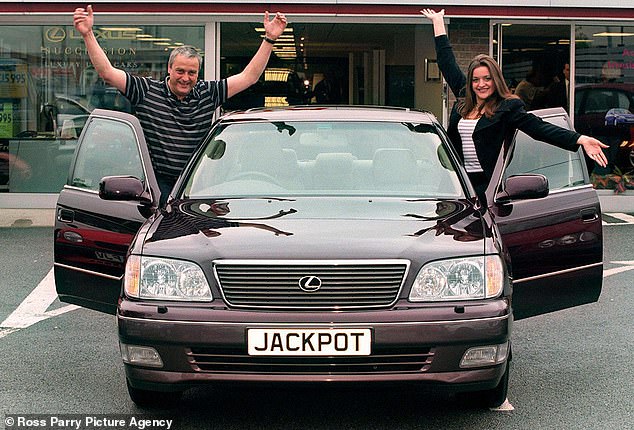 Mr Gibney also bought a red Lexus LS300, which he still owns. Above: Mr Gibney and his daughter Lisa shortly after he bought the car

Mr Gibney, a father-of-three, warned that money cannot buy happiness, that winning the lottery does not mean you ‘become automatically happy overnight.’

But he said he now has more than he ever did because he ‘has found love’.

However, he saw things differently when he won the lottery while living alone in a £40,000 two-bed home.

After selling his car to a friend for £1, he bought a red Lexus LS300 – which he still owns – and his mansion, before spending £500,000 adding the pool, a bar, a snooker table and roulette table.

‘They suggested Roy Gibney, the date and my numbers. I said “slap it in”,’ he said. 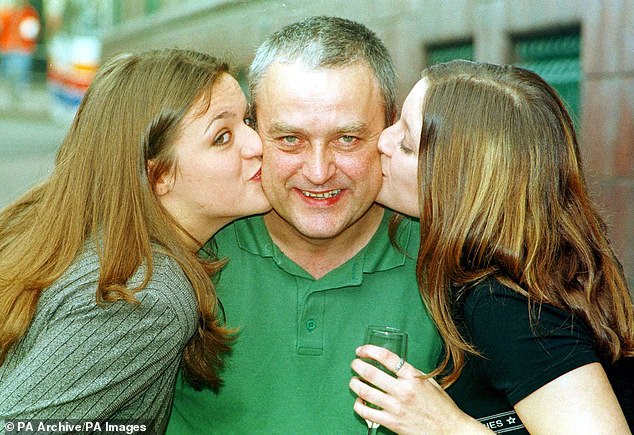 But following his divorce from second wife Darlene Shand in 2014, Mr Gibney is now living in a one-bedroom bungalow with teaching assistant Tracey Baker, who he dated in 2004. Above: Mr Gibney with daughters Lucy (left) and Laura after his lottery win

On his return to Grimsby, Mr Gibney rekindled his romance with teaching assistant Ms Baker, who had dated in 2004.

She said: ‘He’s still the same person, he used to hide himself away because he felt like the world was against him. But now he’s happy and he enjoys life.’

Despite his insistence that money does not bring happiness, Mr Gibney still plays the lottery each week, using the same numbers, and is ‘certain’ he will win it again.