Stunning pictures of a rare total eclipse that blocked out the sun above Chile and Argentina have been captured by a satellite orbiting the moon.

Thousands of people – including tourists, locals and astronomers – gathered to see the solar spectacle earlier this week, with the two South American countries the only inhabited locations from where it could be soon.

Many more around the world watched live streams to see the eclipse, which occurs when the moon passes between the sun and the Earth and blocks the sunlight.

During the two-minute long event, a Chinese lunar satellite managed to snap some images from an incredible angle and they were downloaded by telescopes in Beijing and the Dutch town of Dwingeloo.

They showed the Earth peeping up from behind the surface of the moon, with a circular portion of the planet – covering both countries and an uninhabited South Pacific atoll – covered by shadow. 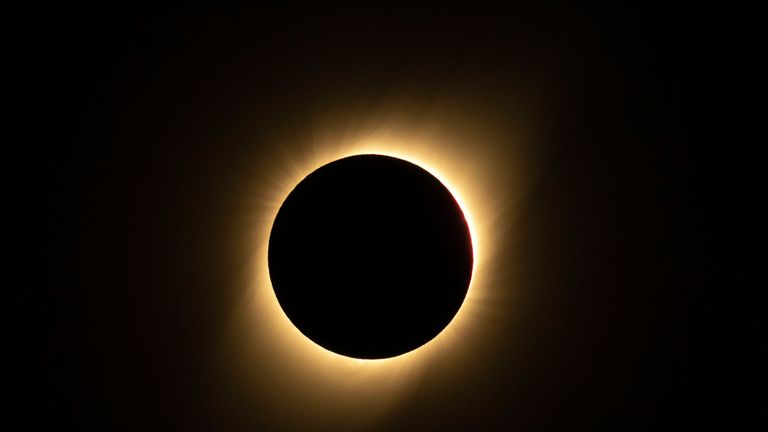 Astronomers reacted in awe to the pictures, which were captured by a tiny camera on-board DSLWP-B.

The radio satellite – weighing a modest 47kg – was launched into space in May last year. 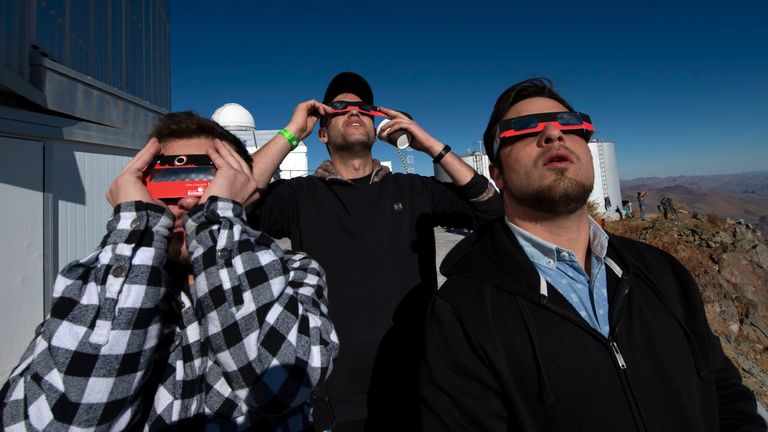 La Serena, a city on the coast of Chile, was where the eclipse first made landfall on Tuesday.

It normally has a population of 200,000 people, but it had to contend with an arrival of more than 300,000 visitors who wanted to catch a good view. 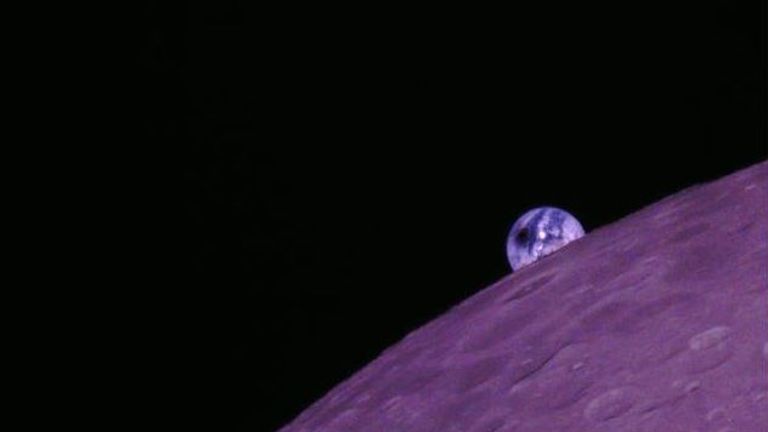 Chile has some of the clearest skies and most powerful telescopes in the world, making it the perfect viewing spot for a solar eclipse – but it also made an impression in Argentina.

The last place to see the eclipse was just south of the capital of Buenos Aires, where huge crowds gathered.

South America will also be home to the next total solar eclipse, due for December next year.