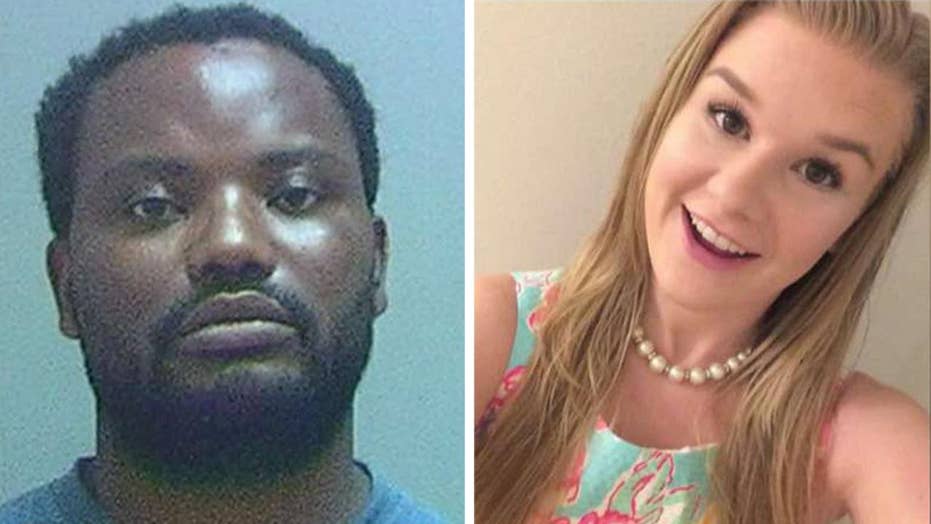 Prosecutors formally charge the suspect in the murder of Mackenzie Lueck

Attorney Heather Hansen breaks down the details of the investigation into the murder of Utah student Mackenzie Lueck.

A Nigerian immigrant whom authorities say strangled a 23-year-old University of Utah student to death and then burned her remains in his yard has pleaded guilty in a deal that will spare him execution, according to reports.

Ayoola Adisa Ajayi, 32, will serve a life sentence without the possibility of parole after admitting to aggravated murder, a first-degree felony, and abuse or desecration of a human body, FOX 13 of Salt Lake City reported.

“Yes, Your Honor. Guilty, Your Honor,” Ajayi said during a court hearing Wednesday, the station reported.

Lueck had gone missing in June 2019, after returning to Salt Lake City from California, where she had traveled to attend her grandmother’s funeral, authorities have said.

After arriving home, the student had taken a Lyft ride to a city park. The driver said Lueck exited his vehicle and then appeared to willingly enter another vehicle at the park, FOX 13 reported.

An investigation led police to Ajayi. He and Lueck had become acquainted online through Seeking Arrangements, a site where so-called “sugar daddies” try to meet so-called “sugar babbies,” The Deseret News of Salt Lake City reported.

“Mr. Ajayi had decided that he would murder Ms. Lueck before the meeting took place,” Neal Hamilton, the defendant’s attorney, said Wednesday, according to the newspaper.

Authorities said that soon after arriving at Ajayi’s home, the defendant tied the woman’s hands behind her back and then began choking her, the report said.

Between June 17 and 18, neighbors reported seeing Ayani burning something in his yard, using gasoline as an accelerant, FOX 13 reported.

Police later recovered Lueck’s belongings in a nearby alley, and her student ID card and some clothing from the Jordan River.

They recovered Lueck’s charred remains from a canyon in July 2019 after Ajayi provided the whereabouts through his defense lawyers, The Deseret News reported.

Ajayi had obtained U.S. citizenship, The Deseret News reported. He will be formally sentenced later this month, according to FOX 13.