Hundreds of protesters marched through Manhattan yesterday before spray-painting a monument in Columbus Circle, sparking confrontations with police. 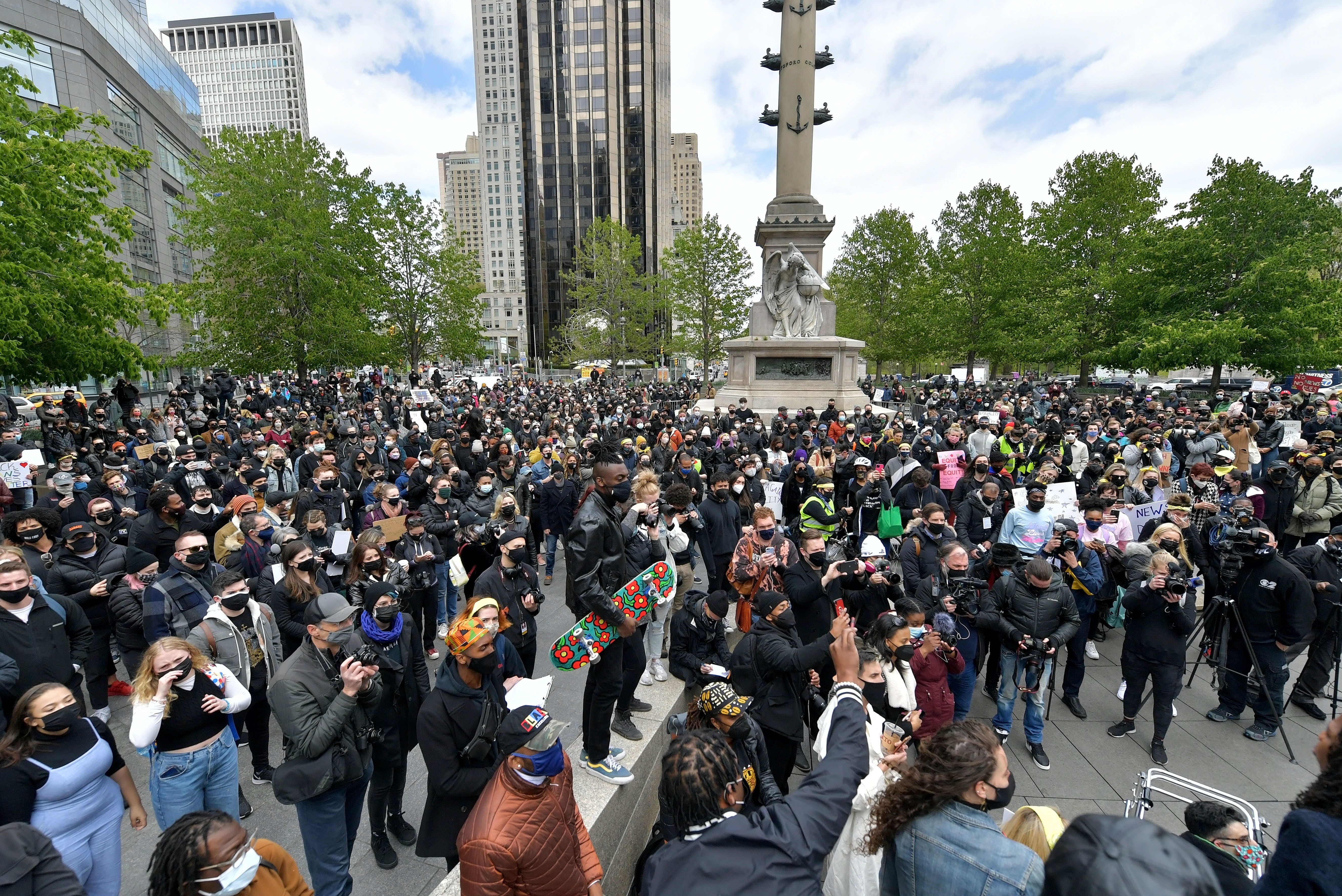 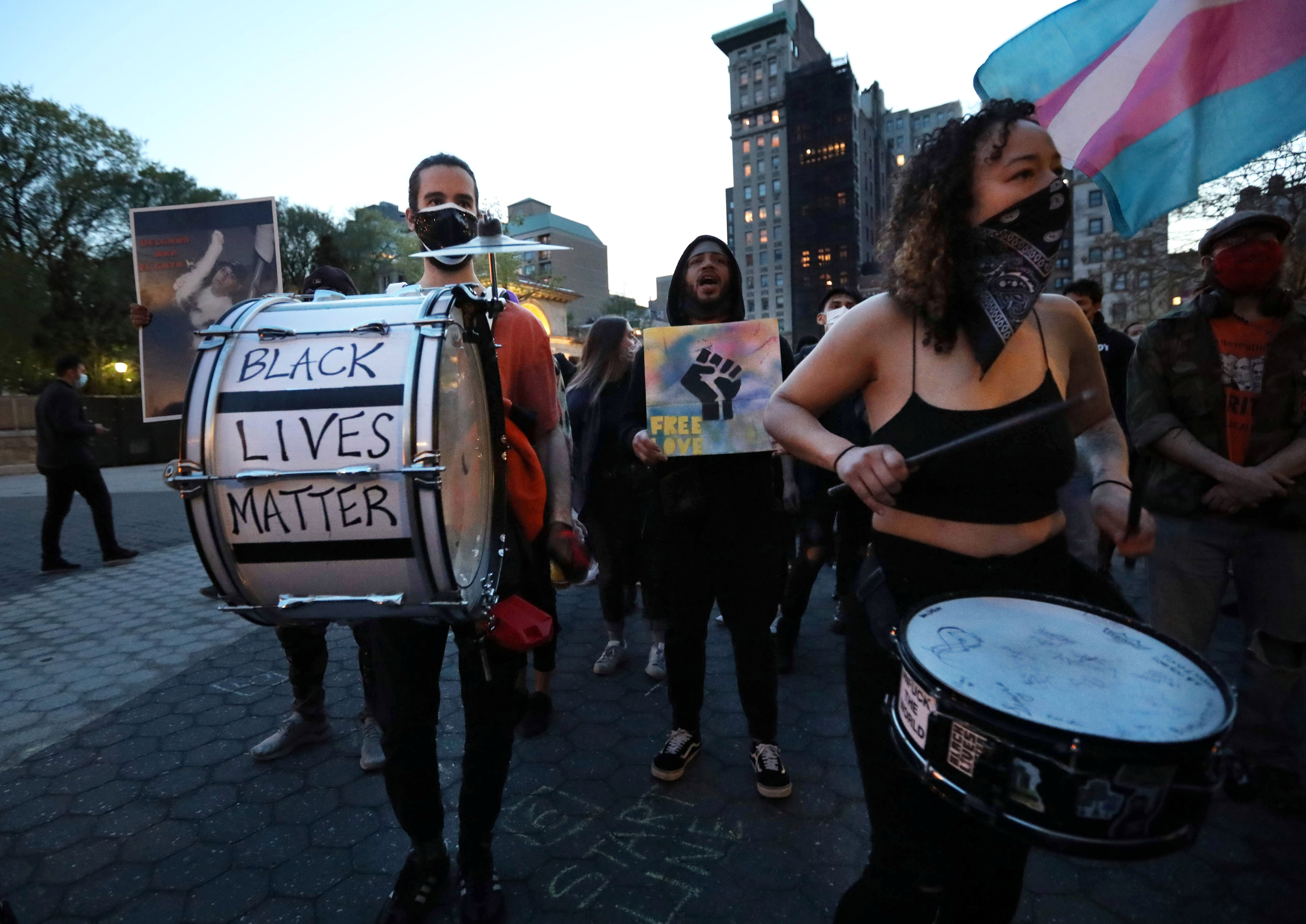 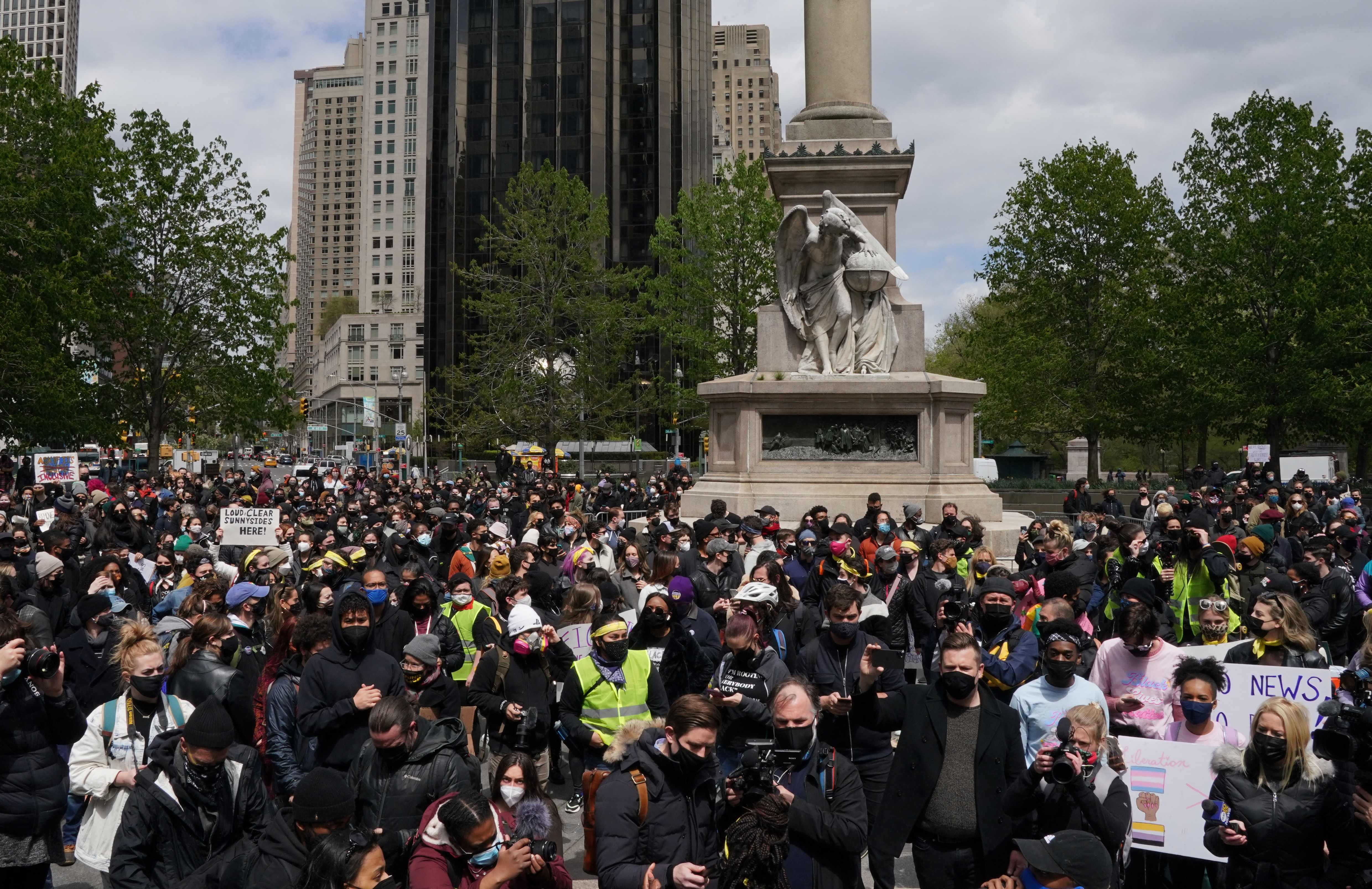 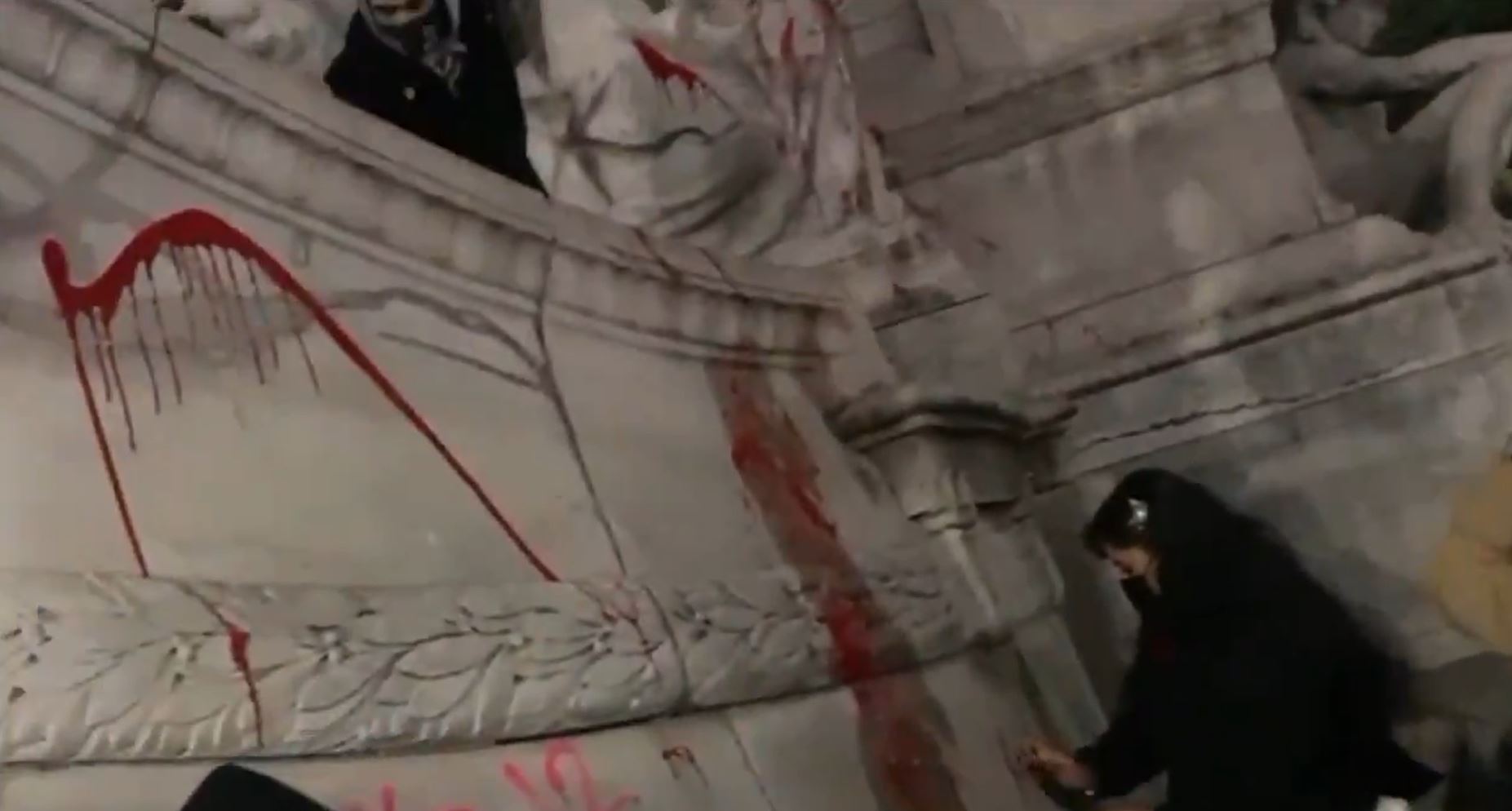 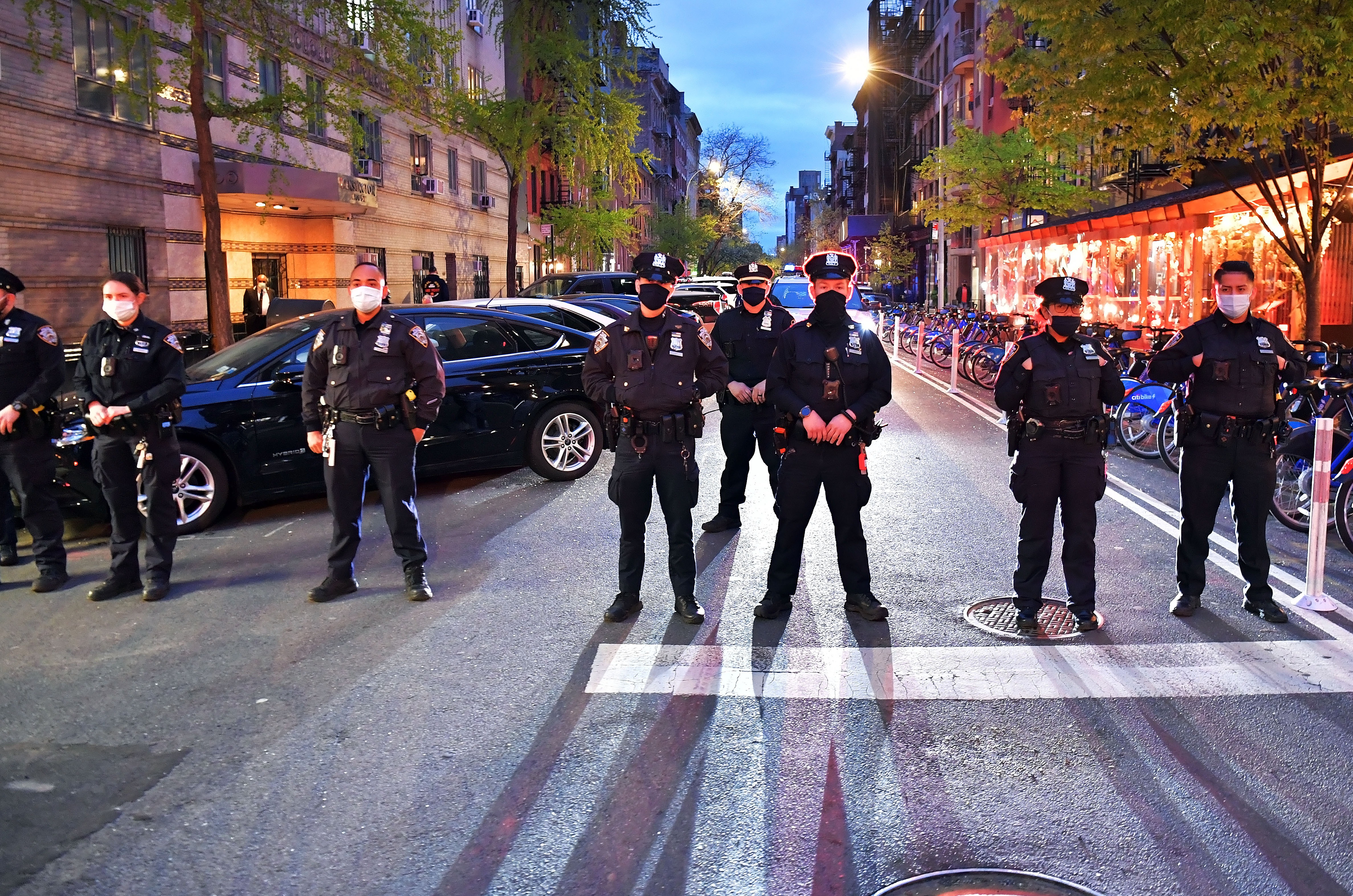 Police frequently monitor the area as it’s located near to Central Park and the Trump International hotel.

Protesters carried signs reading “Justice for Ma’Khia Bryant” after the 16-year-old was fatally killed by police in Columbus, Ohio earlier this week.

Demonstrators vandalized the statue commemorating the 258 American soldiers who were on board the USS Maine ship when it exploded in Havana harbor in 1898, sparking the Spanish-American War.

Footage shows protesters and cops brawling with one protester falling to the ground, Mail Online reports.

Video also shows police trying to arrest a woman as she tried to flee. 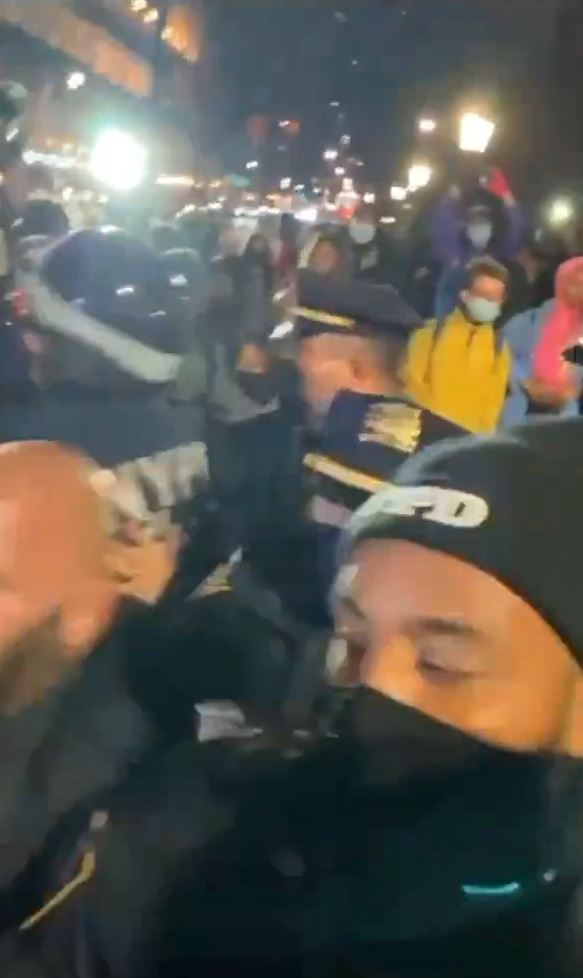 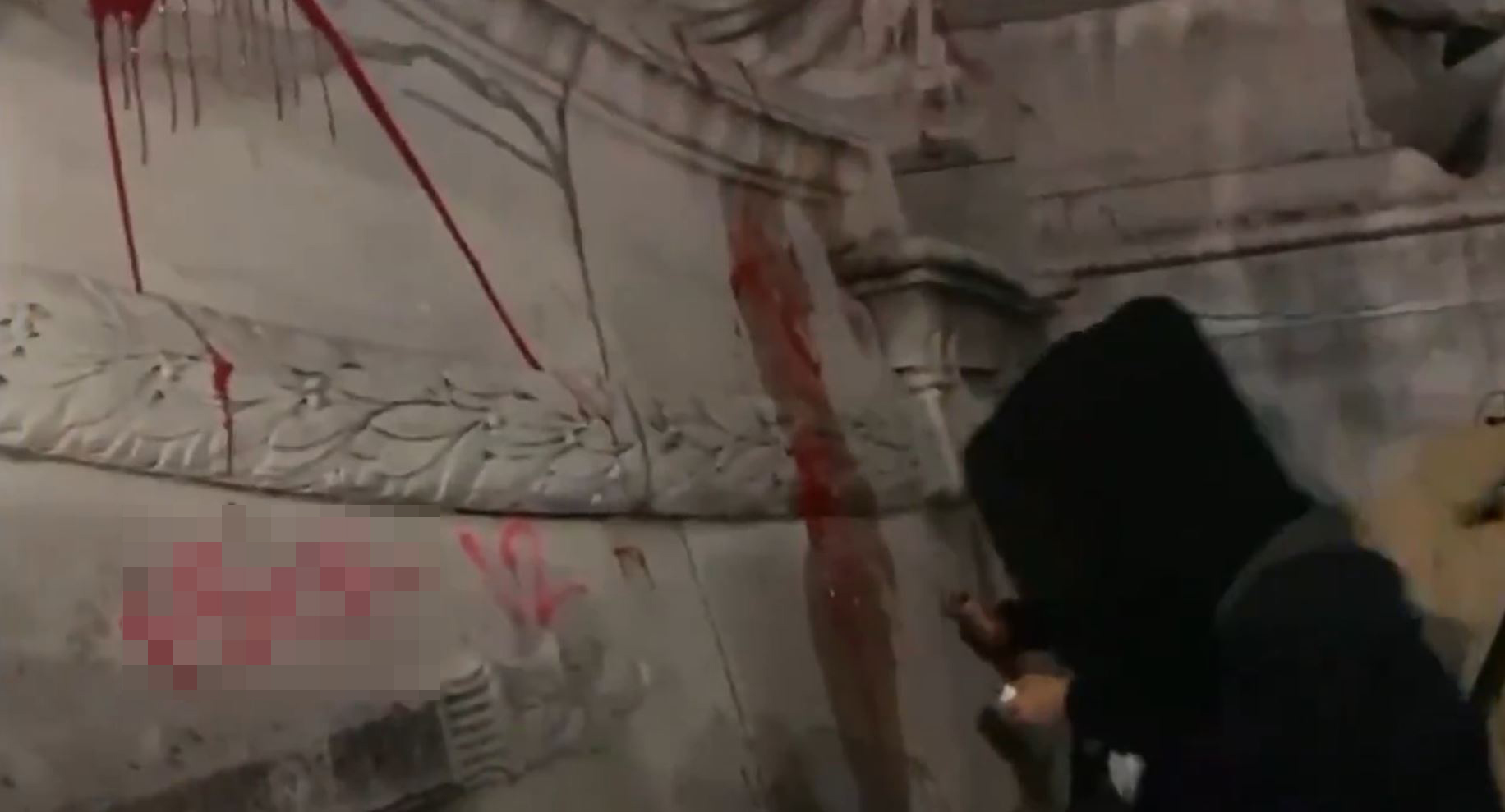 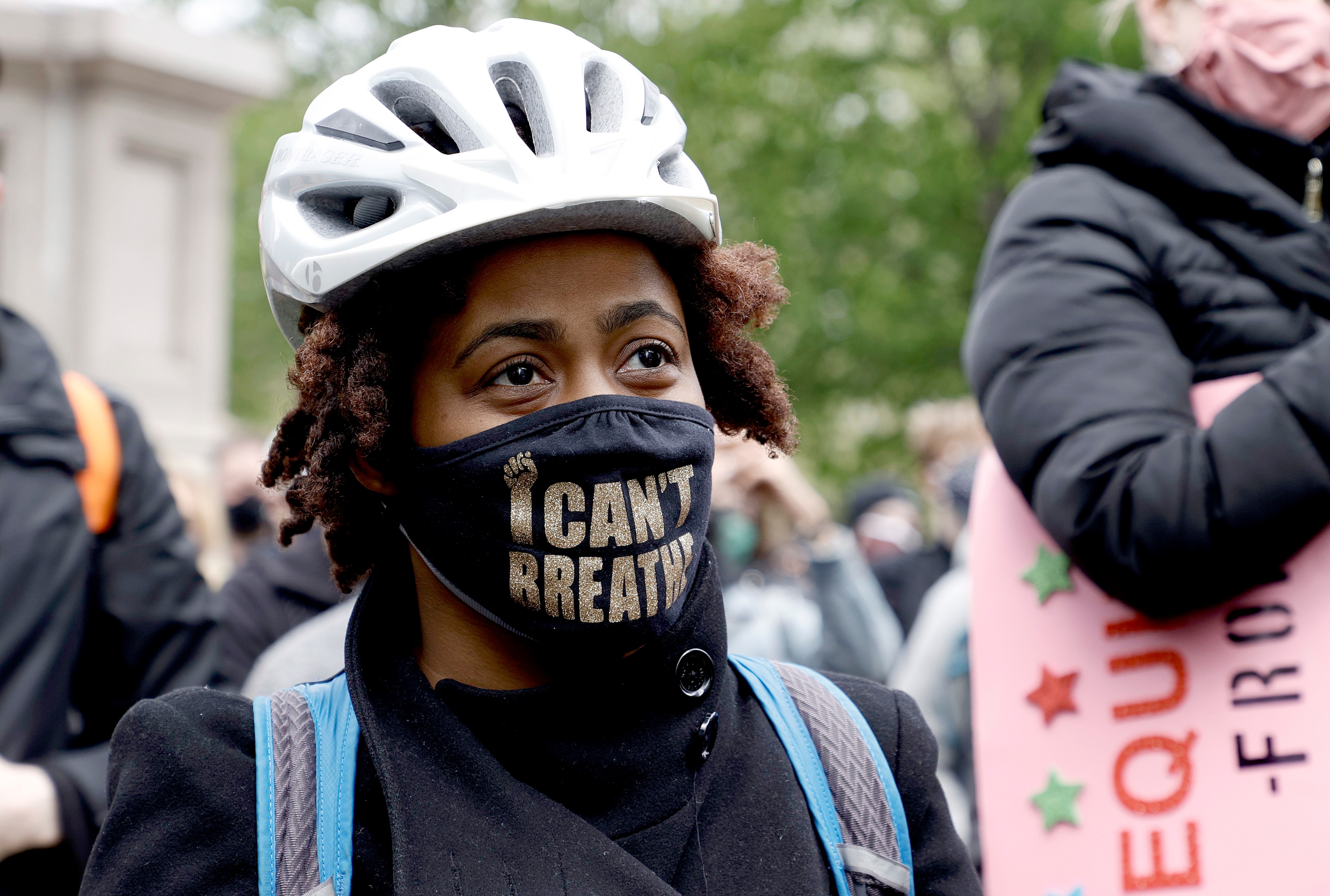 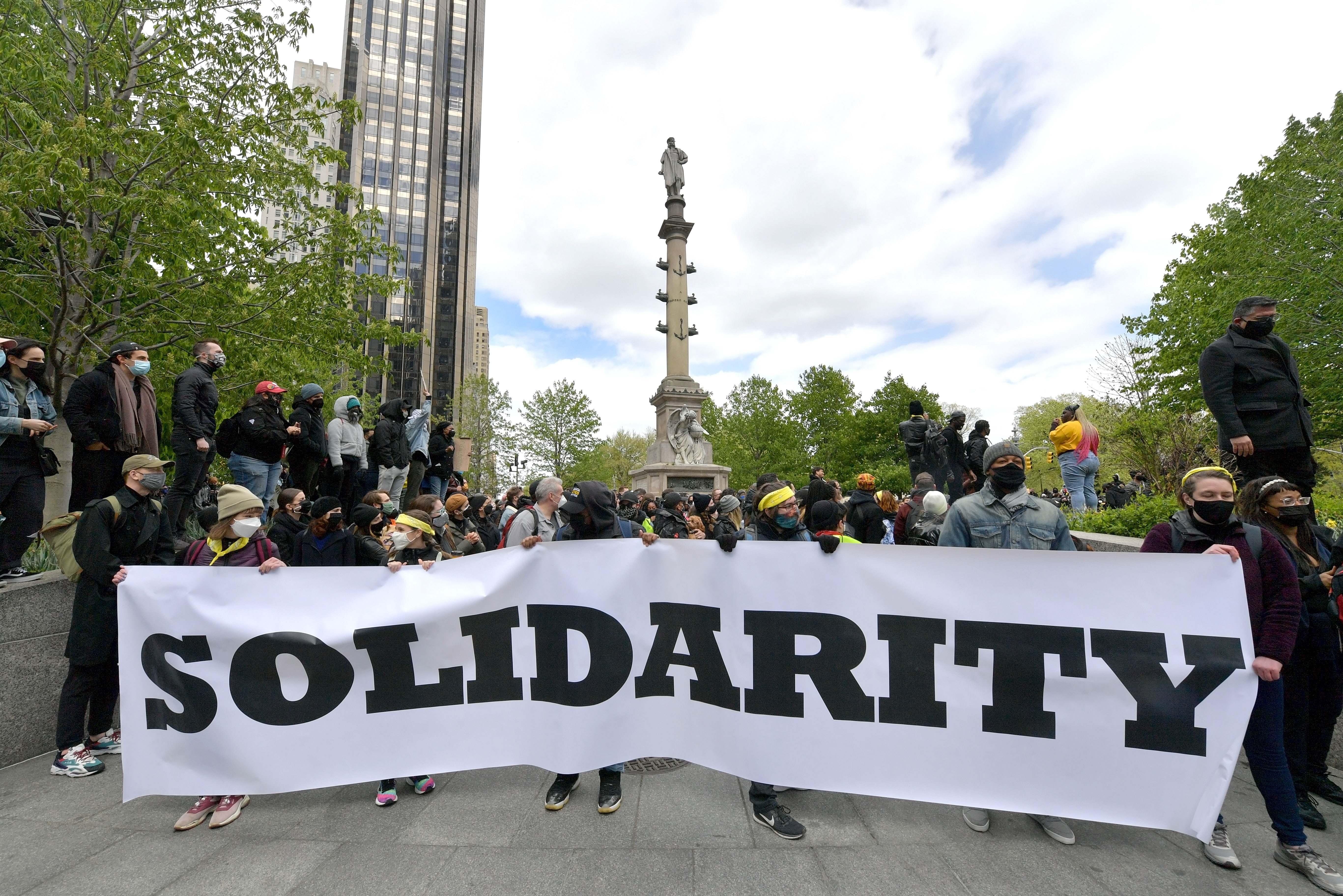 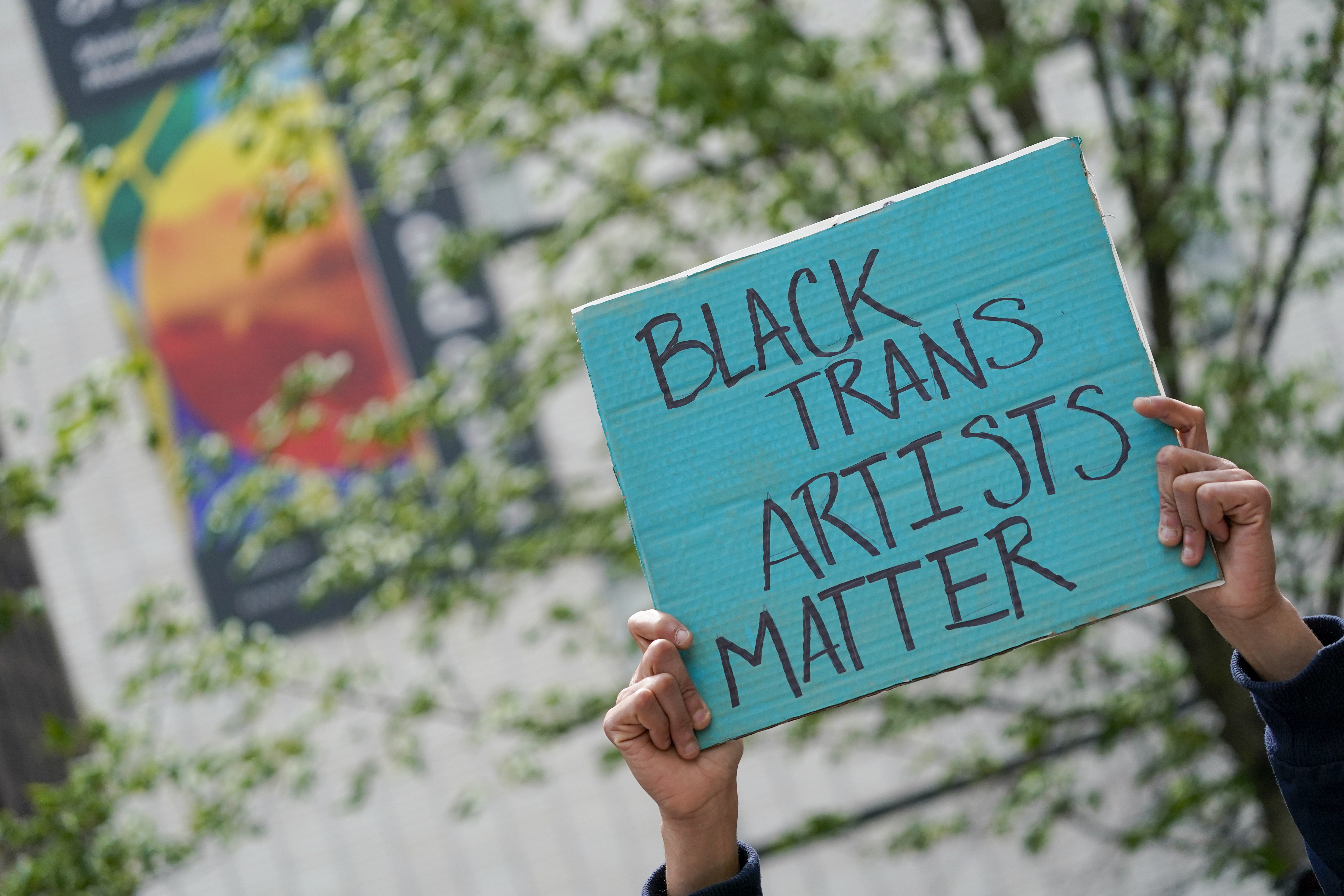 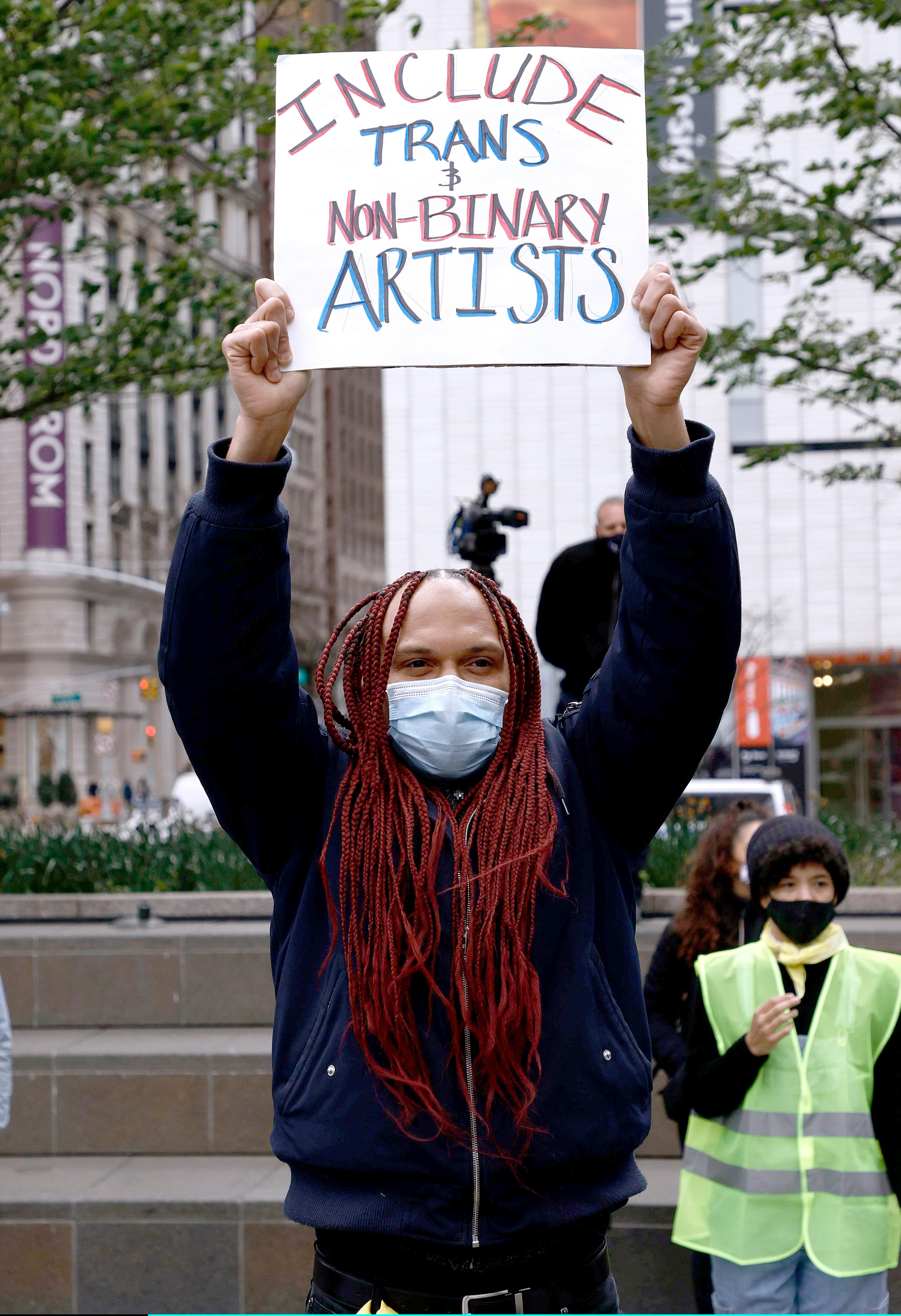 Others reportedly threw an unknown liquid at cops while another reportedly attempted to spit at an officer.

"What the f*** is wrong with you," one protester says while screaming at police.

Officers were later pictured carrying zip ties in a bid to de-escalate the situation.

They tweeted: “'We respect everyone right to peacefully protest, but vandalism is not part of peaceful protest. We are working to de-escalate the situation to prevent further damage from occurring.”

Cops told Fox News that between four and six arrests had been made with preliminary charges ranging from criminal mischief to disorderly conduct.

The protests were part of the weekly "Stonewall Protests" -defined by its Instagram as "demonstrations by black trans activists centered on the acknowledgement of all black life". 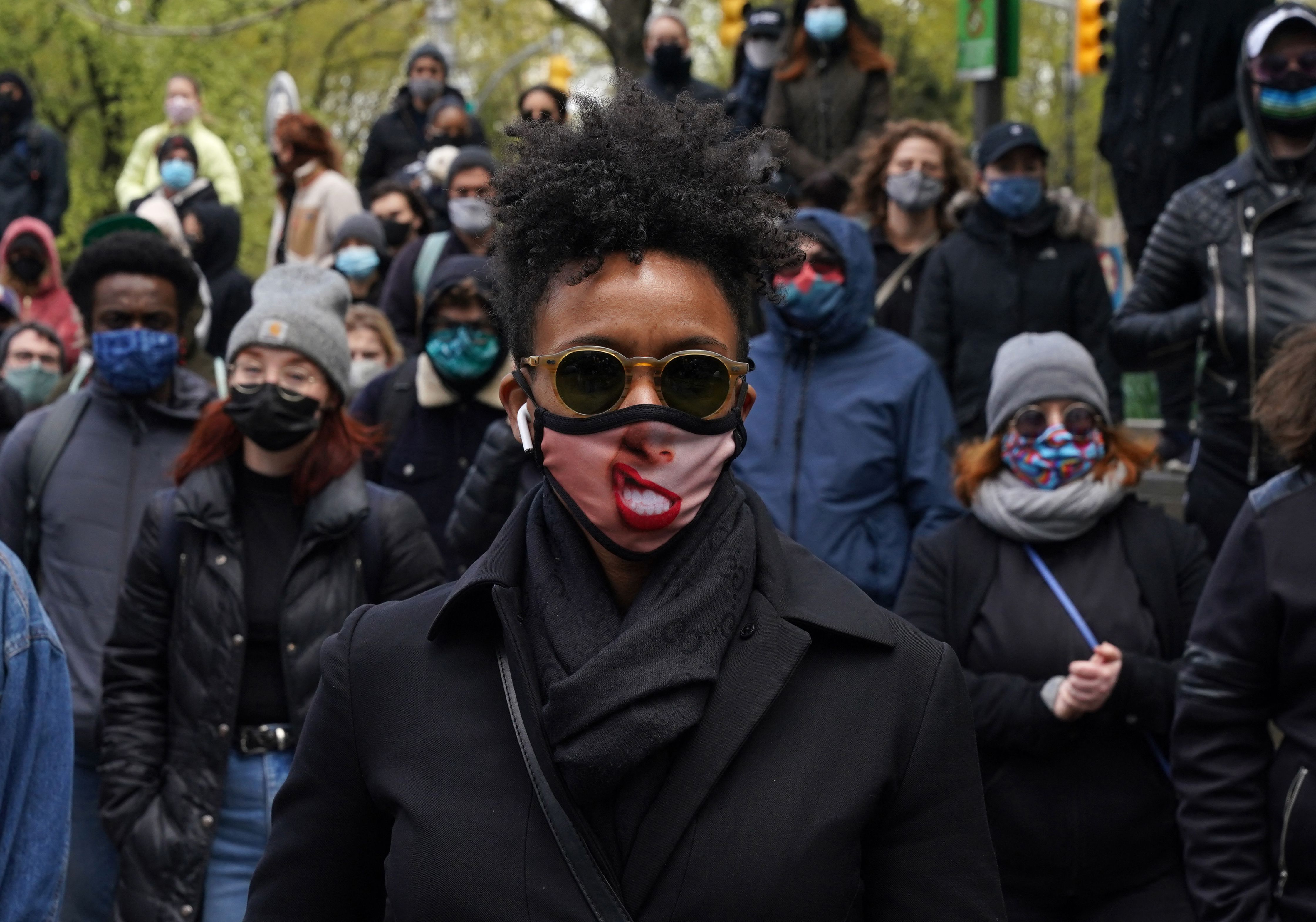 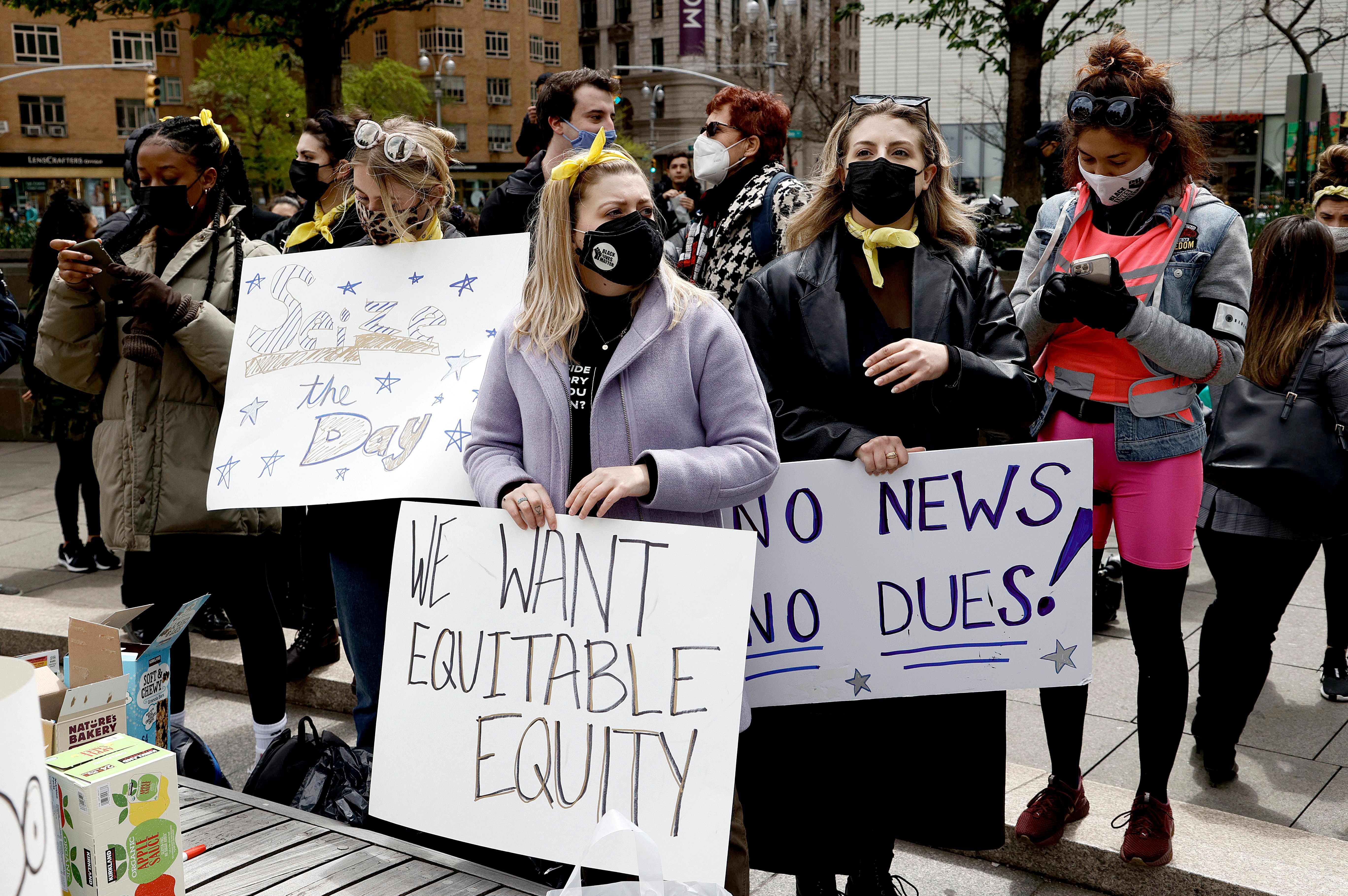 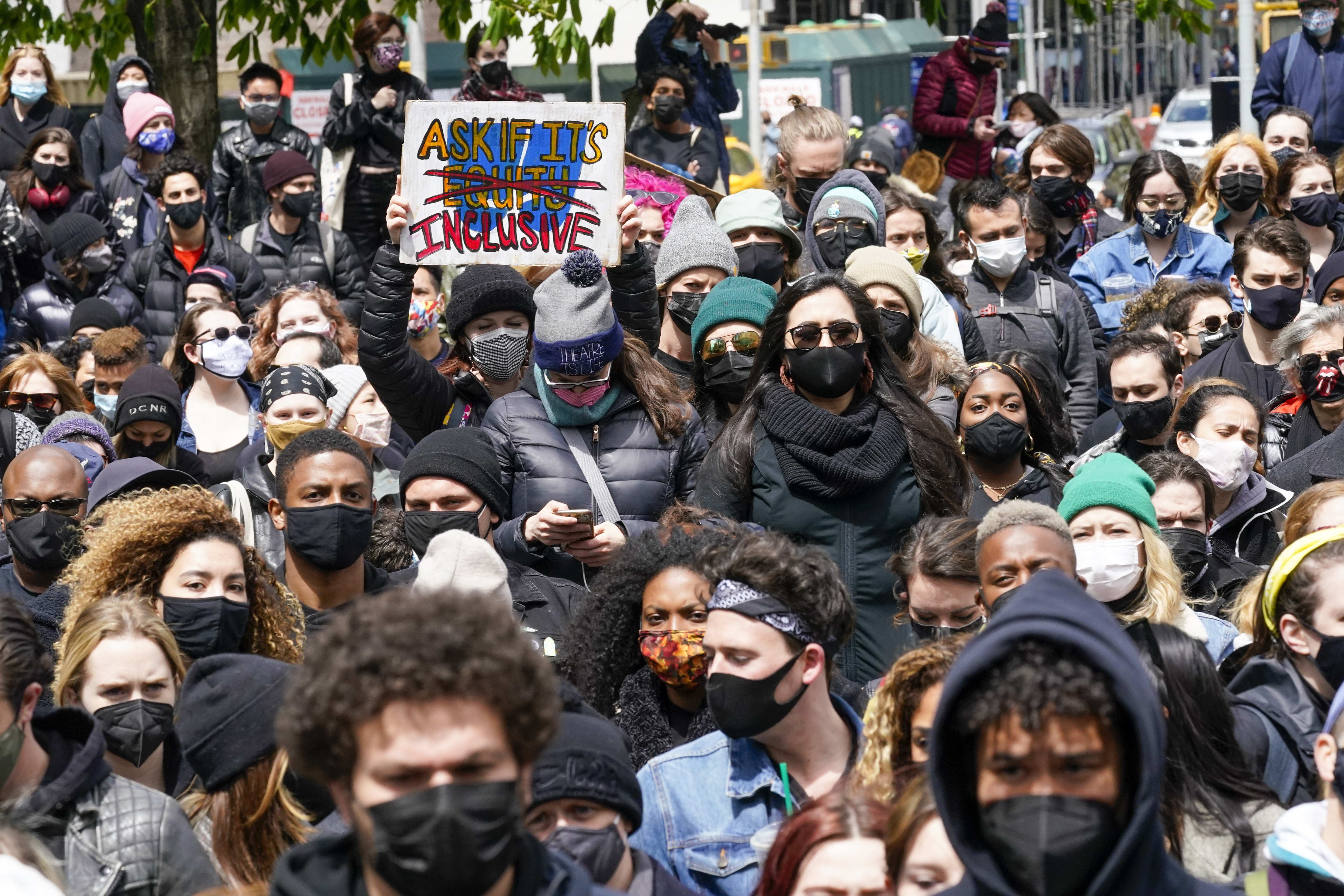 The demonstration comes just days after Ma'Khia Bryant was killed by police in Ohio, cop Derek Chauvin was found guilty of the murder of George Floyd on all counts, and the funeral of Daunte Wright.

Wright was shot and killed by Minneapolis police officer Kim Potter on April 11 during a traffic stop when she allegedly mistook her taser for her gun.

His mother Katie Wright battled through tears to tell the crowd gathered to remember him in Minneapolis that he "had a smile that was worth a million dollars."

"When he walked in the room, he lit up the room. He was a brother, a jokester, he was loved by so many. He's going to be so missed," she said.

"I remember when Daunte first became a father … the joy that Jr brought Daunte's life was truly amazing.

"He always said he couldn’t wait to make his son proud. Jr was the joy of his life and he lived for him every single day and now he’s not going to be here to see him.

"My son should be burying me," Wright's mother added before returning to her seat and breaking down in tears.

A study revealed that American cities where Black Lives Matter protests have erupted have a seen a steep uptick in overall murder rates – while police-involved killings took a dip.

Travis Campbell, a University of Massachusetts at Amhurst economics PhD candidate, researched the effects of the BLM movement on police use-of-force, first reported by Vox.

His findings prove that BLM protests in specific cities played a key role in lowering police homicides by as much as 15-to-20 per cent compared to other locations where such racial injustice protests didn't occur.

Campbell estimates that there were about 300 fewer police killings around the country between 2014 and 2019 as a direct result of BLM civil unrest.

In the cities where BLM activism was advancing, there was a 10 per cent hike in overall murders – suggesting around 1,000 to 6,000 more murders occurred in the US.

But, the paper omitted specific effects brought on by last summer's tsunami of protests in the wake of George Floyd's death at the hands of cops in Minneapolis, according to Vox. 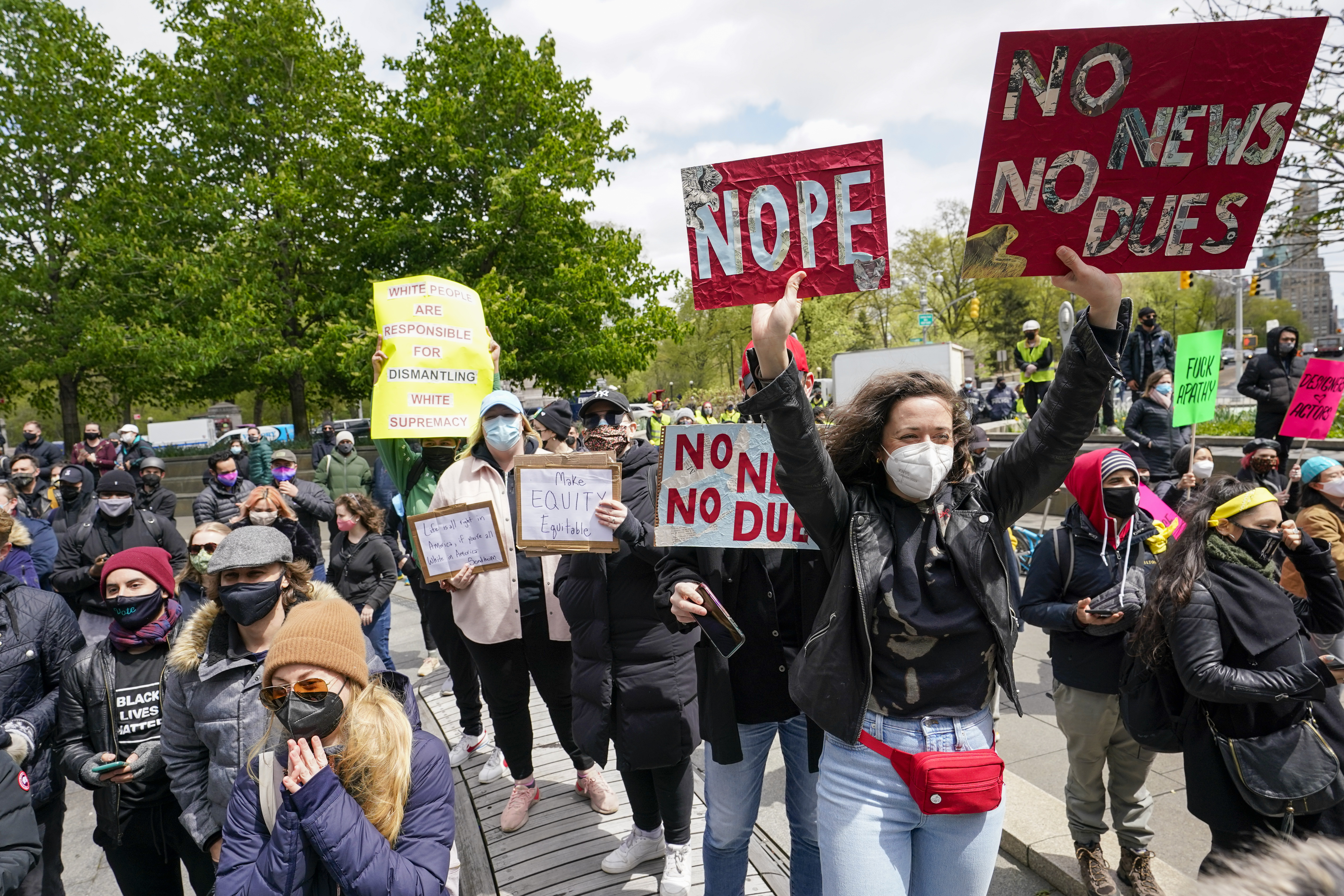 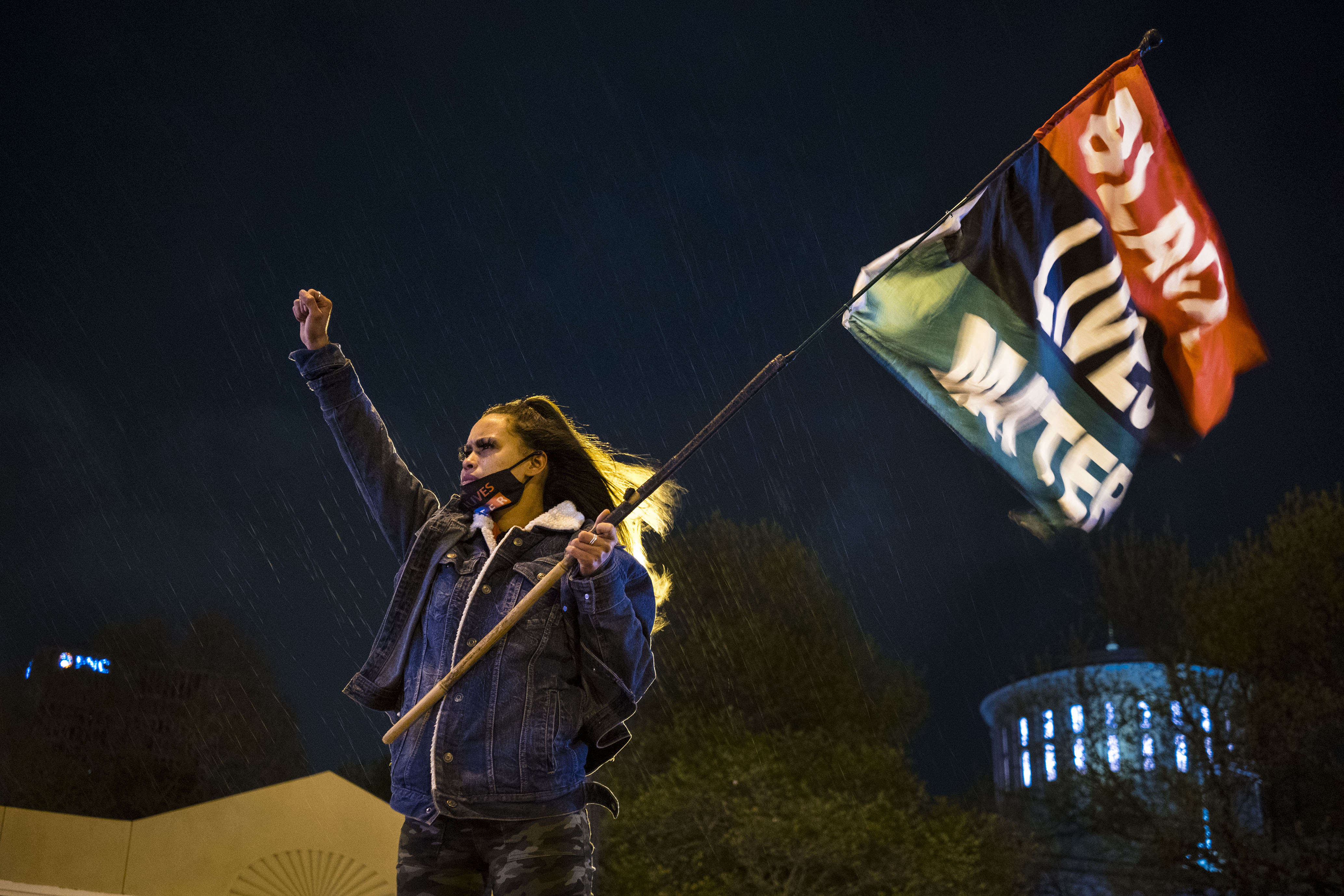 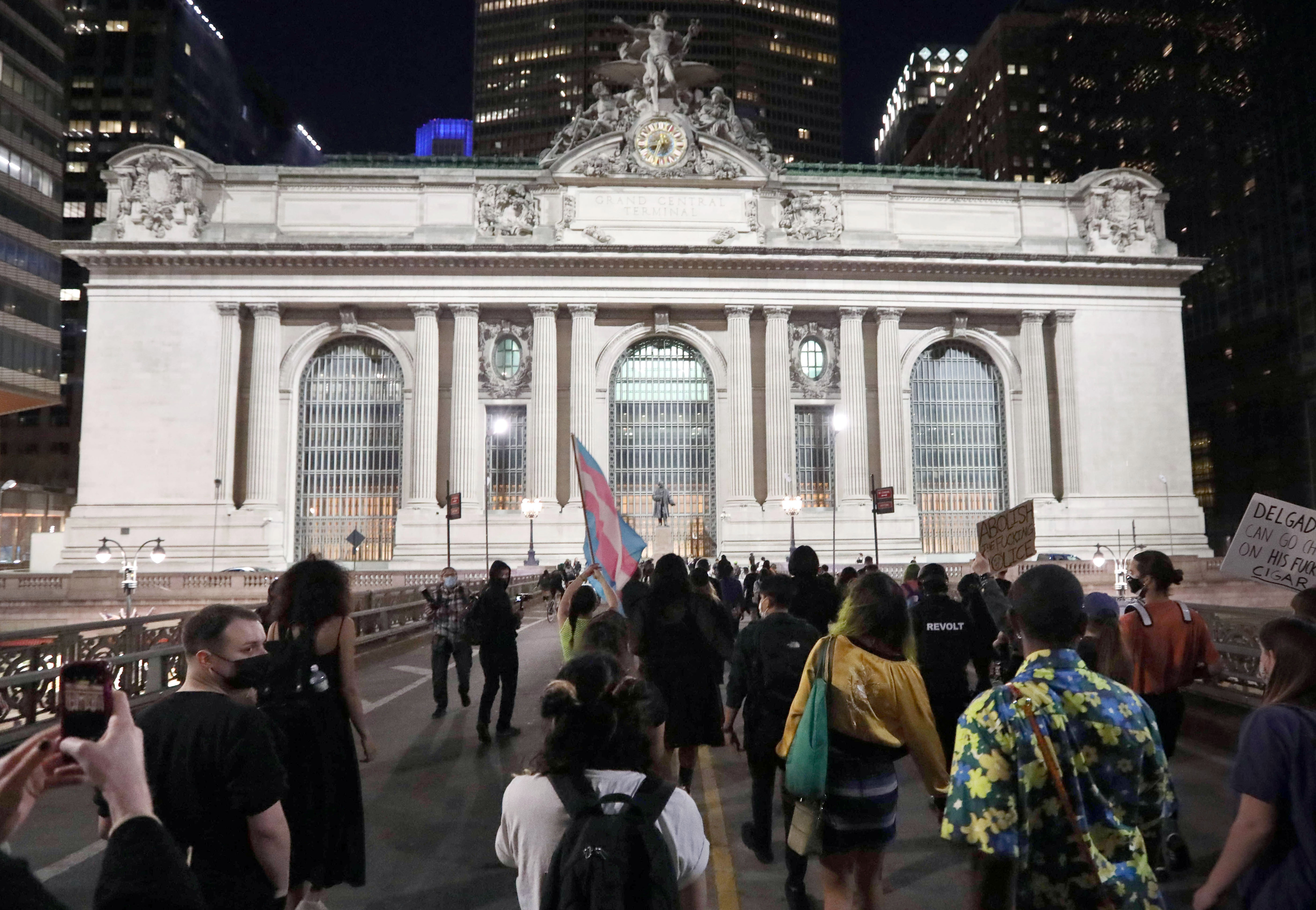