Man dies in Spain after being gored during a bull run

A 55-year-old Spanish man bled to death after being gored in the leg by a bull during a festival in which the animals are released into the streets, local authorities said Sunday.

The town hall of Onda, in the eastern Spanish province of Castellon, said in a statement that it would suspend Sunday’s last day of bull-running following the goring on Saturday afternoon during the annual festival. 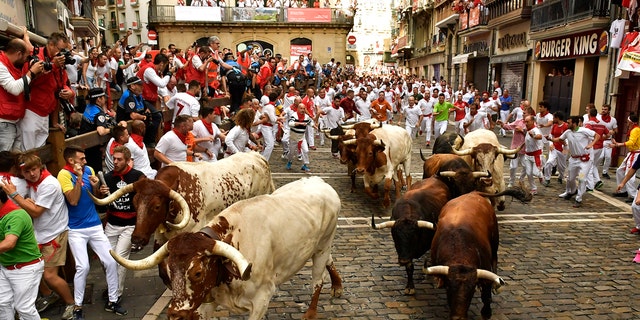 Revellers run next to fighting bulls from Cebada Gago ranch, during the running of the bulls at the San Fermin Festival, in Pamplona, northern Spain, Monday, July 8, 2019.

The local Levante news site said that the man was taken to a nearby hospital, but doctors couldn’t save him. 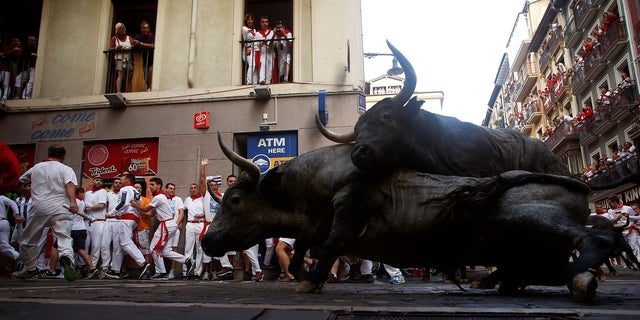 A graphic video showed a bull kill itself in Spain after its horns were lit on fire.
(Reuters)

It is the first known death during a running-of-the-bulls since the festivals returned to many towns across Spain after a pandemic-imposed pause. Despite the occasional casualties and growing opposition from animal rights groups, racing bulls or cows remains a popular tradition. Two other people were injured during a similar bull-run in another town, Levante reported.

The most well-known event internationally is Pamplona’s San Fermín festival, which was held annually before the pandemic and boasted eight races on consecutive days through the northern city’s narrow, cobbled streets. Its next edition is expected in July 2022, after a two-year hiatus. 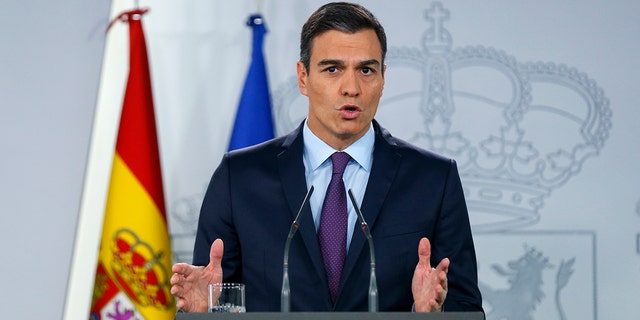 After, being, dies, In, man, Spain
Celebrities