A MAN is fighting for his life after a group "attacked each other with weapons" following an argument at a pub this evening.

Police were called to a road near the Cherry Tree pub in Whitham, Essex, where they found a man in his 30s with serious head injuries following the "altercation." 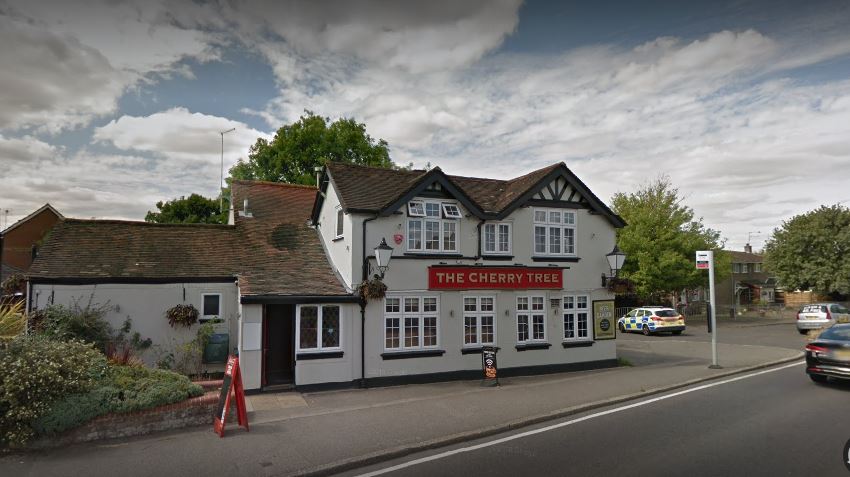 He was taken to hospital following the fight on Braintree Road at 5.15pm this evening – and he remains in a critical condition.

Cops say that a group of men jumped out of several vehicles and started attacking each other with weapons – and two men have since been arrested.

A woman also also involved in the attack, according to reports.

Police believe that there was a "verbal altercation" at the Cherry Tree pub between the groups of men – which then continued later as they reconvened on another road.

Essex Police said in a statement: "Our officers remain at the scene of a serious assault in Witham this evening.

"We were called to reports of a disturbance on Braintree Road shortly after 5.15pm on Monday 7 June.

"It was reported that a group of men had exited several vehicles and were attacking each other with weapons. One woman was also believed to be involved in the altercation.

"A local man, aged in his 30s, has been taken to hospital with head injuries where he remains in life-threatening condition.

"We believe that a verbal altercation initially began at the Cherry Tree pub on Cressing Road, before all parties left and reconvened on Braintree Road.

"At this time, two men have been arrested on suspicion of affray.

"Local response officers and officers from our Operational Support Group are searching for others believed to be involved in the incident.

"Anyone with information about this incident, or who has any CCTV or dash cam footage, is asked to call 101 and quote incident number 974 of Monday 7 June.

"You can also submit a report on our website.

a, Fighting, for, His, Is, life, man
Celebrities