Man is paraded through Mexico town for stealing a horse

Thief is stripped to his underwear, beaten and paraded through central Mexico town before being tied to a pole after stealing a horse

This is the shocking moment a thief stripped down to his underwear was paraded through a town in central Mexico state of Puebla after he was caught stealing a horse.

According to local press, word quickly spread through social media after the horse had been stolen in San Lorenzo Chiautzingo on Tuesday afternoon.

Residents searching for the horse spotted the suspect, identified as 26-year-old Yahir, walking the animal through the pastures of a farm.

At least 50 villagers intercepted Yahir before they nearly stripped him naked and beat him. 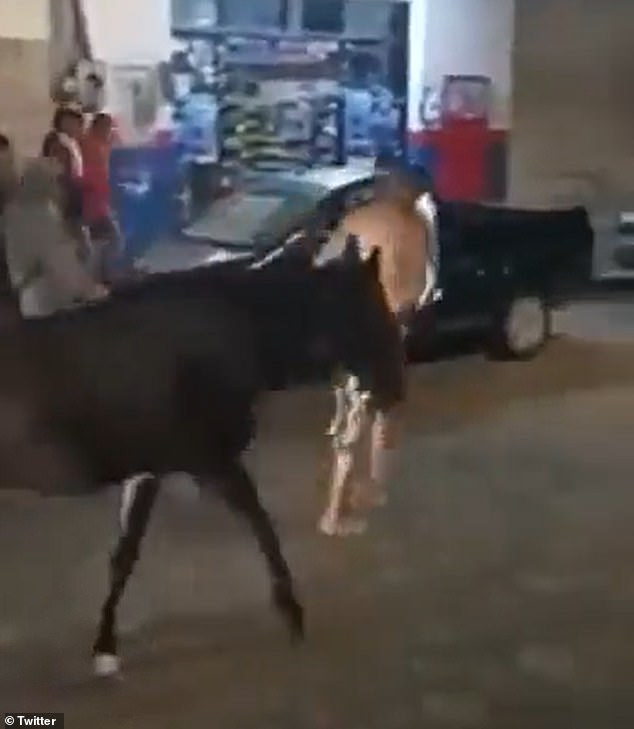 A 26-year-old man identified as Yahir was paraded through the streets of the central Mexico town of San Lorenzo Chiautzingo on Tuesday night when residents captured him for stealing a horse. He was beaten and stripped down to his underwear before he was forced to walk with the horse and tied to a pole outside the city hall building, where authorities arrested him 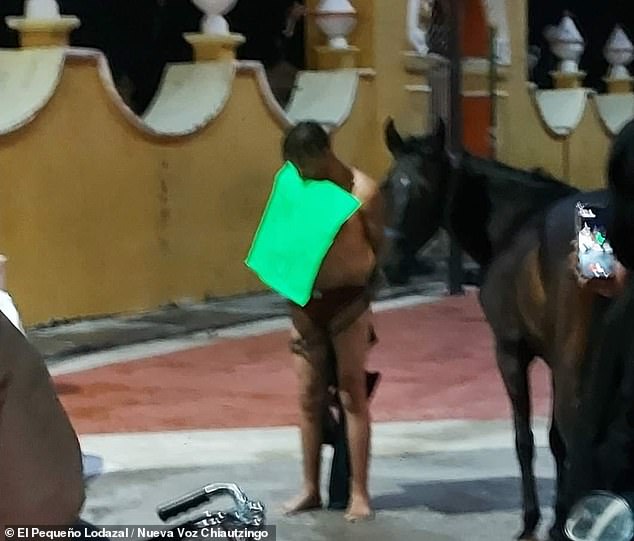 Authorities launched a search to find Yahir and avoid a possible lynching but were unable to find their whereabouts.

Video footage showed a barefooted Yahir with a sign wrapped around his chest that read ‘thief’ as he held onto the horse’s reins and walked it down the middle of a street.

The angry crowd tied Yahir to a pole in front of a local church and the San Lorenzo Chiautzingo city hall building until municipal police agents arrived and seized control of the situation.

Yahir was taken to a local police station. It’s unknown if he had been charged for stealing the horse. 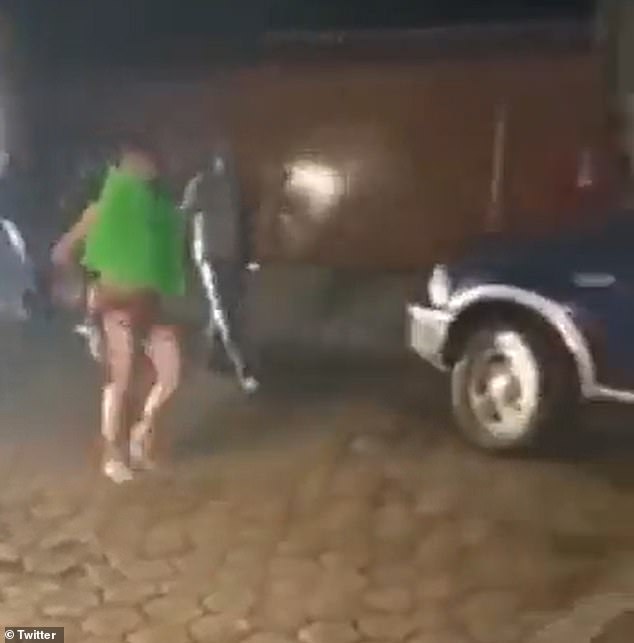 Yahir was beaten and was stripped of all his clothes, except his underwear, after he was caught with the horse he had stolen while he walked it through a farm in San Lorenzo Chiautzingo, Mexico, on Tuesday. He was then forced to walk the horse to the city hall building where he was tied to a pole before cops arrived and arrested him

Residents throughout Mexico have been known to take matters into their own hands when busting suspects committing crimes, in some instances setting them on fire and killing them.

A 2019 report on mob killings that was conducted by the National Commission for Human Rights found that an average of 84 lynchings were reported from 2015 to 2018. A total of 336 attempted killings were documented by authorities during that four-year stretch.

‘Collective violence illustrates the tiredness of the community that demands justice, which they have not perceived in years,’ the National Commission for Human Rights said.