A Melbourne man who fatally shot his daughter and son-in-law on their doorstep as they returned home from celebrating their first wedding anniversary has pleaded guilty to their murders.

Osman Shaptafaj, 56, on Wednesday pleaded guilty to murdering Lindita and Veton Musai on New Year’s Eve in 2019. The couple were entering the family home in Yarraville in Melbourne’s inner-west when they were shot from behind. 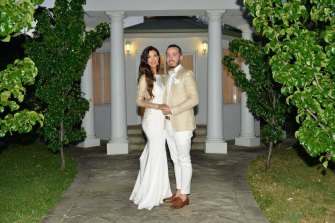 In May last year, Shaptafaj pleaded not guilty by way of mental impairment to two charges of murder, and the case was moved to the Supreme Court of Victoria.

At the end of January, his lawyers told the court they had instructions that Shaptafaj would change his plea to guilty.

However, just hours before a hearing on February 9, the court heard Shaptafaj had changed his lawyers and the case was adjourned while new representation was arranged.

On Wednesday, Shaptafaj’s new lawyer, Sandra Gaunt, told the court she had received instructions from her client and he would plead guilty.

“I can confirm the matter can proceed as was intended in that he will enter pleas of guilty to the charges,” she said.

The charges against Shaptafaj were read out to the court and he was asked how he would plead.

“I plead guilty,” he responded.

A half-day plea hearing will take place on May 7. 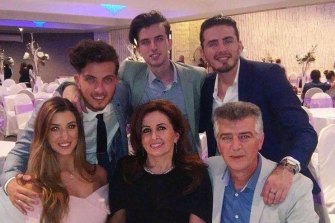 Mr and Ms Musai met in their late teens and were together for about five years before they married. They were planning on having children and were two weeks away from moving into their own home when they were murdered.

They were shot from behind at the front door of the Musai family’s Yarraville home on Salisbury Street, where the couple had been living.

The pair had just returned on New Year’s Eve from a short trip away celebrating their first wedding anniversary. 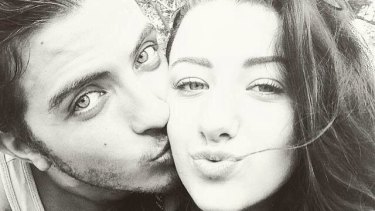 Veton and Lindita several years ago. The pair had been together for five years when they were killed. Credit:Facebook/Veton Musai

After the incident, Shaptafaj, Ms Musai’s estranged father, was rushed to hospital with gunshot wounds where he remained for some time under police guard.

He had not had contact with his daughter for many years.

The family of Mr and Mrs Musai described them as a “fairytale couple”.

“To say they were happy together is an understatement,” Mr Musai’s elder brother Drilon told The Age the week after the tragedy.

“You hear people talk about other couples and how much love they have for one another but this was truly something else.”