An IT expert fixing up a MacBook has been left retching after finding the laptop infested with cockroaches, eggs and faeces.

Ben Nash from iFix on the New South Wales Central Coast opened up a customer’s MacBook to find it infested with cockroaches, their eggs and poo.

Dubbing it the ‘PooBook Pro’, Mr Nash who is terrified of cockroaches could not believe someone would let their laptop get that bad. 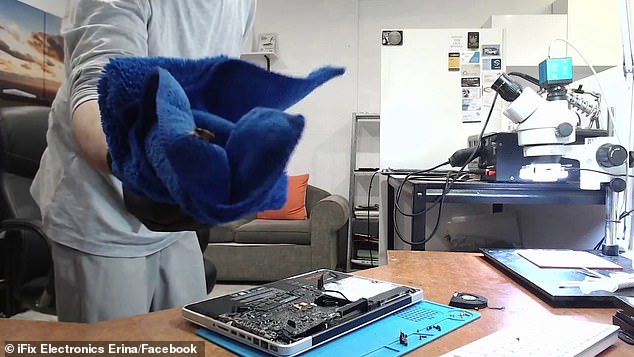 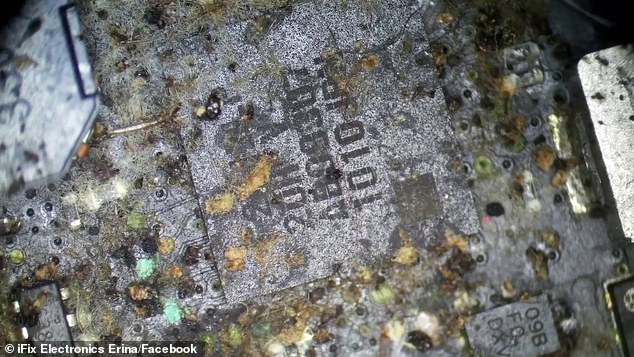 He recorded himself repairing the computer and as he is unscrewing the back said he ‘can hear something in there moving’.

He explained that cockroaches on motherboards are the leading causes to failure because they ‘sh*t on them and it starts to corrode’.

Once he finally unscrewed the motherboard he confirms there are several cockroaches hiding in the laptop.

He grabs one with a towel and holds it up to the camera.

Mr Nash then holds up the laptop showing the faeces and asks, ‘how do you even let your laptop get like this?’

Shocked at what he’s already seen, he then brings the motherboard to the magnifier and shows eggs trapped and a big cockroach moving under the speaker.

‘Yuck, I can’t even explain the smell, oh God.’

The back of the laptop is also shown to be covered in faeces.

As he proceeds to get rid of the cockroach faeces, Mr Nash is seen retching and coughing because of the funky smell.

At the end of the video, a happy Mr Nash shows off the clean laptop. 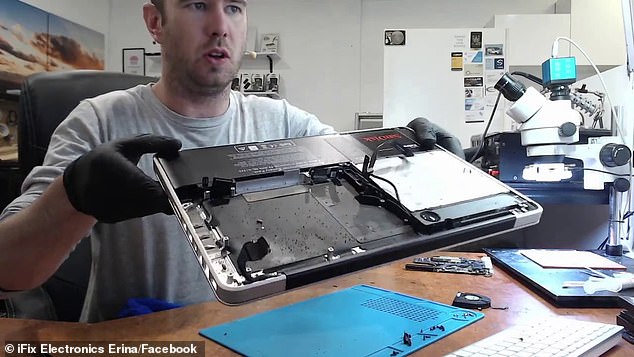 Mr Nash then holds up the laptop showing the faeces and asks, ‘how do you even let your laptop get like this?’