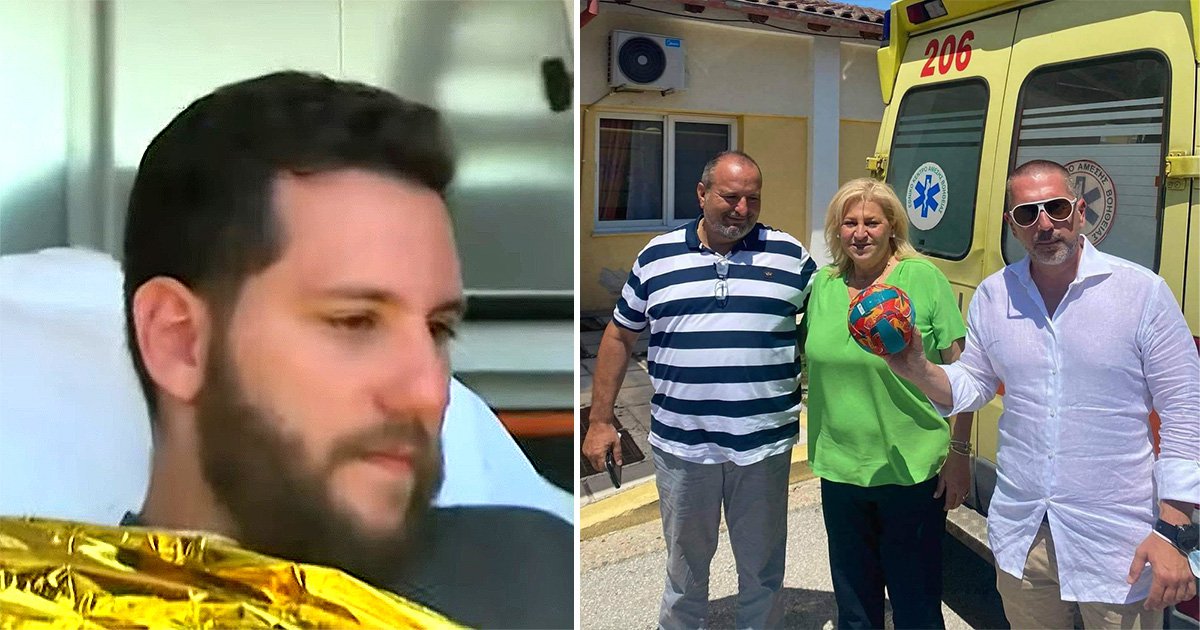 This is the incredible story of how a tourist survived being swept out to sea thanks to just a small inflatable ball.

The holidaymaker known only as Ivan, 30, found himself in difficulty on Saturday when he became caught up in powerful currents off the coast of Myti Beach in Kassandra, Greece.

Friends worried about him going missing alerted the coastguard – but Ivan, from North Macedonia, was declared lost at sea.

But miraculously his life was saved when a child’s ball floated towards him in the ocean in a tale reminiscent of the film Cast Away, which stars Tom Hanks.

He clung onto the ball to help him float – until rescuers spotted him some 18 hours later.

Ivan was pulled out of the water on Sunday and has since recovered from his ordeal.

But sadly his friend Martin Jovanovski, who was also swept out to sea at the same time, remains missing as of yesterday.

Ivan’s amazing story has been covered extensively by the Greek media. A photo of him posing with the ball, his dad and the mayor of Kassandra, Anastasia Chalkia, has been shared widely.

And by coincidence, a mum who saw his story came forward to fill in the blanks about how Ivan survived.

She recognised the ball when she saw it on TV as the toy her sons had lost 10 days before the tourist was rescued.

Brothers Tryphon, 11, and Thanos, 6, had been playing with their favourite ball on Evgatis Beach, on the Greek island of Lemnos on June 30 when the sea swept it away.

But somehow sea currents pulled it 80 miles away from the island, and into Ivan’s path.

Ivan told local media after the rescue the ball was the reason for his survival – despite it only being half-inflated.