Manhunt for lone suspect in UK stabbings after 1 killed, 7 injured in Birmingham 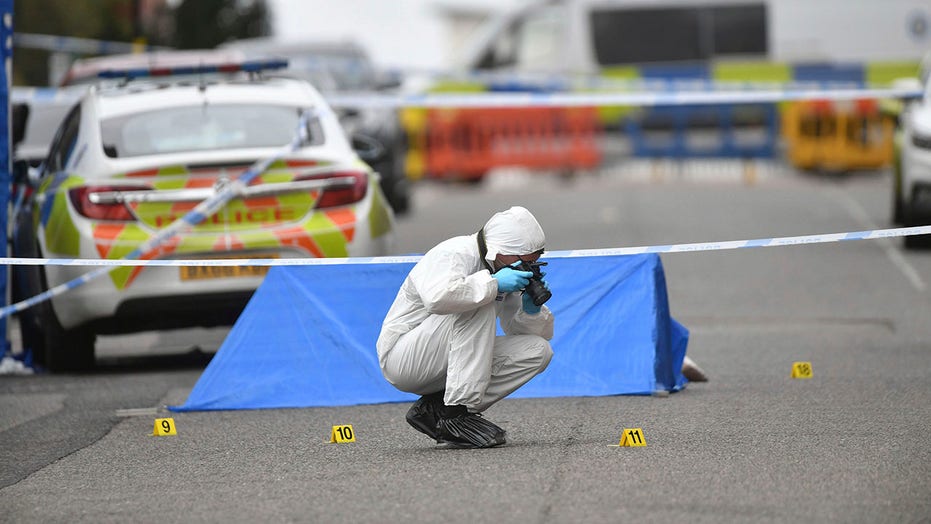 Police in England are searching for a lone suspect after a series of late-night stabbings in the city of Birmingham left one man dead and seven others injured, police said Sunday.

West Midlands Police said they launched a murder investigation after several stabbings in the city's busy nightlife center appeared to be linked.

While detectives were still investigating a motive, Chief Superintendent Steve Graham said “there is absolutely no suggestion at all that this is terror-related.”

“The events during the early hours of this morning are tragic, shocking and understandably frightening,” Graham said in a news release. 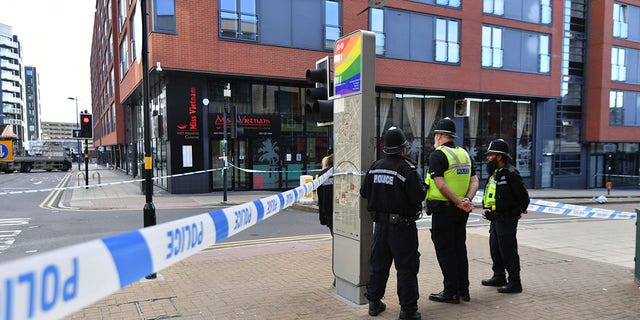 Police officers stand at a cordon in Hurst Street in Birmingham after a number of people were stabbed in the city centre on Sunday. (Jacob King/PA via AP)

Police responded shortly after midnight Sunday to reports of a stabbing in the Birmingham city center, an area full of bars, restaurants, and nightclubs. In the following two-hour period, police received several reports of other stabbings in the area.

Police said two of the seven injured people — a man and a woman — were in critical condition in hospitals. Five others received “relatively minor” injuries.

Police remained at the scene Sunday morning and cordoned off streets in the city center. Blue forensic tents were set up throughout the area.

The site of one attack is in the city's Gay Village, but Graham said there was no suggestion the crime was “motivated by hate.” 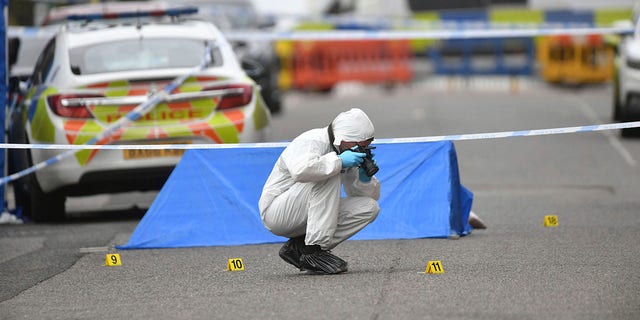 A police forensics officer taking photographs in Irving Street, in Birmingham after a number of people were stabbed in the city centre on Sunday. (Jacob King/PA via AP)

Cara Curran, a club promoter, told the BBC she saw multiple people fighting in the street.

“It was one group of boys against another group of boys,” she said, adding that “racial slurs” were being used.

Foreign Secretary Dominic Raab said it was “a very serious incident" and urged people in the city to remain "very vigilant."

Police have asked people in the city to be on alert and asked anyone who witnessed the incidents or who have CCTV or cellphone footage to contact investigators.

Britain has seen several recent knife attacks, including a stabbing rampage in a city park in Reading, near London, in June that killed three people. A Libyan man has been charged in those attacks.