The last supper: Great-grandfather, 71, gets his dying wish for one final cheeseburger as the hearse carrying his coffin goes through a Burger King drive-thru on the way to his funeral

A great-granddad has had his dying wish granted when the hearse carrying his coffin went through a Burger King drive-thru one last time.

Leonard Durkin’s funeral cortege pulled into Leeds Burger King, where an order was placed for a bacon double cheeseburger by the driver.

The freshly-cooked burger was then placed on the top of Mr Durkin’s coffin as surprised diners looked on. 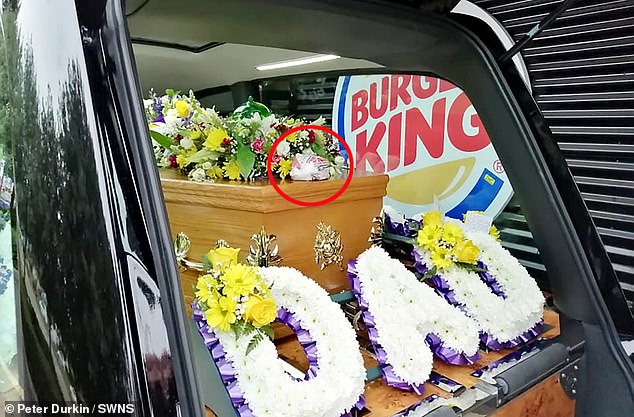 Leonard Durkin’s last wish was for his hearse to go to a Burger King drive-thru in Leeds, West Yorkshire 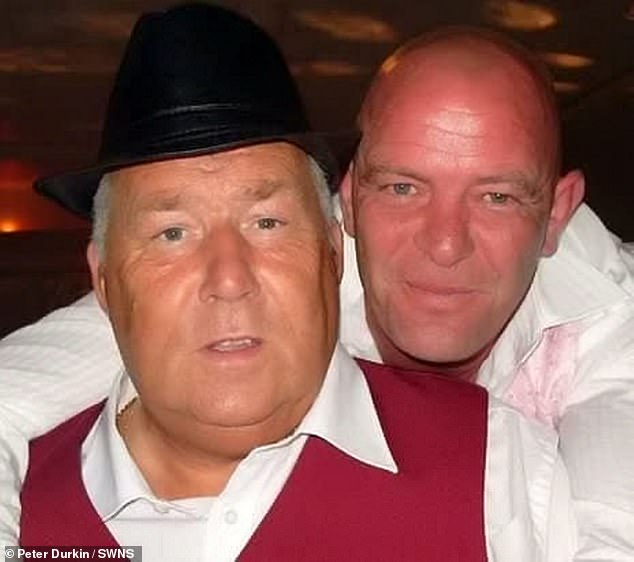 Mr Durkin, 71, would regularly visit the Leeds Burger King with his son Peter after visiting his wife’s grave

The cortege then travelled to a local crematorium where family and friends of Mr Durkin- who died aged 71 after a long history of heart problems – gathered for his funeral.

Mr Durkin’s son, Peter, 50, explained how his dad had asked for his favourite snack to be placed on his coffin before he died on May 28.

Peter said that both of them had regularly visited Burger King after going to his mum Mary’s grave and that his dad had requested the unusual tribute.

They had visited her grave weekly following her death two years ago.

At the end of the ceremony at a nearby crematorium, as the coffin was taken away to be burned, the Johnny Cash classic ‘Ring of Fire’ rang out over the sound system. 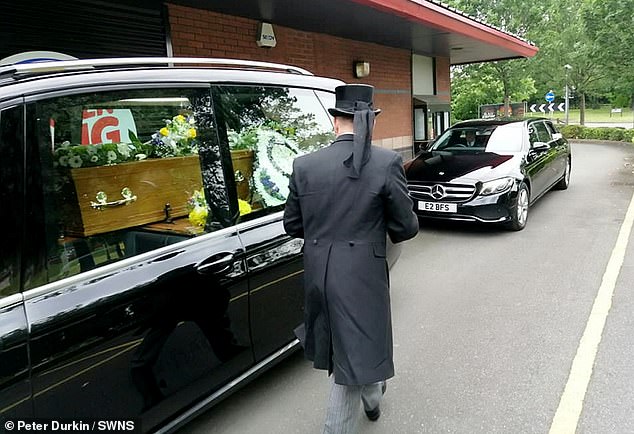 He passed away from heart failure last month after battling with illness for a number of years.

Broadband technician Peter said: ‘Dad had a brilliant sense of humour and before he died he said he wanted to do this.

‘He’ll be having a good laugh about this from up there.

‘We would always go and get something to eat after visiting the cemetery where my mum is. 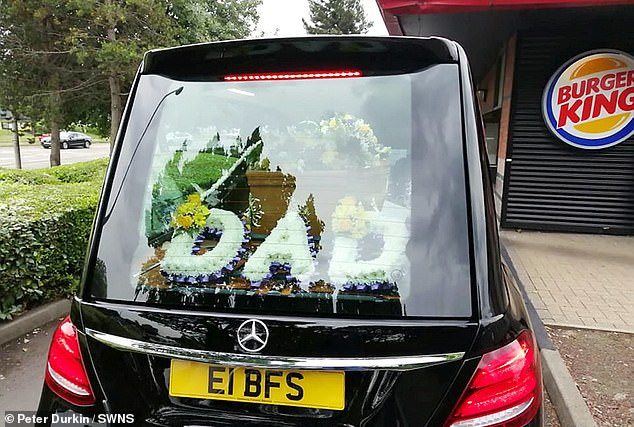 ‘Every time we went to Burger King he’d get a double bacon cheeseburger, so that was the one we got for him on the day of his funeral.

‘People on the street and inside the restaurant were nearly snapping their necks to get a look at us.

‘But the lady who served us at the window just acted like it was business as usual, she didn’t even raise an eyebrow.’ 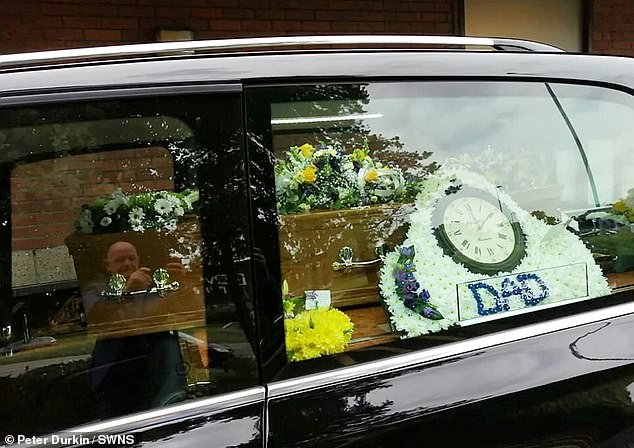 Adrian Benson of Bensons Funeral Directors, who helped Peter plan the funeral, said he was happy to honour the unusual request.

He said: ‘I can’t say anyone has ever requested to go through a drive-thru on the way to the service before.

‘We told the person serving us that the burger was for the man in the back, but I think the joke was a bit lost on them.’

Mr Benson added: ‘We try to go the extra mile to give people exactly what they want. 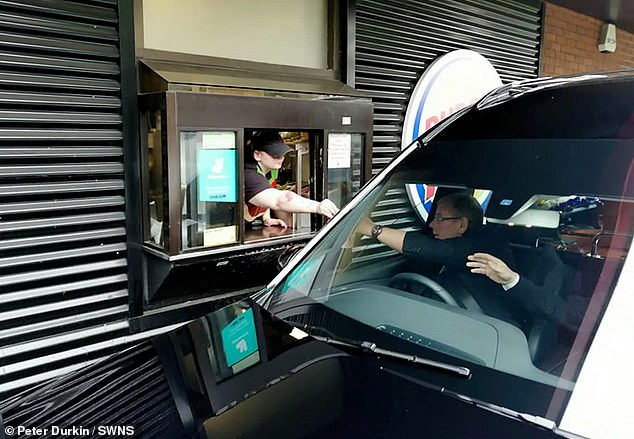 At the end of the ceremony at a nearby crematorium, as the coffin was taken away to be burned, the Johnny Cash classic ‘Ring of Fire’ was played

‘I made a visit to Burger King a week before to let them know we’d be coming.

‘Then the day before I took the hearse there on a trial run to make sure everything was going to go smoothly.

‘It went well in the end and everyone was happy.’