Organisers said 180,000 were in Victoria Park to commemorate the 1989 crackdown, as territory faces pressure from China. 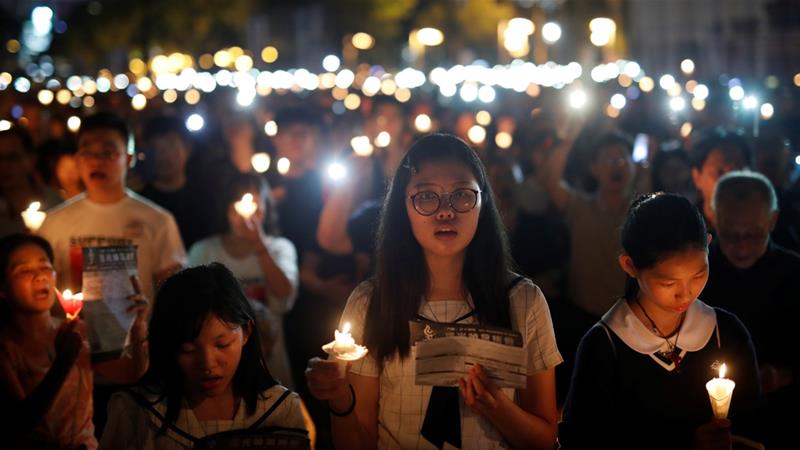 Tens of thousands joined a sombre candlelight vigil in Hong Kong on Tuesday to mark the 30th anniversary of Chinese troops opening fire on student-led democracy protesters in and around Tiananmen Square, as authorities in Beijing went into lockdown.

Demonstrators gathered in the financial hub’s Victoria Park, holding up candles and placards as others rallied next to a replica of the Goddess of Democracy statue, which was erected in Tiananmen Square during the 1989 demonstrations in Beijing and looked like the US Statue of Liberty.

Nearby, a life-size replica of Liu Xiaobo, the Chinese Nobel Peace Prize-winning political dissident who died in 2017 while in custody, floated in a waterway adorned with flowers.

As tens of thousands thronged Hong Kong for the annual vigil, censors at Chinese internet companies said tools to detect and block content related to the 1989 crackdown had reached unprecedented levels of accuracy.

In the former British colony of Hong Kong, which returned to Chinese rule in 1997 under a “one country, two systems formula” that guarantees rights and freedoms not seen on the mainland, organisers said 180,000 joined the peaceful vigil, filling six football fields.

Police authorities put the turnout at 37,000.

Analysts believe the high turnout is a reflection of a common concern people share on a new extradition law coming up in China.

In comparison, authorities in mainland China, where the anniversary remains taboo, deployed a security blanket in and around Tiananmen Square. China has never provided a death toll for the 1989 violence. Rights groups and witnesses say it could run into the thousands.

“Everybody is concerned about Tiananmen after 30 years,” Wei Fenghe, China’s minister of defence said on Sunday, in rare official comments about the repression.

“[In the past] 30 years, China, under the Communist Party, has undergone many changes. Do you think the government was wrong with the handling of June 4th? There was a conclusion to that incident. That was a political turmoil, that the central government needed to quell,” Fenghe added.

But analysts believe that the course of action China has taken has not led to good changes.

Richburg said the Chinese government has been able to successfully control dissent through several means, including creating “a massive surveillance state.

“They have also been able to isolate themselves by wrapping themselves in the nationalist flag, so any criticism of China becomes a criticism of the Chinese people and the Chinese culture .. the government has also been insulated by a very strong economy, they have been saying … leave us alone to rule the country, and we will keep the economy growing … just don’t get involved in politics.”

The vigil in Hong Kong is the largest on Chinese soil. Smaller vigils are held in the former Portuguese territory of Macau and the self-ruled island of Taiwan, which China claims as its own. 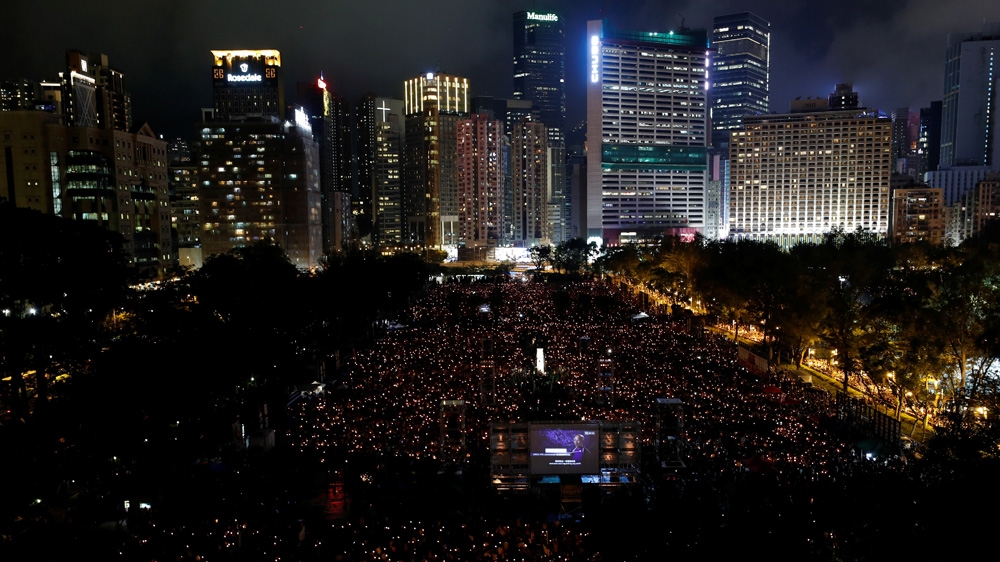 Tourists thronged Tiananmen Square earlier on Tuesday amid tighter-than-usual security, although most visitors approached by Reuters said they were unaware of the bloody crackdown on student-led protests 30 years ago, or would not discuss it.

The anniversary of the repression is not spoken of openly in China and is not formally marked by the government.

A 67-year-old man surnamed Li, sitting on a bench about a 10-minute walk from the square, said he remembered the events of June 4, 1989, and its aftermath clearly.

“I was on my way back home from work. Changan Avenue was strewn with burned-out vehicles. The People’s Liberation Army killed many people. It was a bloodbath,” he said.

Asked if he thought the government should give a full account of the violence, he said: “What’s the point? These students died for nothing.”

Tiananmen also remains a point of contention between China and many Western countries, which have implored Chinese leaders to account for giving the People’s Liberation Army (PLA) the order to open fire on their own people.

China’s foreign ministry denounced criticism by US Secretary of State Mike Pompeo, who called for China to release all political prisoners and offered his salute to “the heroes of the Chinese people who bravely stood up 30 years ago in Tiananmen Square to demand their rights”.