Meghan Markle’s father says he would be willing to give evidence against her in a defamation lawsuit being waged by her half-sister Samantha, 57.

Thomas Markle, 77, made the comment as he hosted the upcoming debut episode of his own Youtube channel alongside friend Karl Larsen.

The channel is said to be a weekly topical review of current events, including Mr Markle’s royal daughter and son-in-law, The Sunday Mirror reports.

The first episode – due to air tomorrow – shows Mr Markle discussing the upcoming lawsuit and whose side he’s on.

Mr Markle said: ‘I’m standing up for my oldest daughter, Samantha. In this case, she should win… I would appear in a deposition in this case, if it came to it.’ 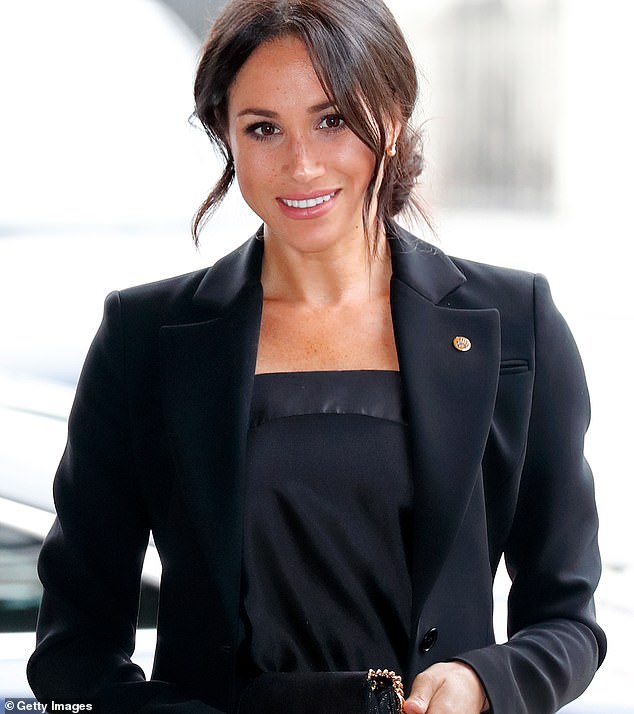 The defamation claim was lodged in Florida last week and sees Samantha, 57, suing the Duchess of Sussex for $75,000 (£57,000) – claiming her sister ‘lied’ in her interview special with Oprah Winfrey in March last year and also in details given to the authors of her biography Finding Freedom.

In the interview, the 40-year-old duchess said she had spent little time with her half-sister while growing up and had not seen her in ’18 or 19 years’.

And when asked by Winfrey about Samantha’s ‘tell-all’ book, ‘The Diary of Princess Pushy’s Sister’, the duchess said: ‘I think it would be hard to tell all when you don’t know me.

‘I don’t feel comfortable talking about people that I really don’t know. I grew up as an only child, which everyone who grew up around me knows.’ 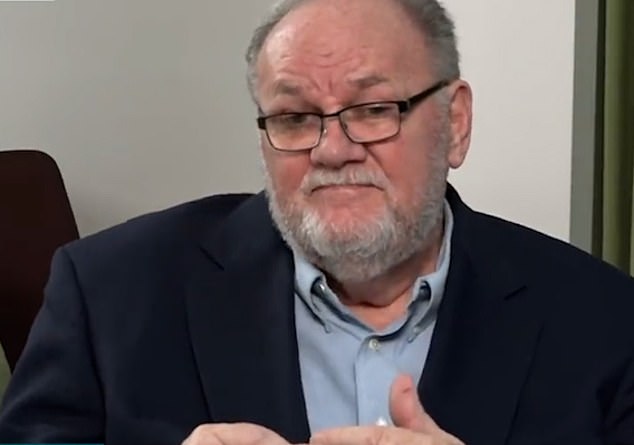 The duchess’s father Thomas Markle, 77, said he would give evidence against her if the lawsuit led to a deposition

According to documents seen by TMZ, Samantha claimed the lawsuit harmed her book sales and she also took issue with claims she had changed her surname back to Markle when Meghan began seeing Prince Harry.

Lawyer Michael Kump, representing Meghan, said: ‘This baseless and absurd lawsuit is just a continuation of a pattern of disturbing behavior.

‘We will give it the minimum attention necessary, which is all it deserves.’

Thomas Markle and his friend Mr Larsen were reportedly influenced in setting up their show by successful podcasts from royal biographer Lady Colin Campbell and US podcast legend Joe Rogan. 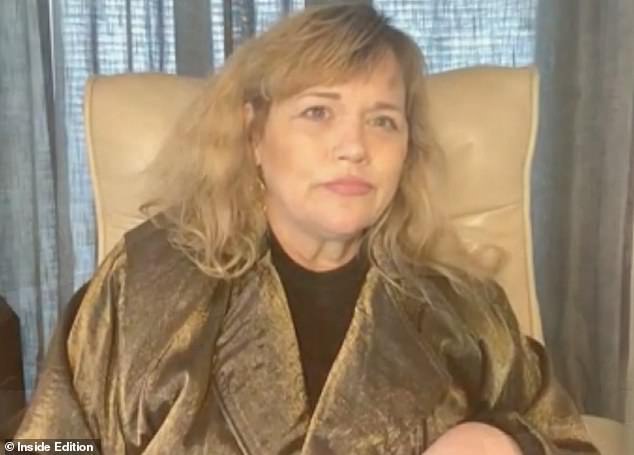 Samantha Markle, the estranged half-sister of Meghan, is firing back at comments the duchess made about their relationship

In November, Meghan Markle apologised to the Court of Appeal after failing to remember she told a royal aide to brief the authors of her Finding Freedom biography, Omid Scobie and Carolyn Durand.

The Mail on Sunday had sought to defend itself against Meghan’s claims that it unlawfully breached her privacy by publishing extracts of a letter to her father Thomas Markle, which appeared in the book.

The Duchess of Sussex, who previously insisted she and Prince Harry did not co-operate with the two writers of the book, said she had ‘forgotten’ providing the aide details of what to reveal ‘when you sit down with them’.

The messages, revealed by the duchess’s former communications secretary Jason Knauf, showed she sent information about her half-siblings Samantha and brother Thomas Jr for the book.

But she said: ‘I had absolutely no wish or intention to mislead the defendant or the court.’

The paper lost its appeal the following month.