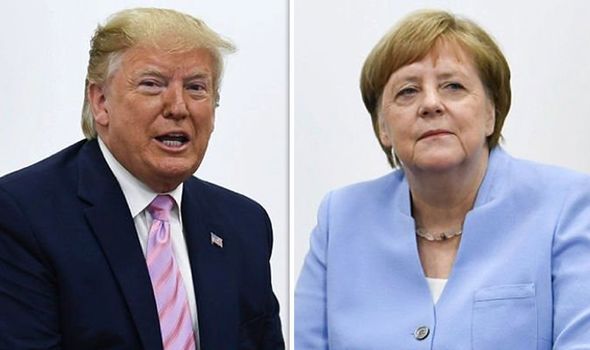 The President was scheduled to meet the German Chancellor but delayed his meeting in order to release a tweet scathing the Democratic debate. Reported by Associated Press reporter, Jonathan Lemire, the President was “running late” for the meeting after tweeting about the debate. Just before meeting the German Chancellor, Trump tweeted: “All Democrats just raised their hands for giving millions of illegal aliens unlimited healthcare.

“How about taking care of American Citizens first!?

“That’s the end of that race!”

In a tweet, Mr Herman reported Trump as saying: “‘I just passed a television on the way here.’ says POTUS in meeting with Merkel, telling her about the Democrat Debate on air now back home.” 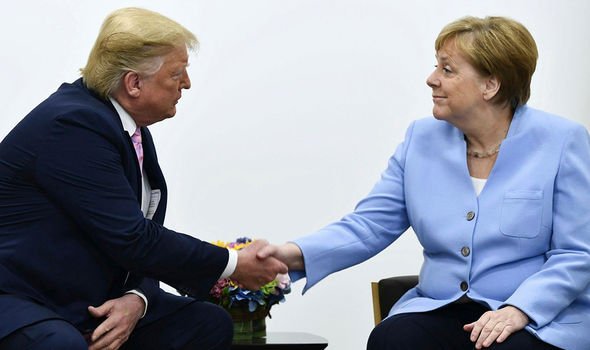 Trump’s tweet follows after he savaged the first Democratic debate on Wednesday night.

With the first 10 candidates taking to the stage to showcase how they could take on Trump in the 2020 residential election race, Trump simply said “BORING!”.

Trump’s latest attacks come as he issued a warning to the world, ahead of the G20 summit in Japan.

In the build-up to the G20 summit, Trump boasted that the US would go to war if its ally, Japan were attacked. 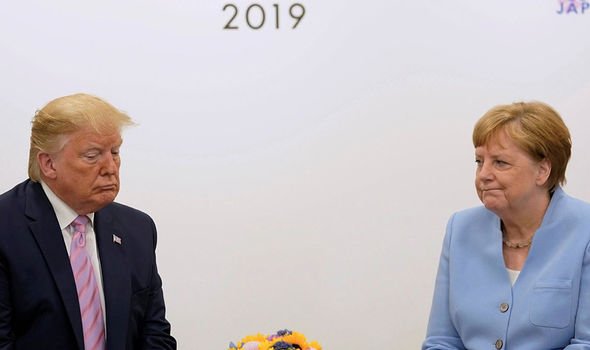 Speaking to Fox News’ Business Network, Trump said: “If Japan is attacked, we will fight World War 3 with our lives and with our treasure.

“If we’re attacked, Japan doesn’t have to help us at all.”

Trump also insisted that if the US were under attack, Japan “could watch in on a Sony television”.

The G20 summit is an annual meeting of leaders from the countries with the largest and fastest-growing economies.