The Met Office has issued several severe weather warnings for the coming days after Britons basked in a glorious heatwave which saw temperatures surge to 37C at times. But what do the forecaster’s latest updates reveal about predicted weather conditions for these impending thunderstorms?

The stiflingly hot weather is due to continue across the UK with heatwave conditions creating an ideal environment for thunderstorms for many.

But the Met Office has issued three weather warnings for Wednesday and Thursday advising of heavy rain and increasing risks from flash flooding, lightning and hail meaning an end to the sunshine and warm weather for some areas.

On Wednesday the forecaster has advised of early thundery rain clearing northeast Scotland during the morning, perhaps a few thunderstorms redeveloping later over the Highlands.

Elsewhere conditions will still be hot or very hot, but the heatwave conditions will be broken up with scattered but possibly intense thunderstorms developing during the afternoon into the evening. 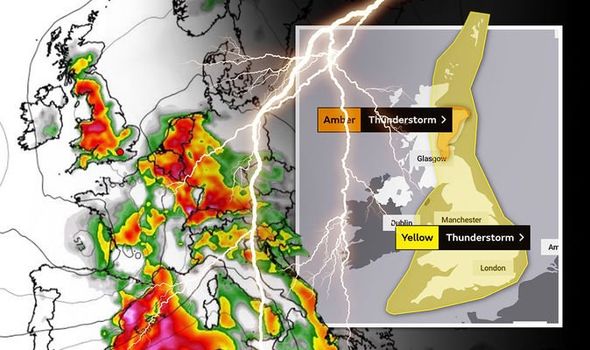 The Met Office updated its warnings for thunderstorms on Wednesday because the warning has been moved to into the high impact column given the potential for some very high rainfall rates in a short period of time on Wednesday afternoon/evening.

The warning in place on Wednesday advises of thunderstorms may develop on Wednesday afternoon bringing the potential for disruption.

The warning reads: “During Wednesday afternoon some thunderstorms may develop over the high ground of Scotland.

“Whilst most areas will see a dry day, where these thunderstorms do develop they are likely to be very intense with the potential for 30m to 40mm of rain in less than an hour along with frequent lightning and large hail.

“These thunderstorms should die out later in the evening.” 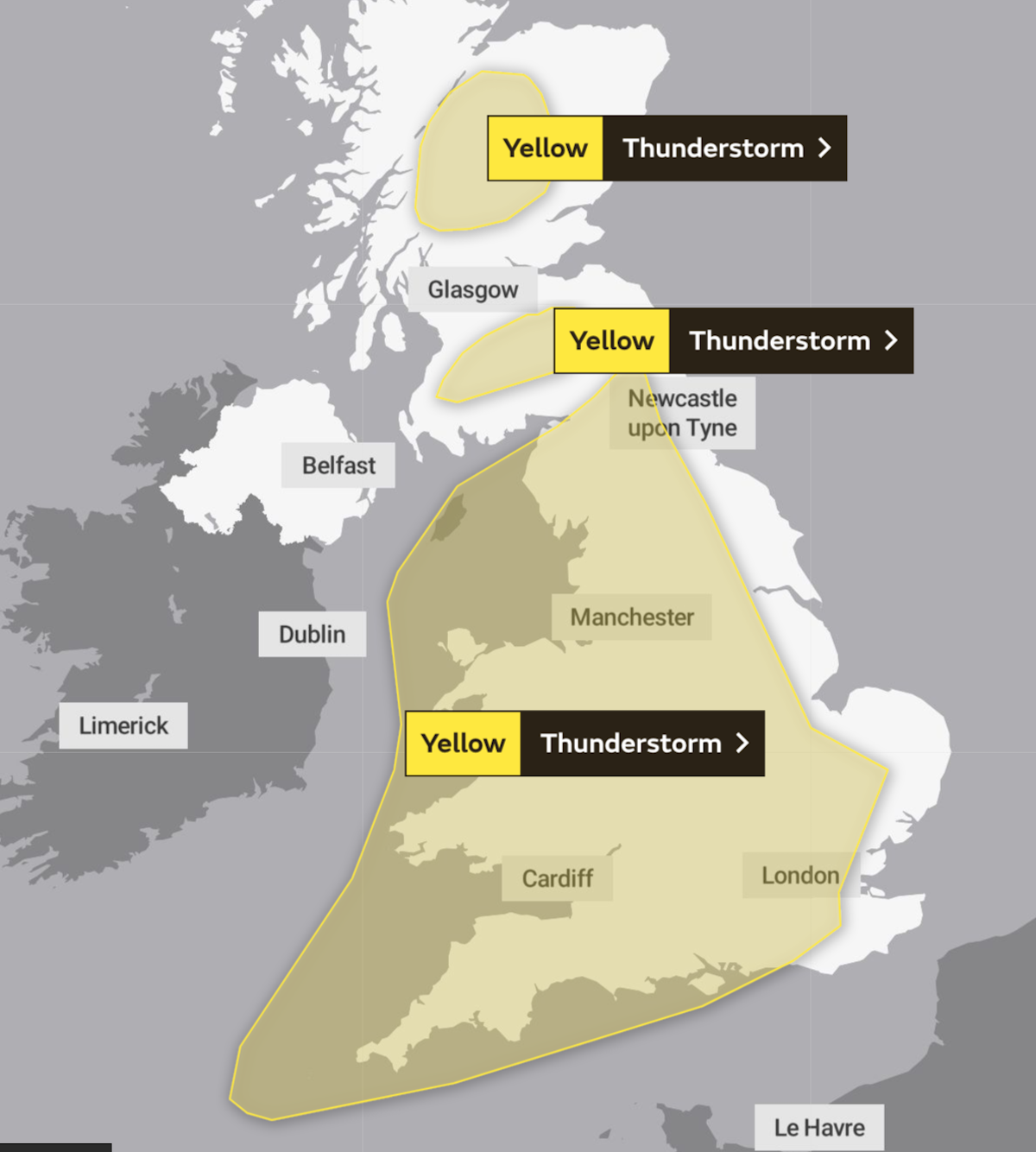 Predominantly, the first weather warning on Wednesday covers all of Wales and most of England from midnight to 11.59pm.

The following regions of the UK are included in this warning:

The other two warnings on Wednesday are in effect across parts of Scotland, predominantly the following regions: 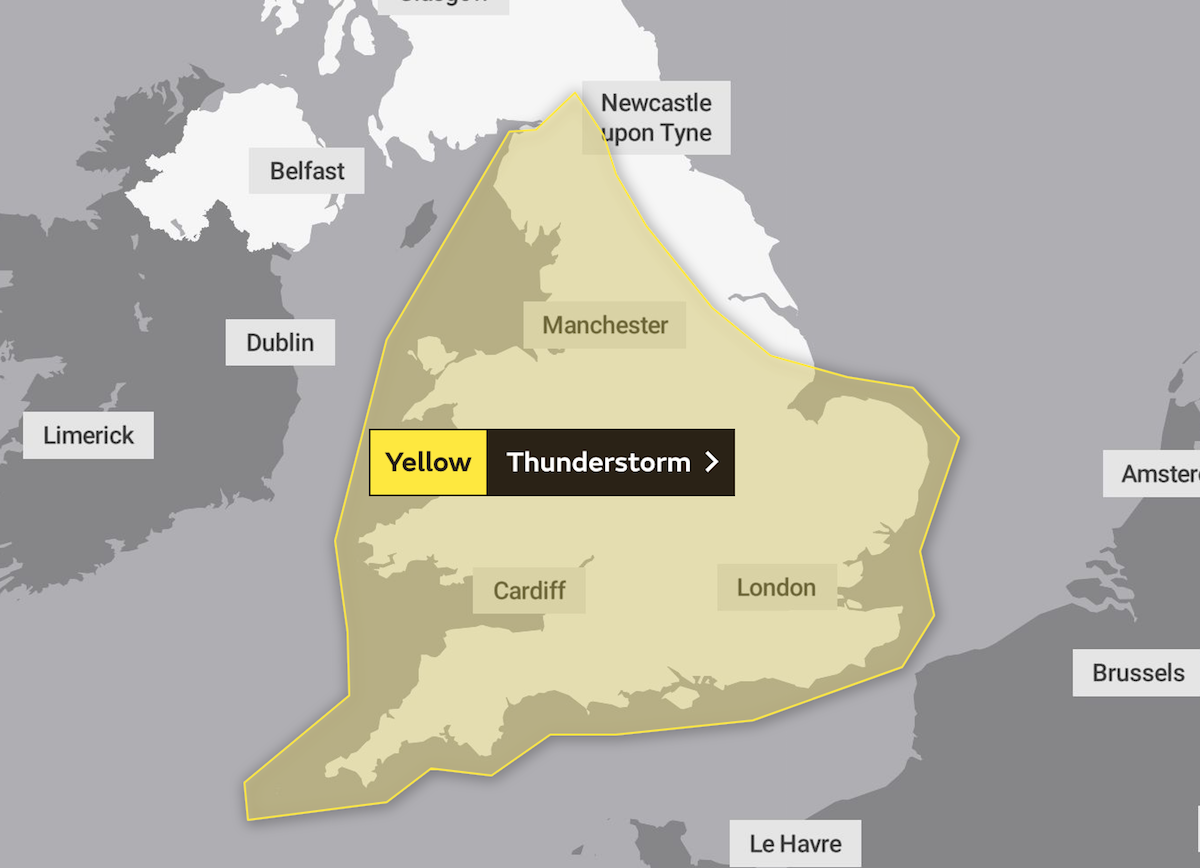 The Met Office has implemented another yellow weather warning for thunderstorms across parts of England and Wales on Thursday.

The warning for thunderstorms, which is in force from midnight to 11.59pm on Thursday, warns of some intense thunderstorms which may occur.

In some cases these forbidding storms will be associated with torrential rain, large hail and frequent lightning, as well as strong gusty winds.

Rainfall totals could reach up to 1.6 inches (30mm) could fall in just one hour, with some locations potentially receiving up to 2.4 inches inches (60mm) in three hours, however these levels will likely be confined to isolated areas.