THE Met Police will apologise to the family of two murdered sisters for the way it responded when the siblings were reported missing in North London.

A watchdog probe slammed the force's “failings and unacceptable service” given to the family and friends of Nicole Smallman and Bibaa Henry, who were found stabbed to death in a Wembley park. 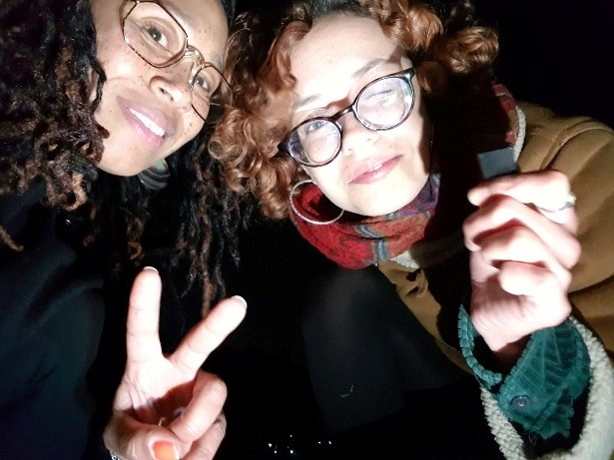 Danyal Hussein, 19, slaughtered Bibaa, 46, and her 27-year-old half-sister Nicole in a "frenzied" and "savage" attack in June last year.

The Independent Office for Police Conduct (IOPC) said today that the Met Police Service (MPS) "has been advised to apologise to the family of Nicole Smallman and Bibaa Henry for failings identified by an IOPC investigation, into the way it handled missing persons reports about the sisters.

"We found the level of service provided to their family and friends over the weekend following their disappearance was unacceptable.

"As a result, an MPS inspector and a civilian staff member must undertake unsatisfactory performance procedures to address and improve their professional capabilities.

"A call handler will also receive management action after they referred to a missing person as a ‘suspect’ and appeared dismissive during a call with a friend of one of the sisters.

"The caller contacted the MPS for advice after a pair of glasses had been found close to the area where their bodies were subsequently found."

The IOPC said that the sisters had been reported missing "between the evening of Saturday June 6 and Sunday June 7" after celebrating Bibaa's birthday at Fryent Park, Wembley.

Although a missing person investigation was started, the IOPC said: "We established that the duty inspector did not progress the missing person report for Ms Smallman and did not allocate actions to officers during the evening of 6 June.

"A missing person report was not created in respect of Ms Henry until 7 June, even though she was classified as missing on the police log.

"This prevented action being taken to find her, which was a breach of the MPS’ missing person policy.

"We also found there was confusion around who had responsibility and oversight of the missing persons investigation between the initial risk assessment and when the next assessment would have been due 24 hours later.

"This led to inadequate record keeping on the missing persons report, which hampered officers beginning their shift on 7 June."

If we had responded better, we may have saved their friends and family immeasurable pain

It added: "A search by the sisters’ families and friends of the last known location where the sisters were together led to the discovery of their bodies at 1.18pm on 7 June in Fryent Country Park."

The force said it agreed the level of service provided over the weekend they were reported missing was below standard.

The Met said no misconduct was found in regards to an officer and two members of police staff, but action will be taken over their performances, which was deemed inadequate.

There was no suggestion racial bias played any part in how the missing persons reports were dealt with, it added.

Met Commissioner Cressida Dick said: "My thoughts and deepest sympathies are with the family and friends of Nicole and Bibaa for their tragic losses.

"The way we responded to information that Nicole and Bibaa were missing that weekend was below the standard we should have achieved and compounded the distress felt by their loved ones.

"While we know that very sadly Nicola and Bibaa had been murdered in the early hours of Saturday June 6 2020, before they were reported missing, if we had responded better we may have saved their friends and family immeasurable pain."

Their killer, who was found guilty of double murder in July 2021 following a trial at the Old Bailey, is scheduled to appear for sentencing this week in London.