They contend the government of Mexican President Andres Manuel Lopez Obrador fabricated the charges when it arrested them on June 5. 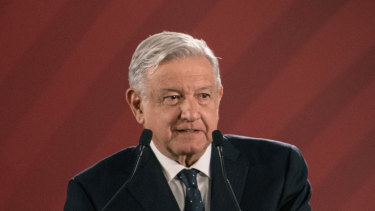 Sanchez said that "we're the first political prisoners in the 'fourth transformation." That's an allusion to a term Lopez Obrador uses to signify drastic changes envisioned by his government.

Lopez Obrador said last week: "We don't act against anyone to stay on the good side of a foreign government."