Michel Barnier wants to limit role of ECJ in France

Michel Barnier was branded a hypocrite last night after calling for France to take back control of its sovereignty from the EU’s courts.

During talks with the UK, the EU’s former chief Brexit negotiator insisted that obedience to the European Court of Justice (ECJ) was a pre-requisite for free-flowing trade.

But Mr Barnier, who is now considering a run at the French presidency next year, yesterday said the role of the ECJ in France should be limited. In an extraordinary intervention, he said: ‘We must regain our legal sovereignty so that we are no longer subject to the rulings of the European Court of Justice or the European Court of Human Rights.’ 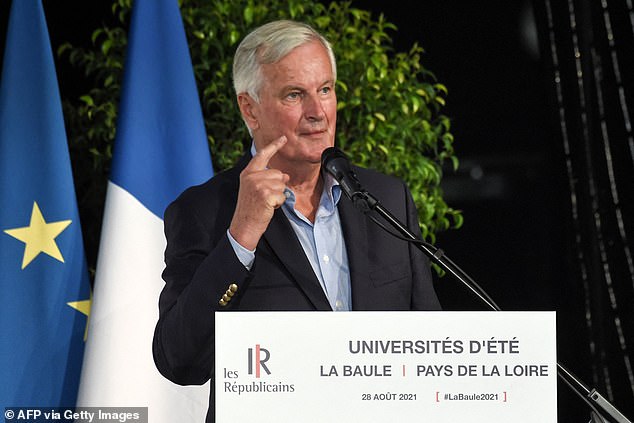 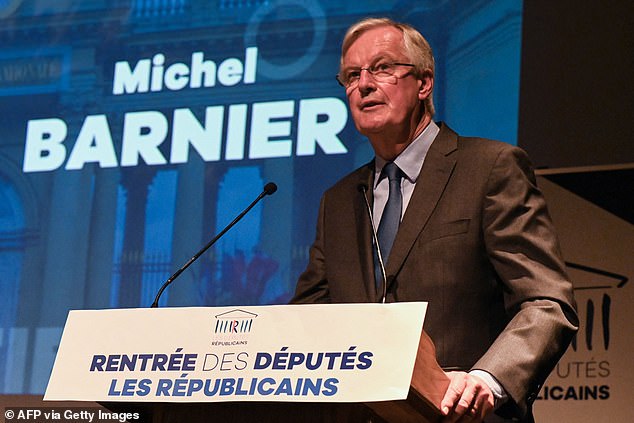 During the Brexit talks, Mr Barnier tried to get the UK to sign up to ECJ oversight – a move that was resisted by Boris Johnson and chief negotiator Lord Frost

Mr Barnier also called for a referendum on banning non-EU immigration to France.

During the Brexit talks, Mr Barnier tried to get the UK to sign up to ECJ oversight – a move that was resisted by Boris Johnson and chief negotiator Lord Frost.

But he succeeded in persuading the UK to continue with the European Convention on Human Rights as part of the Brexit trade deal. Last night, Mr Barnier clarified that he was not calling for France to pull out of the institutions but wanted a ‘constitutional shield’ to protect France from their rulings on immigration.

Tory MP Michael Fabricant accused Mr Barnier of ‘breathtaking hypocrisy’ and said he appeared to be calling for ‘Frexit’ from the European Union.

He added: ‘This is the same Michel Barnier who during the Brexit negotiations tried to belittle the UK for demanding control over our courts and our borders. Now he wants the same for France.’

Former minister Simon Clarke said: ‘This is ironic in the extreme: Barnier preaching the merits of national sovereignty to curb the over-powerful EU and European Court of Human Rights.’

And Nigel Farage said that Mr Barnier’s adoption of Eurosceptic arguments made him ‘the biggest hypocrite ever’.

Mr Barnier’s hardline stance on immigration reflects rising concern in France that the country is unable to control its borders.

However, the 70-year-old is thought to have little chance of succeeding Emmanuel Macron in next year’s presidential elections, as the National Rally’s Marine le Pen has championed the anti-immigration issue for years.

Earlier this year, Mr Barnier called for France to halt non-EU immigration for up to five years. The politician claimed there are ‘links’ between immigration and terrorism and called the EU’s external borders a ‘sieve’.

But during the Brexit negotiations he resisted Britain’s efforts to take back control of its own borders, insisting that frictionless trade was only possible if the UK accepted the EU’s free movement rules.

He said that the relationship was unbalanced, with Berlin becoming too powerful – and called for France to reassert itself.

The former French minister won plaudits in Brussels for his hardline stance on Brexit during more than two years of negotiations with the UK.

And last year, the campaign group European Movement Ireland voted him ‘European of the Year’.

But his recent comments have left former admirers aghast.

Mujtaba Rahman, a former European Commission official, said Mr Barnier was ‘embarrassing himself, and the rest of Europe’.