The crash happened around 11:15 a.m. between the 4000 blocks of Tejas and Dakota in Lake Worth Texas, about two miles northeast of Joint Reserve Base Fort Worth. 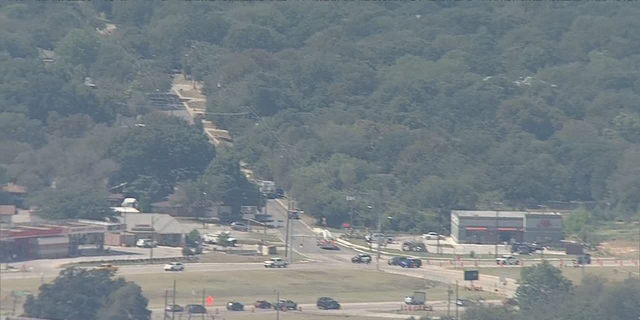 The U.S Navy has identified the aircraft as a T-45C Goshawk jet trainer assigned to Training Air Wing 2 at Naval Air Station in Kingsville, Texas.

The two pilots ejected themselves before the crash. One of the pilot’s parachutes got caught in powerlines, while the other pilot was found nearby, Lake Worth Police Chief J.T. Manoushagian said.

Both pilots have been transported to medical facilities for evaluation and are in stable condition.

The aircraft had been conducting a routine training flight that originated from Corpus Christi International Airport, according to the Chief of Naval Air Training.

The residents of the damaged homes were displaced and a Red Cross team was on scene to assist them. No injuries were reported.

Multiple agencies, including the Forth Worth police and fire department, were on scene assisting. 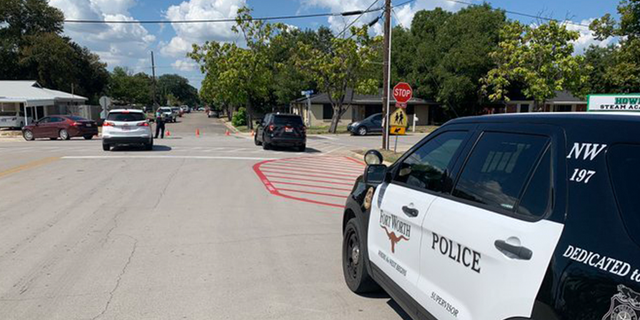 Police on the scene of the crash site.
(Fox 4)

The two to three blocks surrounding the crash site had the power cut and is expected to remain without it for a few days, police said during an afternoon press conference. The impacted area includes between 60 to 70 residents.

Several homes sustained minor damage but given the circumstances, it “could have been much worse,” Lake Worth Fire Chief Ryan Arthur said.

The crash happened about a block away from NA Howry Middle School but school operations are not expected to be affected tomorrow.

Lake Worth police have asked any residents who find debris to leave it in place and call the department’s non-emergency phone number, 817-237-1224.

The exact cause of the crash remains unknown. Investigators are expected to be on scene through the night and into the morning.