Millionaire barrister WINS legal fight to keep his daughter in state school after his artist ex-wife demanded £230,000 to send the 15-year-old to private school

A millionaire barrister who grew up on an Essex council estate has won a legal fight to keep his 15-year-old daughter in a London state school, after his ex-wife demanded a £230,000 lump sum for private education.

55-year-old Jason Galbraith-Marten KC has been repeatedly pursued in court by former spouse Catherine de Renée, a portrait artist, since their split in 2009 after two and a half years of marriage.

Ms De Renee, 45, was unhappy with the £72,000 financial settlement she received following their divorce, while Mr Galbraith-Marten remained in his £1.6million home in Fulham with his current wife.

The Australian-born artist, who specialises in ‘sensual’ female portraits which she says create a ‘mood filled with drama, intensity and lingering eroticism,’ said she was left relying on benefits.

In 2019, Ms de Renée was banned by a judge from launching further legal challenges without permission after several ‘fabricated’ allegations against Mr Galbraith-Marten, including criminal behaviour ranging ‘from attempted murder’ and ‘attacks on her cat’.

However, he has granted her permission to pursue increased child maintenance payments, as Mr Galbraith-Marten’s career has become much more successful since the previous order was made. 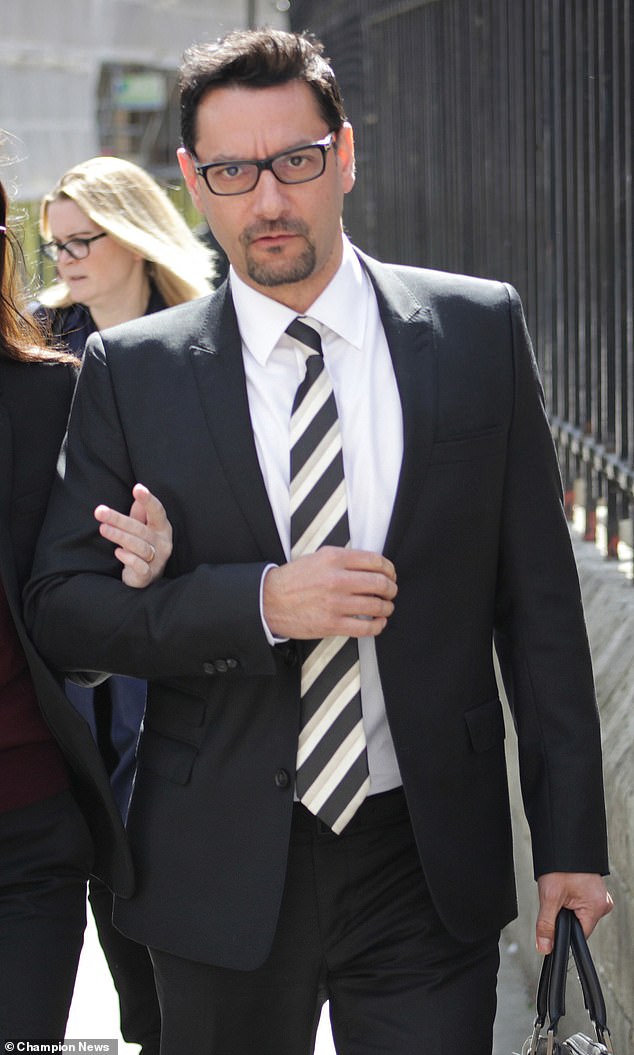 Jason Galbraith-Marten KC, 55, grew up on an Essex council estate and rose to become one of the top employment barristers in the country 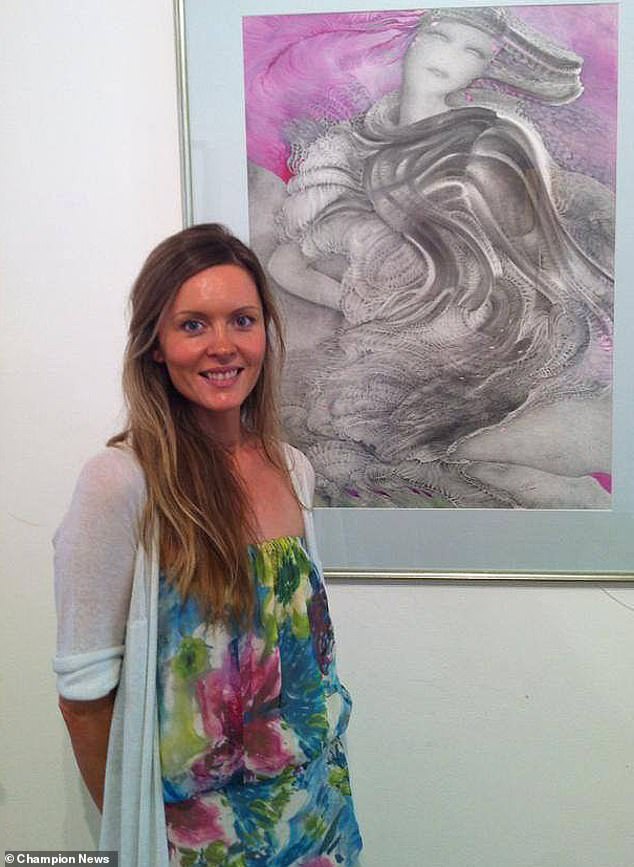 Portrait artist Catherine de Renee, 45, has repeatedly pursued her former husband for increased payments since their split in 2009

Mr Galbraith-Marten, a top employment law specialist who took silk in 2014, had fought to keep his teenage daughter in state school. Neither of the KC’s other two children are privately educated.

Under the most recent court order in 2018, the KC was ordered to pay child maintenance of £1,315 per month and ‘has paid this amount punctually for the last four years,’ the High Court heard.

Ms de Renée asked Mr Justice Mostyn to increase those child maintenance payments from £1,315 to £4,350 per month, backdated to April 2020′.

The judge granted her permission to bring her case on child maintenance, saying that as an ‘elite’ barrister and ‘a leader in his field,’ he ‘would be surprised’ if Mr Galbraith-Marten’s gross income was less than £350,000.

‘At that level, applying the guideline, his liability for child maintenance would be £2,361 per month,’ he said.

‘I have to say, notwithstanding the oppressive nature of the mother’s conduct towards the father, that the present level of general maintenance strikes me as too low.

‘There is a very lengthy history to this case. Proceedings between the parties began in Australia in March 2009, when their daughter was merely 15 months old.

‘Furious litigation has continued ever since, both in Australia and England.’ 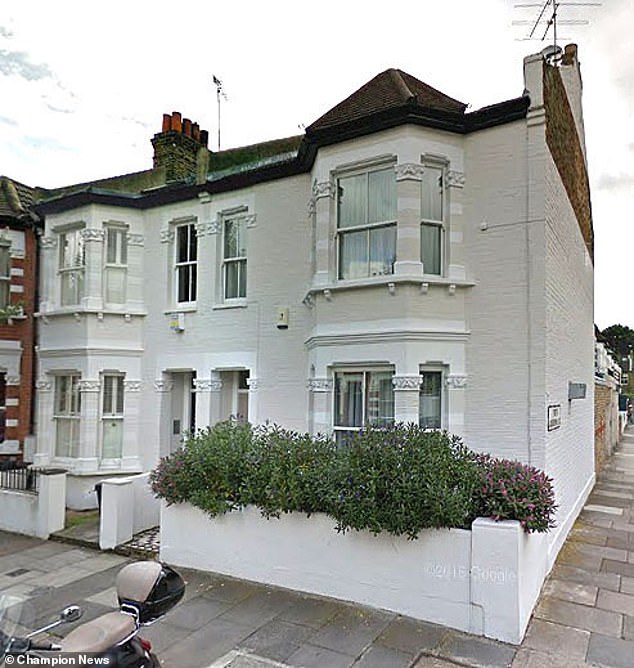 Mr Galbraith-Marten still lives in the £1.6million home in Fulham with his current wife

But he also allowed an application by Mr Galbraith-Marten to extend the civil restraint order preventing his ex from dragging him to court without specific permission from a judge, saying that it was justified because: ‘In numerous respects… the mother had been deliberately untruthful when making accusations of the utmost seriousness’ about her ex.

He went on to dismiss the wife’s bid to make her ex-husband pay out £230,000 for private school fees, saying: ‘Even if the father now has the means to pay for private education for his daughter, it would in my judgment not only be contrary to her interests but fundamentally unjust were he to be ordered to do so.’

But granting permission for the mother to challenge the level of child maintenance, he went on: ‘There is no evidence of the present level of the father’s income.

‘In June 2018, District Judge Aitken found his gross taxable income to be £185,000, inclusive of dividends from (his company) Assurety Ltd.

‘He is now a silk of eight years’ standing, practising from an elite set of chambers.

‘He is a leader in the field of employment and equality law. I would be surprised if his gross taxable income – including dividends – was less than £350,000.

‘In my judgment the mother’s proposed application to vary the general maintenance is arguable, and permission should be granted to bring it.’ 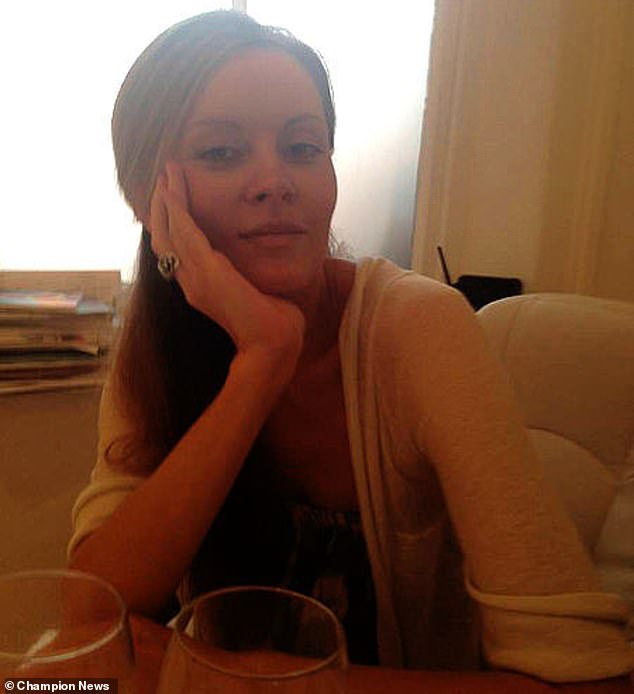 Ms de Renee has won her attempt to seek increase child maintenance payments, with her ex-husband due to provide evidence of his earnings before the next hearing

He went on to order Mr Galbraith-Marten to provide evidence of his earnings to the court before the next hearing.

In the 2016 case, throwing out the wife’s Court of Appeal challenge to the initial Australian divorce settlement, Lady Justice Black said: ‘The wife was legally advised when she reached the Australian agreements.

‘She could have sought help there if she thought they were not fair and did not provide for her needs.

‘When she subsequently realised how dissatisfied she was, she was able to air her views before the Australian court and they were examined and not established.

‘Even in the English courts, considerable weight would have been given to the agreements reached.

‘The fact that the wife has more need now would, even in this country, not be reason to re-open an agreement reached by consent.

‘There was nothing to show that the settlement was unfair. This was a short marriage, though there was of course a child born.

‘This court is not here to provide a top up for every foreign divorce.’