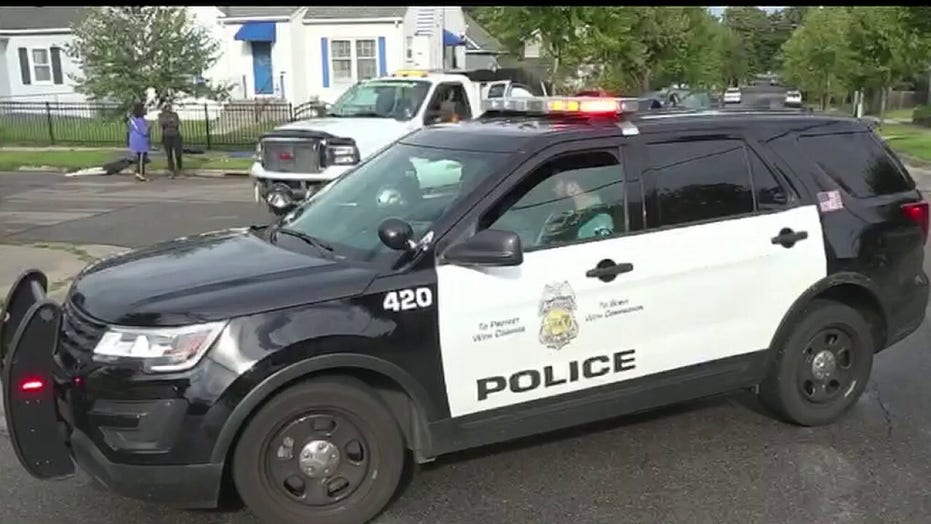 A group of protesters in Minneapolis vandalized the city’s 5th Precinct building and targeted officers with fireworks, the police chief said Sunday.

The Minneapolis Police Department released images that show red paint splattered on the sidewalk outside the building and graffiti such as “Blood on your hands,” “Pig Sty” and “F— all of you” spray-painted on the building and sidewalk.

Chief Medaria Arradondo said a group marched to the precinct around 10 p.m. Saturday and proceeded to vandalize the building and shoot “commercial grade fireworks” at officers. 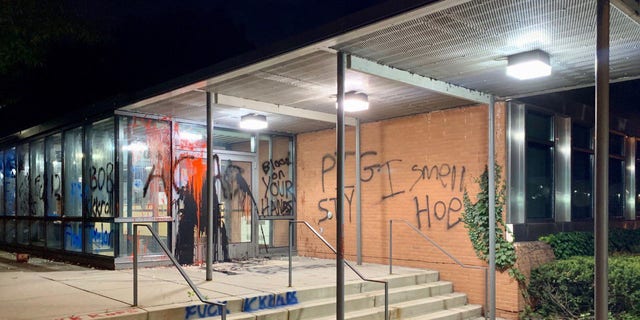 “This unlawful and senseless behavior will not be tolerated,” Arradondo said in a statement obtained by FOX9 Minneapolis. “Acts such as these do absolutely nothing to constructively engage and activate true and real needed reforms.”

He said those who hijack peaceful protests “will be prosecuted to the full extent lawfully.” 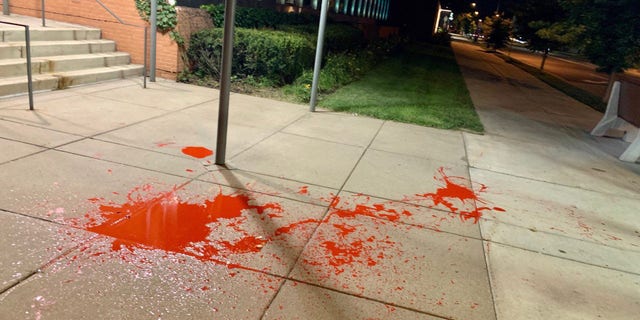 Police released an image of red paint splattered on the sidewalk outside of the department’s 5th Precinct after protesters vandalized the building.
(Minneapolis Police Department)

Officers witnessed between 50 and 60 protesters march toward the precinct, police spokesman John Elder told the Minneapolis Star Tribune. While he said the demonstration was peaceful at first, the group eventually became violent.

Elder said some staff members were still inside the building when protesters began throwing large rocks at the building. Responding officers were shot at with fireworks, he said, adding that no one was hurt, and no one has been arrested.

The Minnesota Police and Peace Officers Association responded to the violence on Twitter, writing that it’s “tired of being nice and politically correct to people who destroy, burn and loot. These are not rational people and only want destruction.”

Mayor Jacob Frey called the destruction of public property “unacceptable” in a statement on the incident obtained by FOX9.

"There is no honor in destroying public property," Frey said. "I am unwavering in my commitment to protecting the First Amendment right to peacefully protest. But these acts are unacceptable and will not be tolerated in Minneapolis."

The 5th Precinct was a site of rioting in the wake of George Floyd’s death in Minneapolis on May 25. Rioters overtook the 3rd Precinct building and burned it down days after Floyd died in police custody.