Texas woman Melissa Lucio, 53, who is due to be executed in eight days after ‘falsely’ pleading guilty to killing her two-year-old daughter files last-ditch appeal for clemency

A woman who insists she falsely pleaded guilty to killing her two-year-old daughter in 2007, made a last-ditch attempt to stop her April 27 Texas execution on Monday.

Lawyers from the Innocence Project representing Melissa Lucio, 53, filed a request for clemency with the Texas Board of Pardons and Paroles, a move that Innocence Project attorney Vanessa Potkin characterized as Lucio’s last legal option.

‘This is it,’ Potkin told the New York Post. ‘If they don’t [stop the execution] then it would really be in the hands of the Texas Board of Pardons and Paroles.’

Monday’s request comes after the submission of a writ of habeas corpus by the Innocence Project on Friday asking the Texas Court of Criminal Appeals to postpone the execution and to review new evidence. 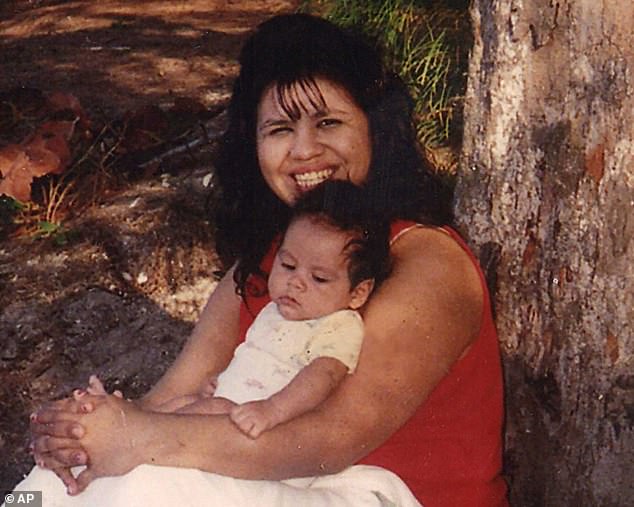 Meilissa Lucio, now 53, was convicted of killing her two-year-old daughter, Mariah, pictured here in her mother’s arms. Lucio is scheduled to be executed for the killing on April 27 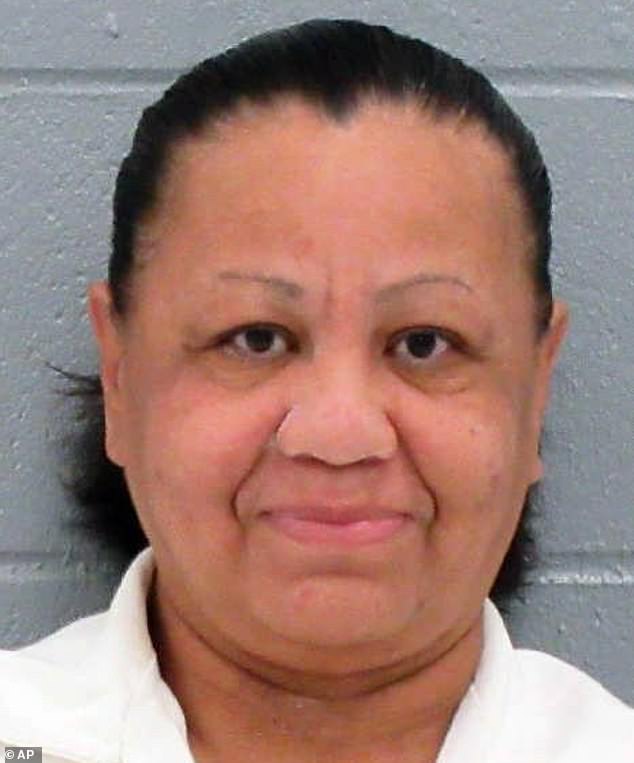 Lucio, who has been in custody since 2007, maintains that Mariah died from injuries sustained during a fall down a flight of stairs even though she confessed to hurting Mariah at the time

Lucio’s lawyers claim that evidence shows she was coerced into making a confession during a grueling interrogation, and that her daughter’s death was the result of an accidental fall down a flight of stairs as Lucio initially told authorities.

‘This new evidence shows that Ms. Lucio was convicted of a crime that never occurred,’ the 242-page writ of habeas corpus says.

‘Ms. Lucio asserted her innocence more than 100 times, but police refused to accept any response that was not an admission of guilt – suggesting to Ms. Lucio that the interrogation would not stop unless she told them what they wanted to hear,’ the filing reads.

The filings are the latest and likely the last efforts to stay Lucio’s execution – if neither the Board of Paroles, the Court of Appeals or Texas Governor Greg Abbott intervene, Lucio will be put to death by lethal injection in just eight days.

The move to stop Lucio’s execution has received widespread support and attention, as nearly 90 bi-partisan Texas lawmakers and even Kim Kardashian have made pleas on Lucio’s behalf.

Lucio, a mother of 14 children, was first taken into custody in February 2007 when she called the police upon discovering her two-year-old daughter, Mariah, unresponsive at their apartment in Harlingen, Texas.

In addition to the blunt-force injury to her head that was determined to have killed her, Mariah’s body was found to have bruises, scratches, and a bite mark on her back, leading investigators to believe that Mariah had been killed, and suspecting Lucio of the crime. 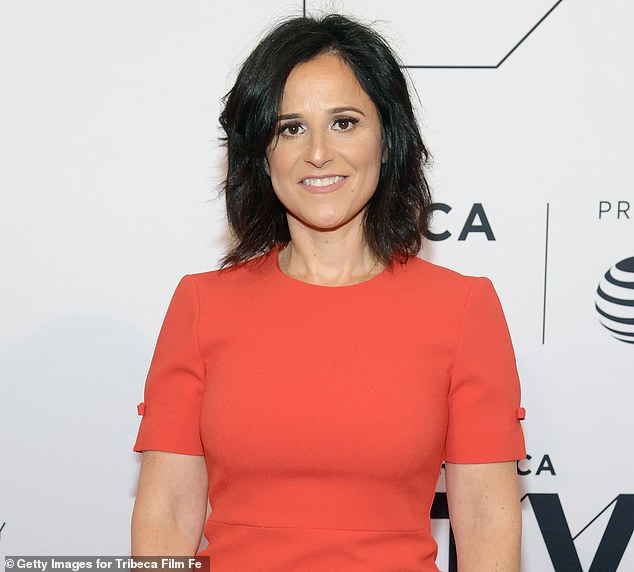 The Innocence Project filed a request for clemency for Lucio on Monday, just eight days before Lucio’s execution. ‘This is it,’ lawyer Vanessa Potkin (pictured) told the New York Post 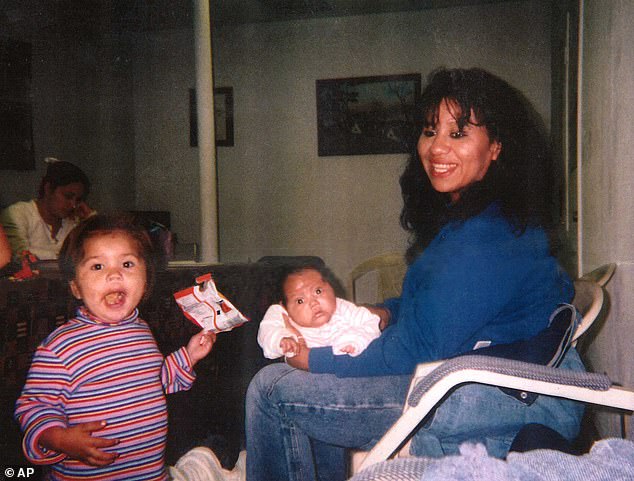 Lucio is the mother of 14 children. All family members who were present at the time of the accident maintain that Lucio is innocent

During a late-night interrogation Lucio initially maintained that Mariah had fallen down the stairs a few days before she became unresponsive, but after about three hours she admitted to spanking and biting Mariah.

‘What do you want me to say? I’m responsible for it,’ Lucio told Texas Rangers when they pressed her on the bite mark.

The statement became the backbone of the state’s case against Mariah, with prosecutors using what they characterized as an admission of child abuse to connect Lucio directly to her daughters death.

Though Lucio never admitted to actually killing Maria or causing fatal-harm, the Cameron County jury found the abuse admissions adequate to find Lucio guilty and deserving of the death penalty.

But advocates of Lucio say that the confession was clearly made and coerced under duress, and that Lucio’s longtime history as a victim of sexual and domestic abuse made her especially susceptible to confessing to things she never did – a point which was not made at Lucio’s trial because the judge did not allow a psychologist to testify on the subject. 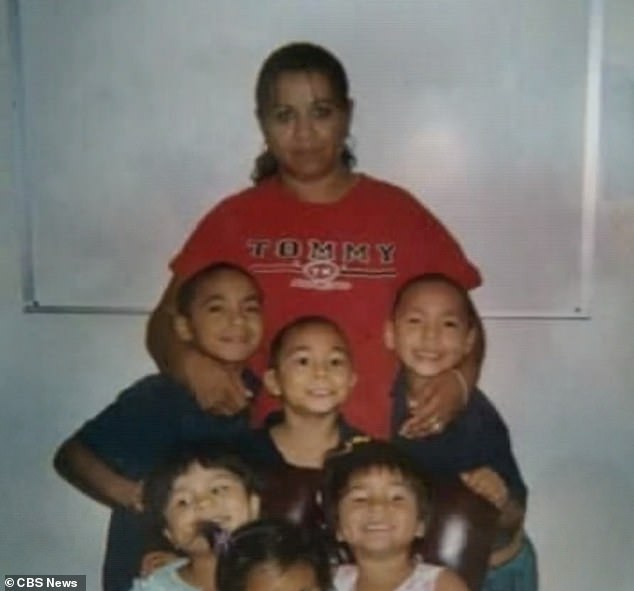 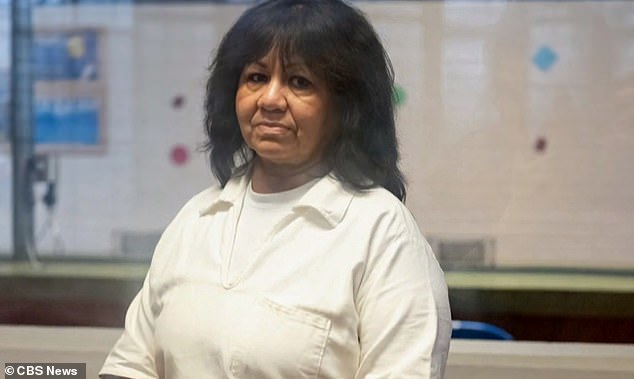 During her 2007 trial, the judge did not allow a psychologist to testify about why Lucio’s past might compel her to make false confessions 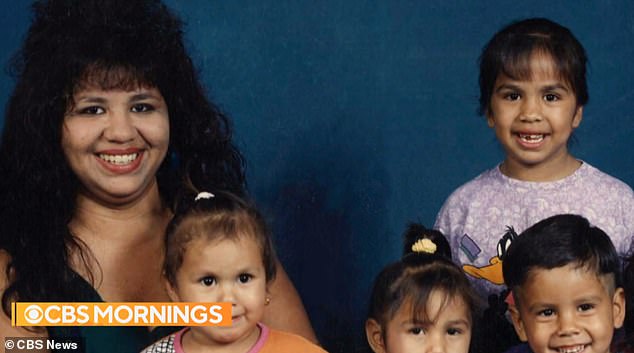 Lucio’s case has received widespread attention, and in March nearly 90 bi-partisan Texas lawmakers voiced their support for a stay of Lucio’s execution until evidence can be reviewed

‘The techniques used to secure her statement… have been shown to wear down suspects to false confessions,’ said Texas State Rep. Senfronia Thompson while speaking about the prevalence of false confessions at a press conference in March.

‘Gripped by shock and grief, Ms. Lucio was interrogated for more than five hours, late into the night, by five law enforcement officers. They shouted at Ms. Lucio; berated her as a neglectful mother; repeatedly showed her photos of her dead child; and implied that if she wasn’t at fault, one of her other children or her husband would have to be,’ the Innocence Project’s writ of habeas corpus reads.

The National Registry of Exonerations reports that 12% of all wrongful convictions can be traced back to false confessions.