No walkies for you! Moment Olive the dog knocks over baby Elena as she takes her first wobbly steps

This is the charming moment toddler Elena Cousins was dancing while trying to walk when her family’s pet dog Olive knocked her to the ground.

Elena’s mother Kylie Cousins filmed her daughter, who was excited at the prospect of being able to walk for the first time.

As her daughter laughed and danced inside the living room of the family’s Merseyside home, their dog Olive decided to join in on the fun. 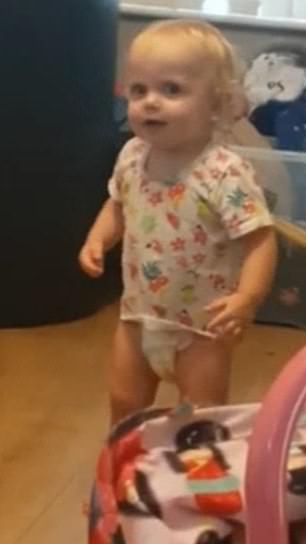 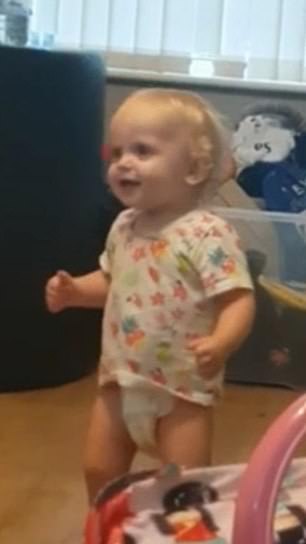 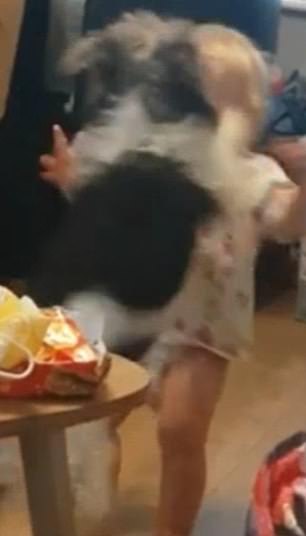 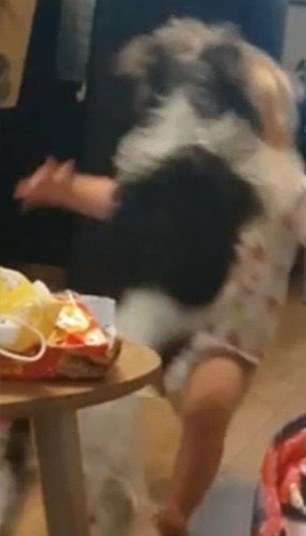 Moments later, Olive the dog bounded over to the one-year-old girl and knocked her to the ground

Olive bounded over to baby Elena and jumped up on her chest as the child balanced unsteadily on her feet.

Unable to cope with the additional weight of the small dog, baby Elena fell to the ground, but was unharmed.

According to Ms Cousins: ‘Elena has just turned one and is starting to walk. Olive is her dog who was a bit too excited about it and the results are hilarious.’

Ms Cousins added that despite being knocked over by Olive, Elena remains her ‘best friend’.