THIS is the dramatic moment Russia's £300m stealth warship that was designed to carry hypersonic missiles went up in flames in a humiliating blow for Vladimir Putin. 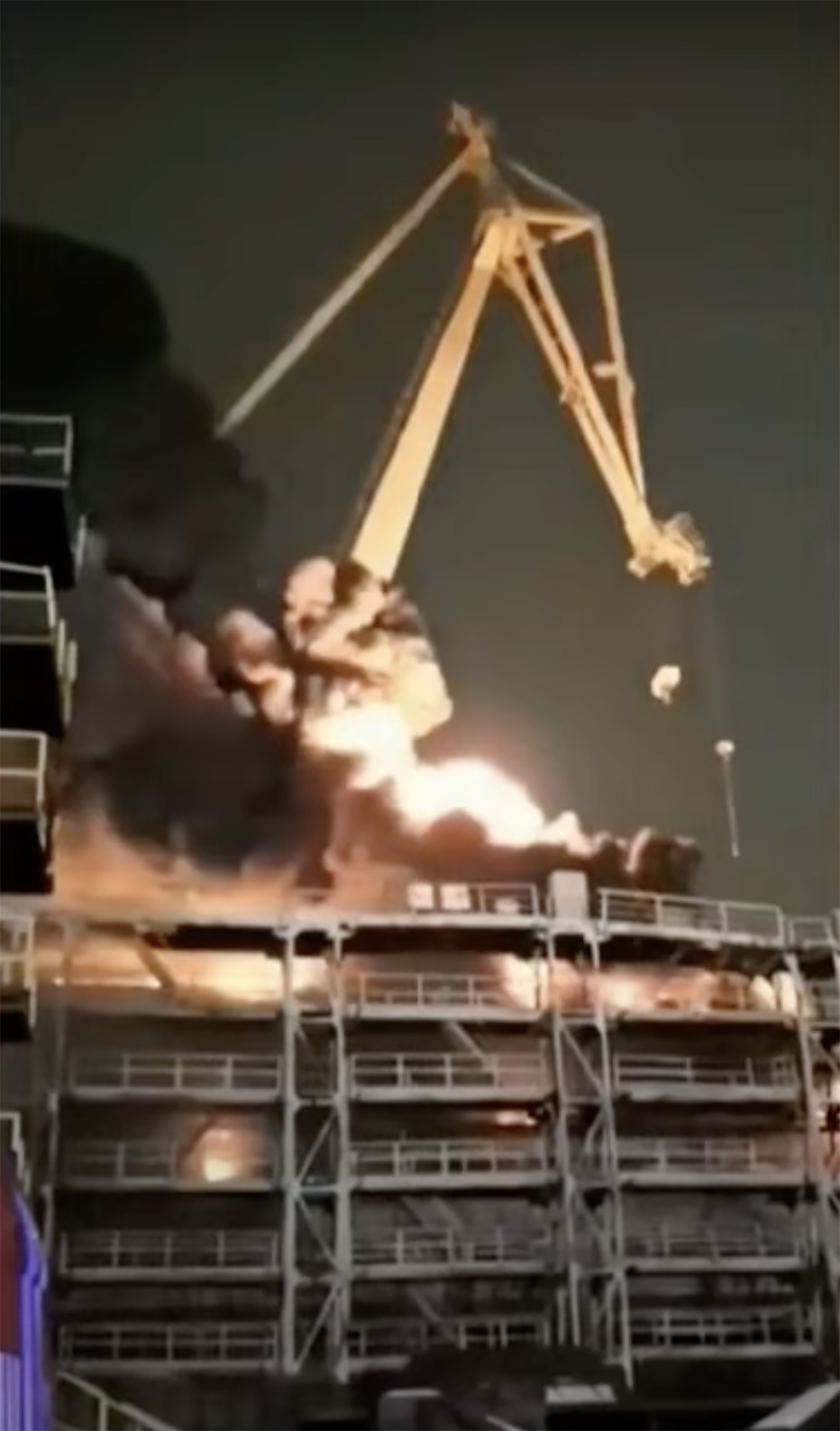 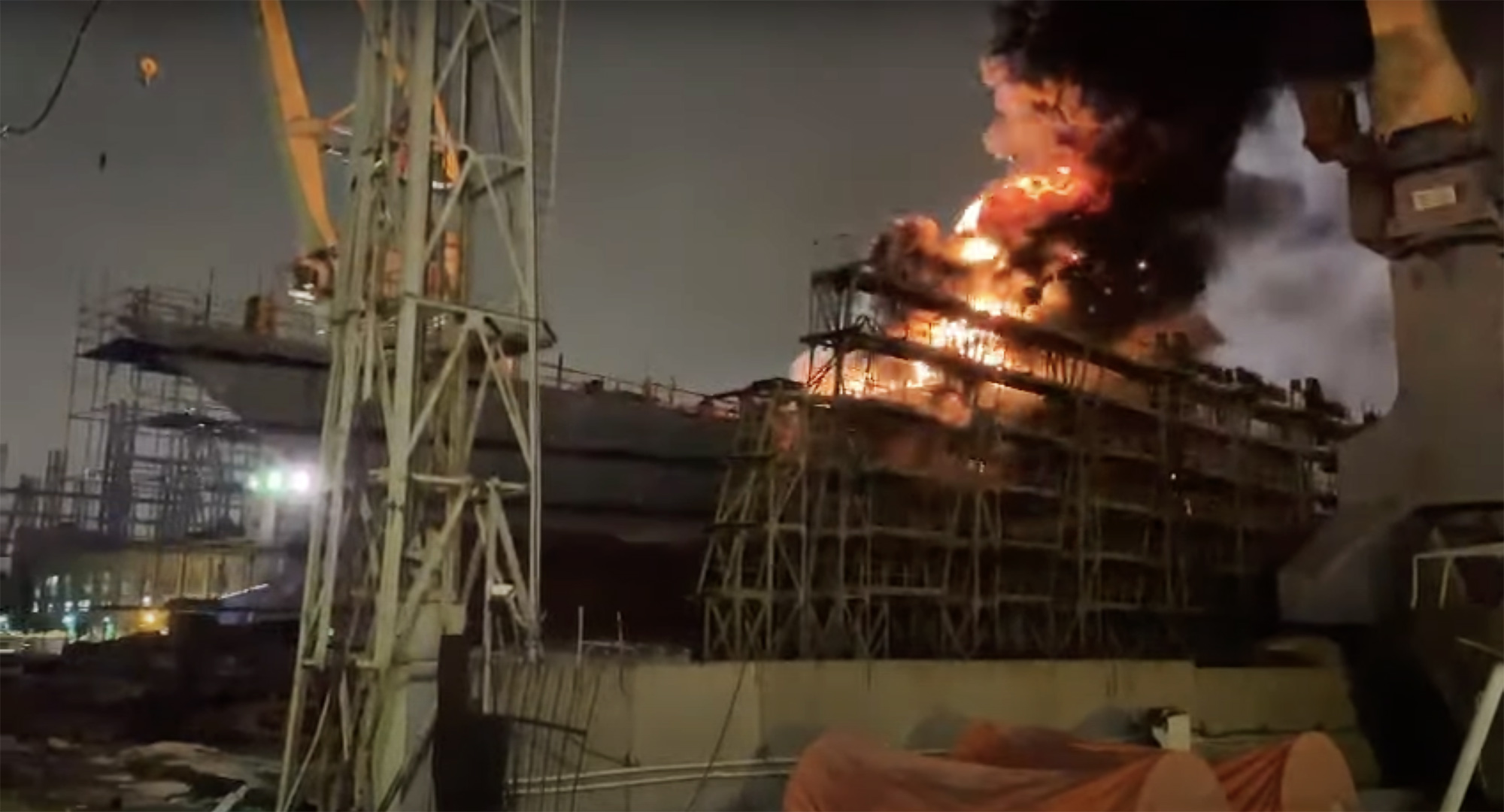 The scale of the blaze, which started on Friday in St Petersburg, has been viewed as a massive set back to the Kremlin’s naval modernisation programme.

Huge flames and thick smoke were seen rising from the corvette Provornyy at Severnaya Verf shipyard where it was being built.

The battleship was almost completely destroyed by the fire – the latest of a spate of mysterious blazes at top secret naval shipbuilding facilities – with the damage running into hundreds of millions of pounds, say reports.

Russia says there were no weapons or crew on board when fire broke out, however, other reports claims three crew were injured, with Military.com claiming two required hospitalisation.

Moscow has launched a criminal probe into the blaze on the Provornyy – designed to carry Russia’s deadly new Zircon – or Tskirkon – hypersonic missile.

The 6,670 mph weapon is seen as “unstoppable” by current Western technology, and will initially be deployed on frigates but Putin said it would “definitely” be used with Project 20385 corvettes like the blitzed Provornyy.

Omicron warning: The very first symptoms you should NEVER ignore

The Gremyashchiy corvette – the first of this new type of corvette – was recently deployed to the Russian Pacific coast where it has been armed with Kalibr missiles.

The Russian government recently gave the go-ahead for full-scale production of Zircon missiles at a top-secret plant at Reutovo, near Moscow.

Damage from the fire has been put at around £225 million.

“One of the main questions of the investigation is why it caught fire, given that a warship should be made of non-combustible materials,” said a source.

In February a fire was extinguished on the Ural nuclear icebreaker at another plant, and in 2020 three workers were injured on the Ivan Papanin ship while under construction for the navy.

Among other naval fires, a blaze on the aircraft carrier Admiral Kuznetsov in 2019 caused an estimated £972 million in damages.

Fontanka media outlet said: "The stench from the major fire covered all of the Kirovsky district of the city.

“It was rare case when taxpayers could literally sense their burning billions.

“This is the finale of regular fire emergencies at St Petersburg’s shipyards."

Russia's hypersonic missile programme is prompting fears that a “truly catastrophic and devastating war” could break out as tensions between Washington and Moscow reach "simmering" point.

It comes as the Kremlin ramped up wargames in recent weeks amid claims from officials that they successfully tested its lethal, high-speed Zircon missile.

Isabel Sawkins, a research fellow at the Henry Jackson Society, told The Sun that the strongman has seen an opportunity to conduct more tests as Washington’s has been “distracted” by the challenges it faces in the Pacific and the Middle East.

She said: “The West, by looking elsewhere, has allowed Putin to do this. We need to make the world particularly Russia and China aware that we’re not just going to roll over.”

Sawkins called on the US to prioritize not only the development of hypersonic missiles but also defense technology as officials try to work out how best to respond to Russia's wargames. 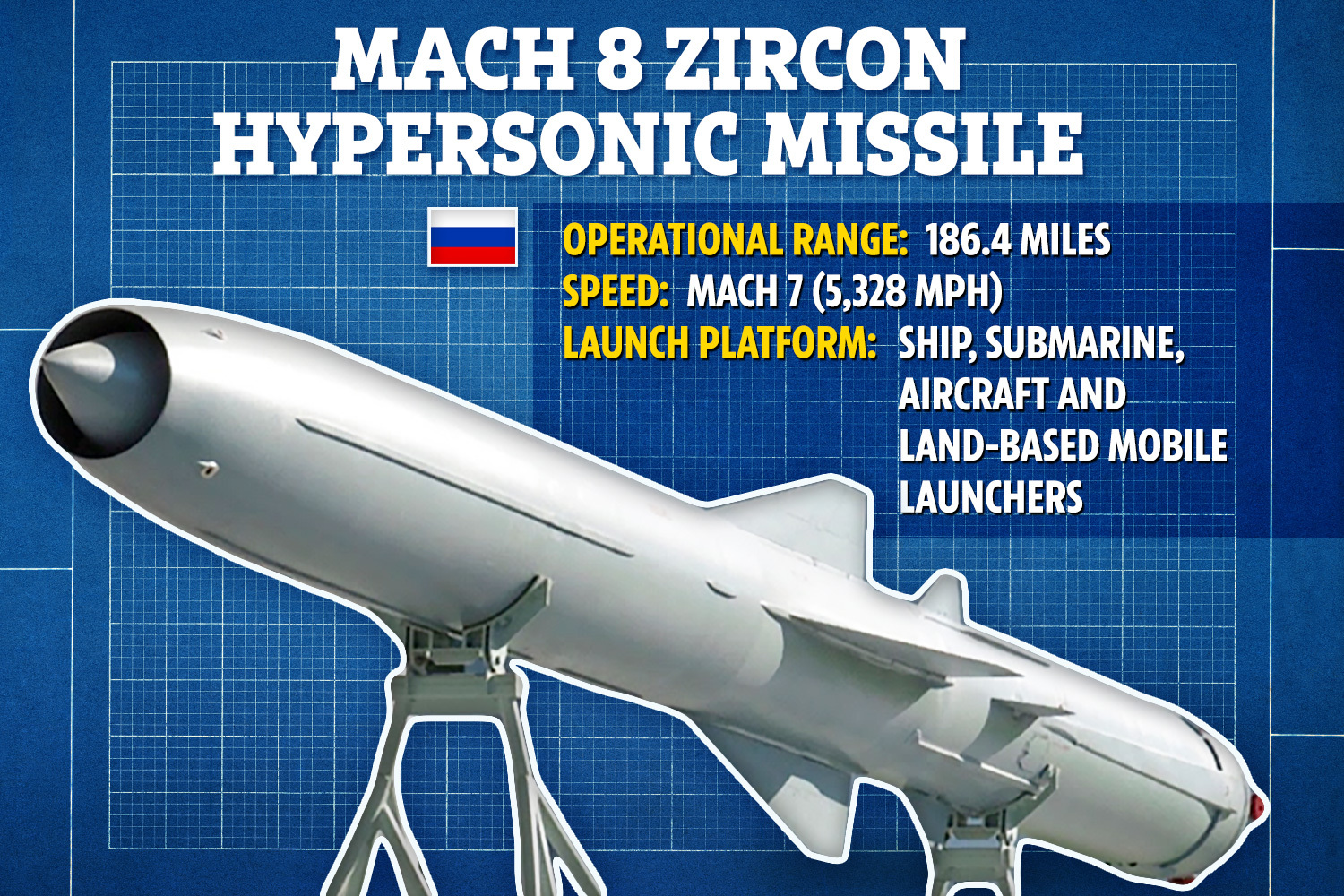 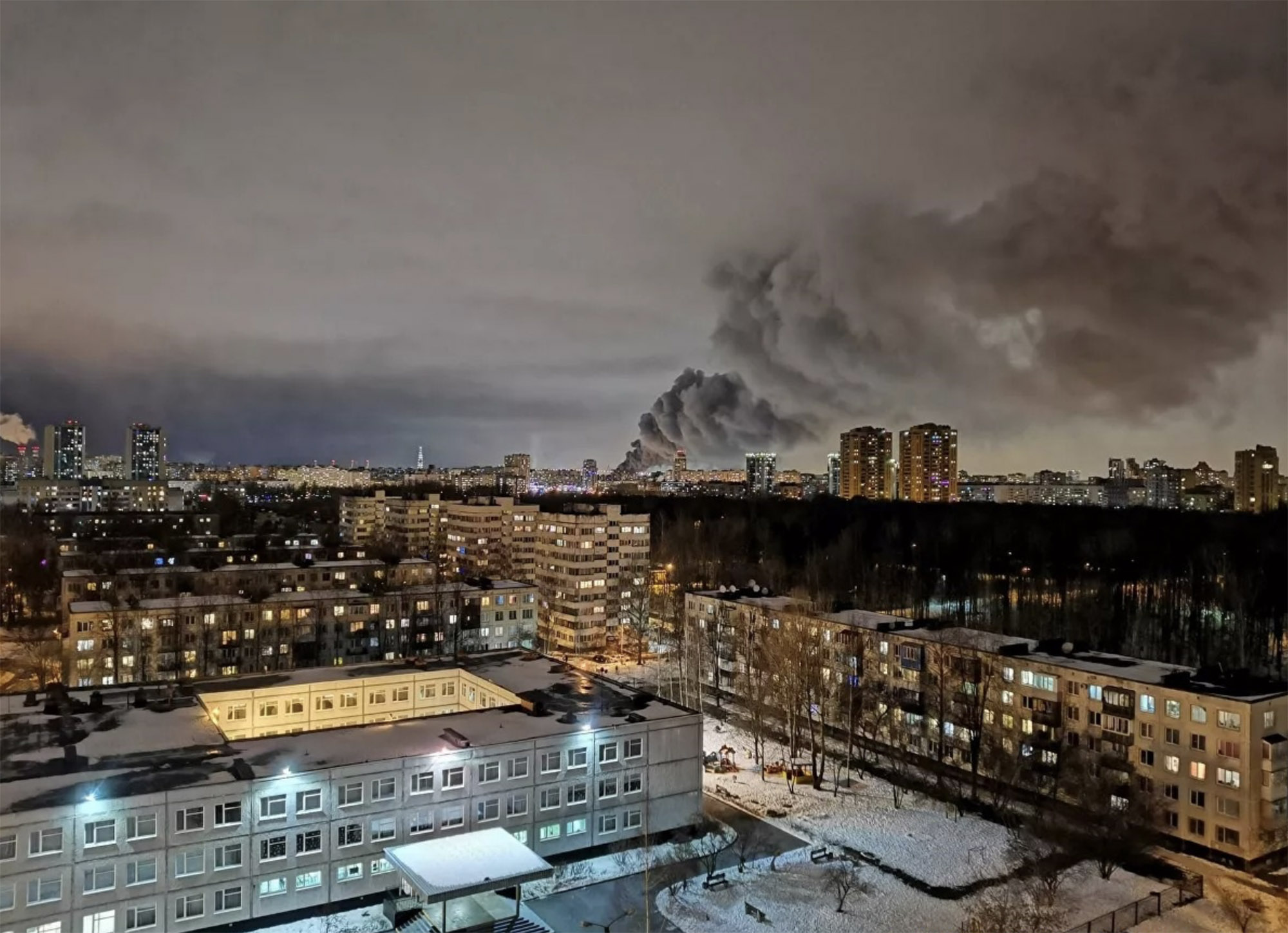 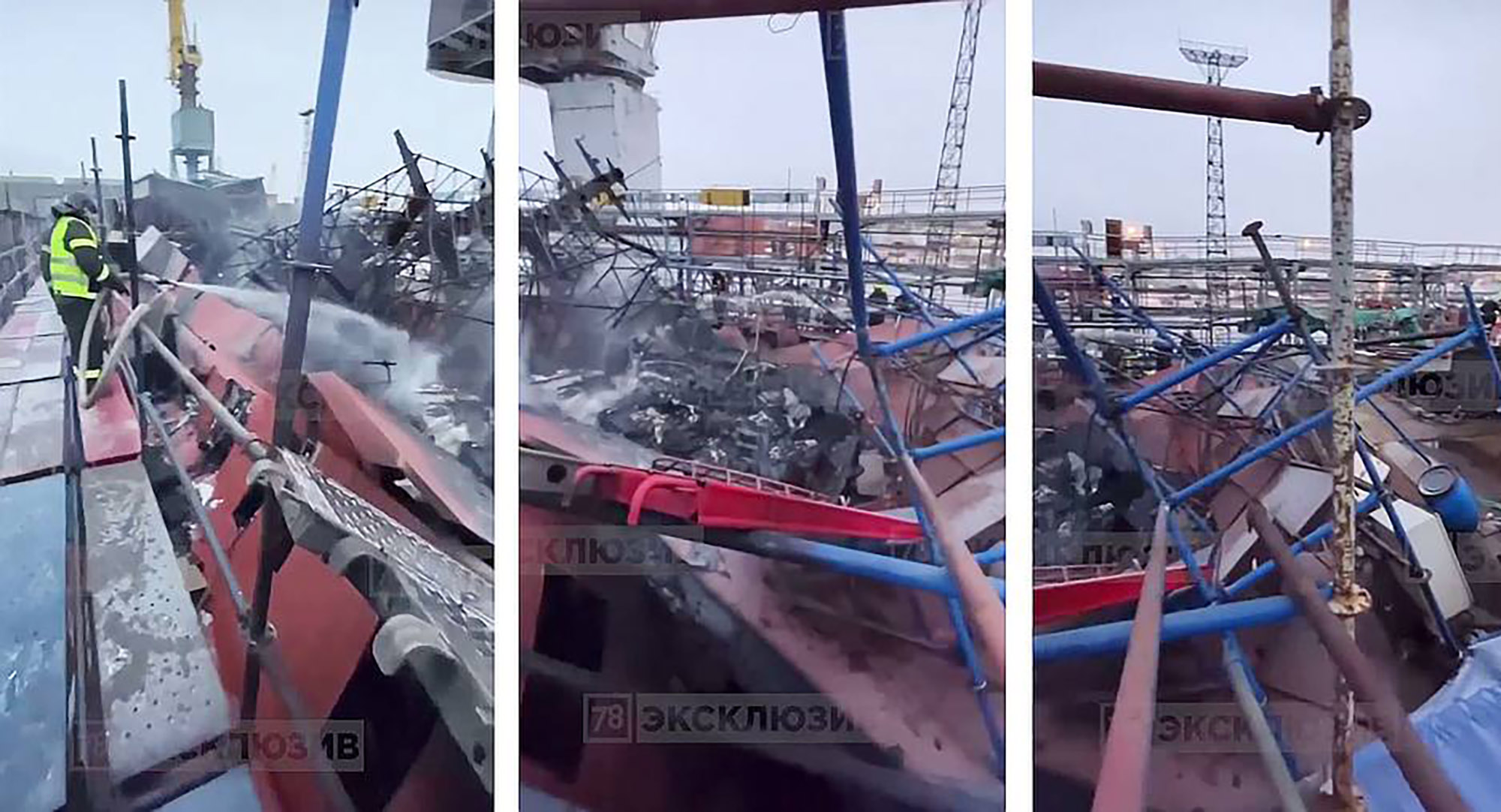 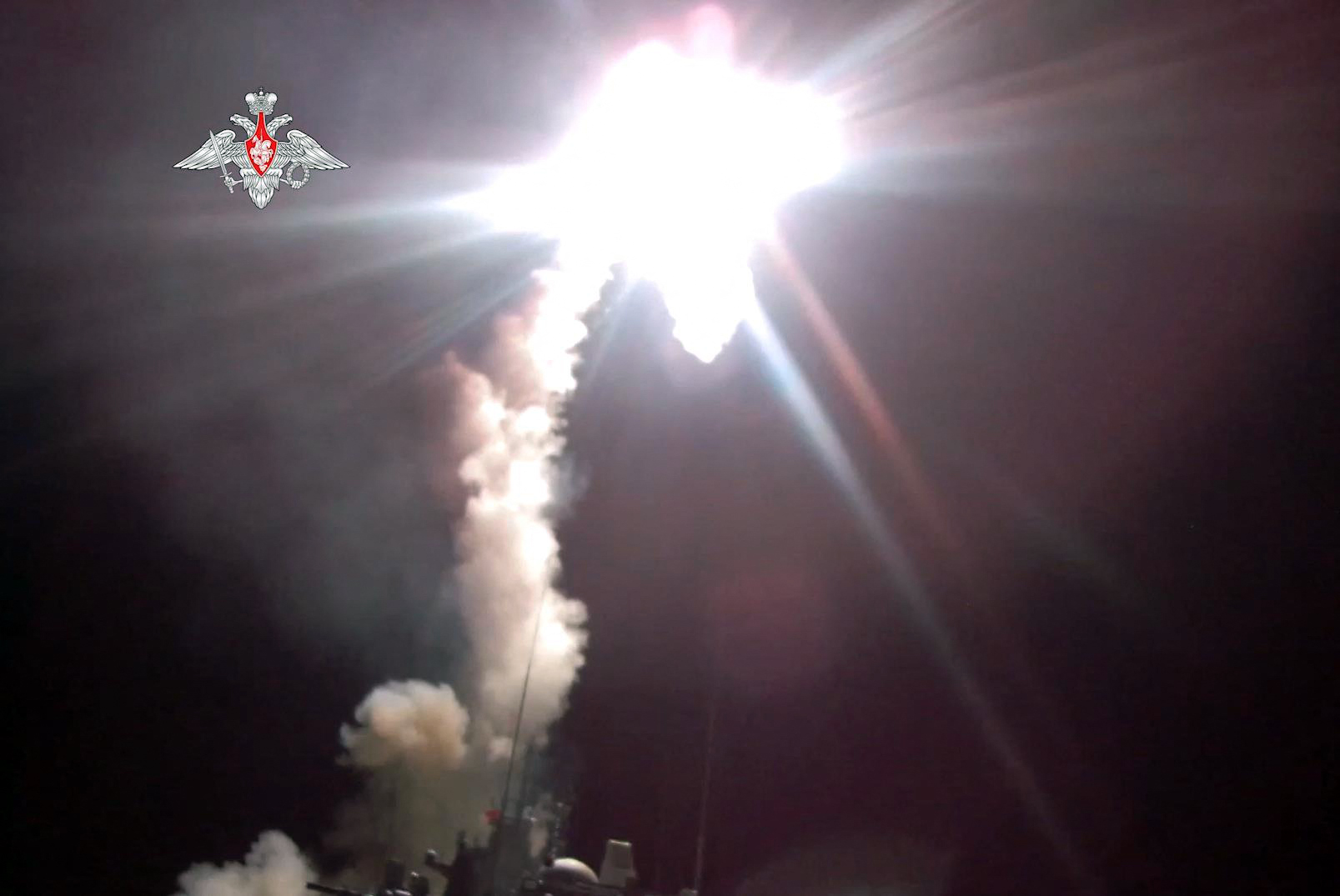 Hypersonic missiles can hit speeds of up to 21,000mph – and potentially even faster – and are seen as devastating new frontier for warfare.

These specialised rockets are seen a "game changer" as unlike ballistics missiles, which fly into space before returning on steep trajectories, they zoom in on targets at lower altitudes.

This combined with typical speeds of five times the speed of sound – or around 4,000mph – makes them extremely hard to shoot down and a potent weapon more countries want to get their hands on.

This deadly new weapon potentially has a range of some 25,000 miles and can operate in space.

It means the missile can theoretically hit anywhere on Earth.

A key part of the hypersonic missile concept is the glide vehicle, which is carried to around 30 miles above the earth by a rocket but then becomes detached.

The glide vehicle then hurtles to earth using gravity.

Russia's hypersonic missile called the Zircon – or Tsirkon – which can hit speeds of more than 6,100mph – has been identified by Moscow’s state-controlled TV as Vladimir Putin’s weapon of choice to destroy coastal American cities in the event of an atomic conflict.

The Kremlin leader has called the Mach 8 Zircon  “truly unparalleled in the world”, and the Russians have bragged it is “unstoppable”.