A monster crab has snapped a golf club clean in half ‘like a chainsaw’ while terrorising a group of golfers on Christmas Island.

Footage uploaded to Reddit on Sunday shows a massive robber crab find its way on top of a bag of golf clubs on the island, 1500km west of the Australian mainland.

Local Paul Buhner, who filmed the video, said the group had just returned from their sixth hole when they ran into the giant intruder.

‘And that’s why we call them a robber crab … we have not put this here, this has climbed up here while we’ve been putting out,’ he says in the clip.

A man known as Al is seen trying to pry the massive crab away from a set of golf clubs while Mr Buhner is heard laughing off camera. 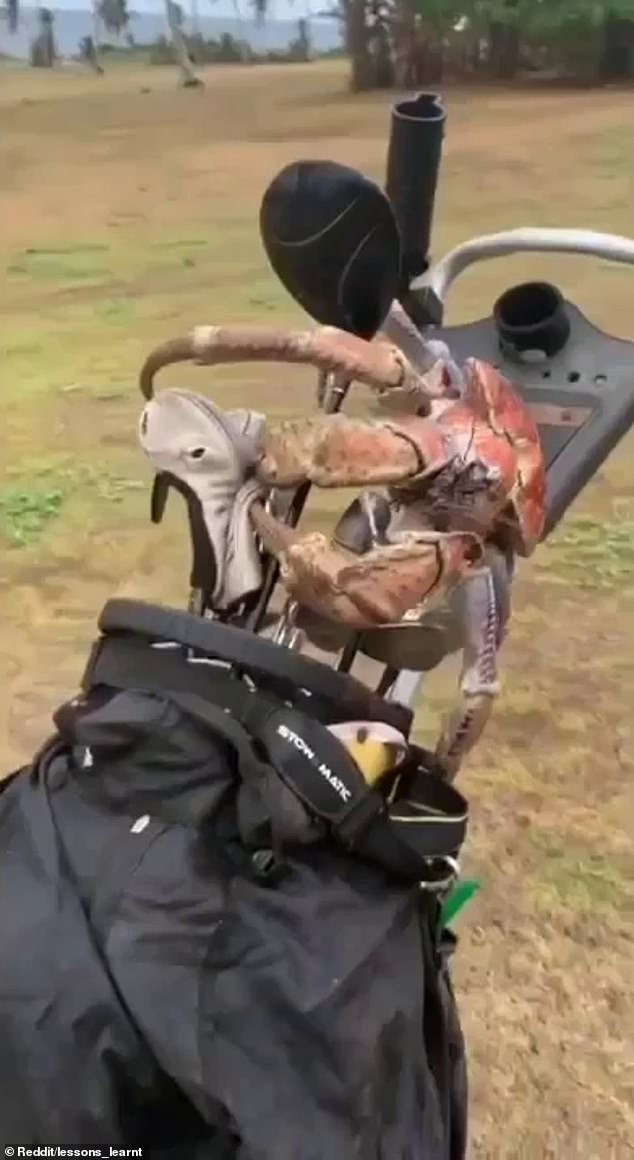 A massive robber crab has interrupted a game of golf by perching itself on top of a bag of golf clubs on Christmas Island, 1500km west of the Australian mainland (pictured)

‘Oh no, he’s broken it, he’s just chewed through that like a chainsaw,’ he says while holding the snapped golf club up to the camera.

Mr Buhner told NCA NewsWire on Monday that he filmed the footage in October 2020 and was surprised to see it still doing the rounds on social media in 2022.

‘Friday golf is a religion on the island. Even if you can’t play you go out and support the boys and have a beer and that’s basically what I was doing,’ Mr Buhner said.

‘The originals are much funnier, but I understand the need to edit out some of the colourful language.’

Despite the damage the golfers seemed to find the lighter side to the encounter, while Reddit users voiced their shock.

‘Get that thing absolutely to f**k Australia is Jurassic Park and I want no part of it,’ wrote one person. 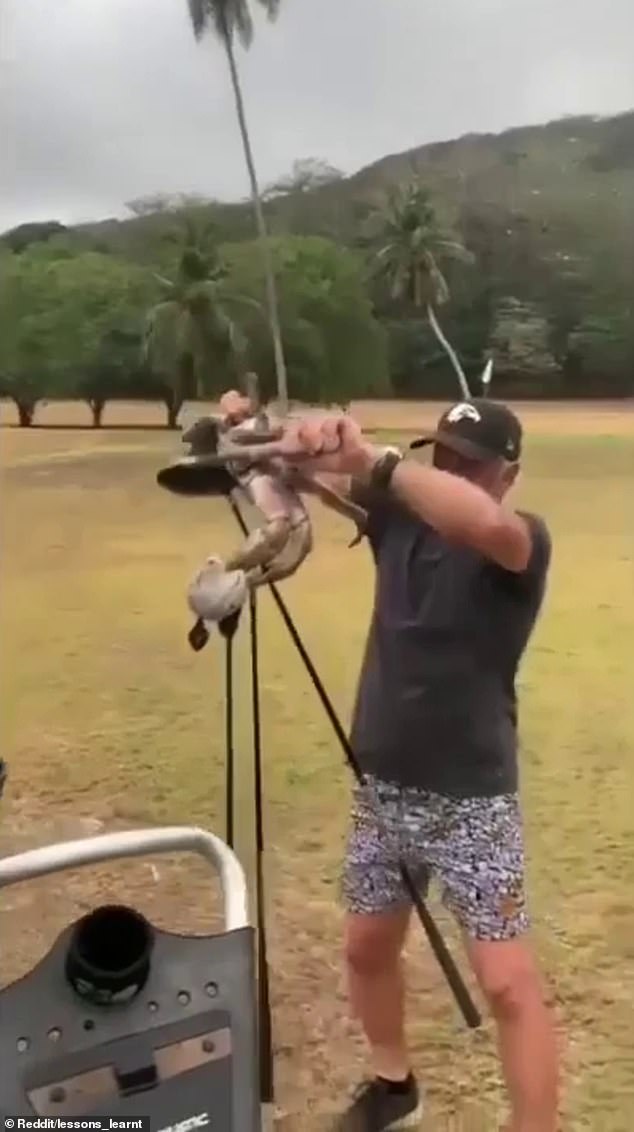 ‘F**king terrifying, I’d be getting new clubs at the pro shop on the way out,’ commented another.

‘If he broke one of my carbon shafts he’d be dinner,’ added a third.

Robber crabs – also known as coconut crabs – are found in most parts of Christmas island and are known for carrying off any foreign items they come across.

The world’s largest land crustacean, they can weigh up to 4kg and measure one metre wide.

Christmas Islanders will often hang their bag from a tree branch while camping so the crab can’t reach it, according to Parks Australia.