Over 200 guests fell ill with suspected food poisoning Wednesday after a meal at a birthday party for 90-year-old Imelda Marcos, the notorious ex-first lady of the Philippines.

Ambulances rushed vomiting friends and supporters from a sports stadium in Manila where around 2,500 people gathered to honour the widow of late dictator Ferdinand Marcos.

Although Marcos was chased from power by a 1986 peaceful uprising, the family is still revered by many in the Philippines and has made a political comeback in recent years. 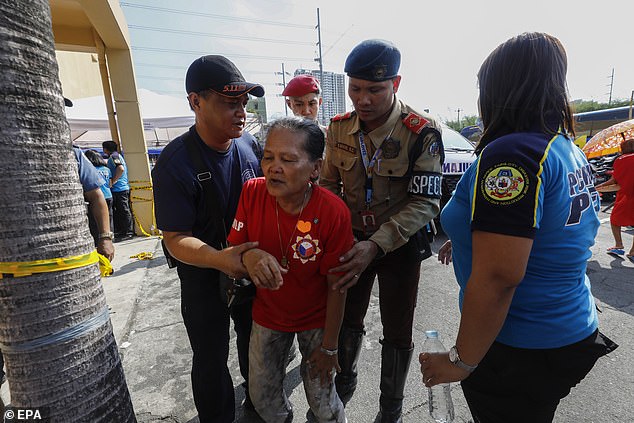 A supporter is assisted after exhibiting symptoms of food poisoning outside the Ynares Sports Arena in Pasig City, east of Manila on Wednesday 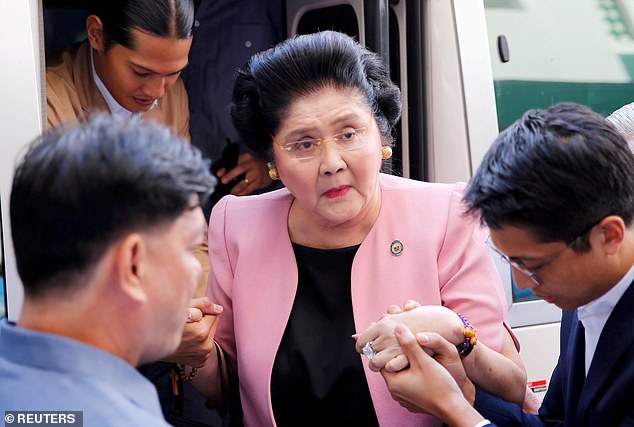 The suspected outbreak happened at a birthday party for 90-year-old Imelda Marcos (pictured), the notorious ex-first lady of the Philippines

‘Our ambulances took people to hospital after they complained of dizziness and vomiting. They apparently suffered from food poisoning,’ Philippine Red Cross chairman Richard Gordon said.

The party featured singing and speeches, as well as water bottles adorned with Imelda’s name and meals in plastic boxes.

There were no immediate reports that the guest of honour was taken ill.

Family matriarch Imelda was convicted in November in a corruption case stemming from the time of her husband’s brutal dictatorship.

Although currently free on bail pending an appeal, she faces decades behind bars after being found guilty of funnelling around $200 million through Swiss foundations decades ago.

Ferdinand Marcos, who along with his cronies was accused of pilfering $10 billion from the Philippines, fled with his family to the US after his dictatorship fell in 1986.

He died in exile in 1989, but his heirs later returned to Manila and have staged a something of a political comeback.

Imelda Marcos just finished a term as a congresswoman, her son Ferdinand Junior has also served as a senator while eldest daughter Imee won a Senate seat in May’s elections.

The family has a powerful ally in President Rodrigo Duterte, who ordered the late dictator’s remains interred at Manila’s Heroes’ Cemetery despite public protests. 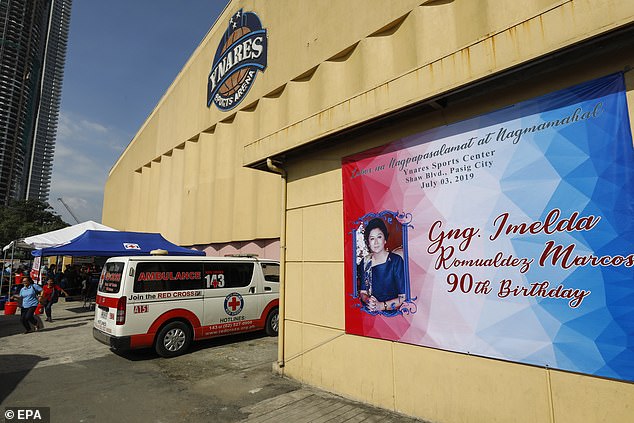 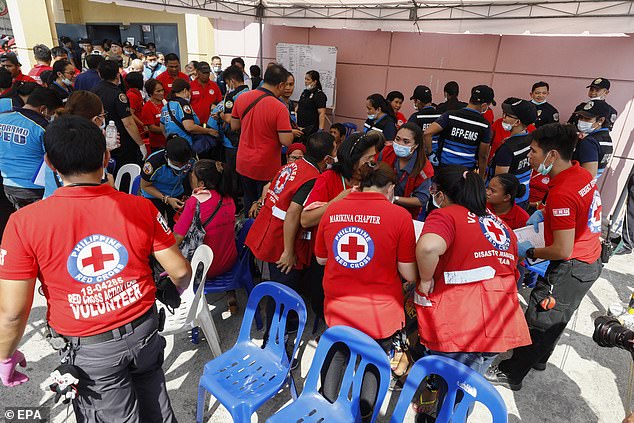