Mr Kipling boss says ‘work is a verb, not a place’ as cakes firm Premier Foods says more than 800 office staff can choose whether to work from home or go to the office

The owner of cakes firm Mr Kipling says more than 800 office staff can choose whether to come into the office or log on from home, claiming: ‘Work is a verb, not a place.’

Premier Foods, which also owns brands including Oxo and Bisto, said staff can work ‘wherever they work best’ from this month as part of a new hybrid model.

It follows a trial involving more than 100 employees at the FTSE 250 listed group, with staff concluding that a mix of office work and home-working would offer the ‘best of both worlds’.

Premier Foods said the new working arrangement will be offered to staff across its offices in St Albans, Manchester, Lutterworth, Southampton, and High Wycombe. 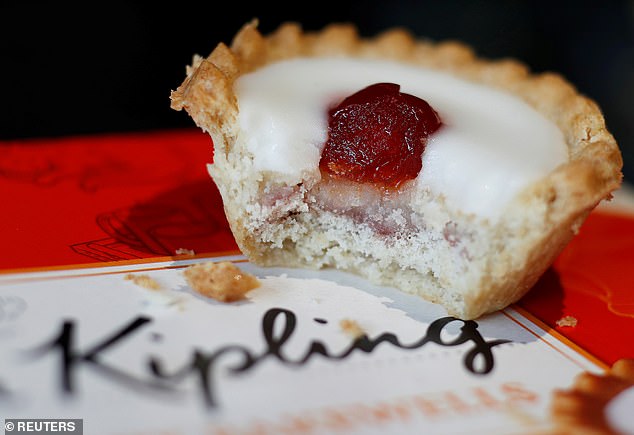 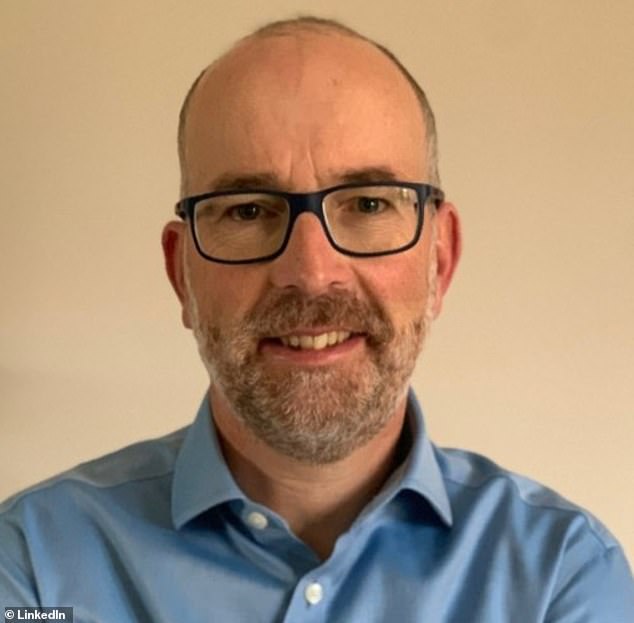 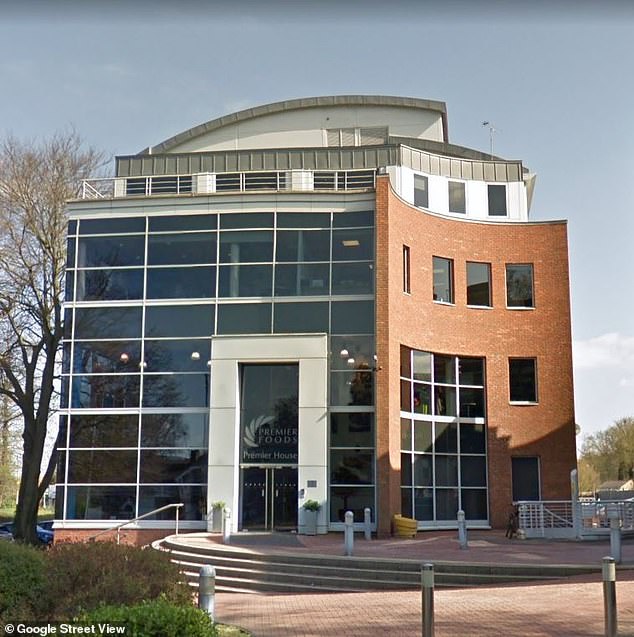 Premier Foods said the new working arrangement will be offered to staff across its offices in St Albans (pictured), Manchester, Lutterworth, Southampton, and High Wycombe

The company’s group human resources director, David Wilkinson, said: ‘This isn’t about getting rid of the office altogether, it’s about shifting our mindset on what it means to be flexible.

‘Work is a verb, not a place, and, whether it’s for a team meeting or just personal preference, our office remains open for anyone who wants to use it.

‘What it’s not is somewhere colleagues have to be for the sake of showing their face.’

It comes after a study last week warned workers in Britain are suffering from an ‘epidemic of hidden overtime’ with women 43 per cent more likely than men to be working longer than a standard working week during the pandemic.

Employees are finding they can never quite ‘switch off’ and so continue to work throughout the evening and weekend amid an expectation to ‘stay on’ as the day is extended in fragments, the Autonomy think tank said.

Experts say the issue particularly affects those working remotely – with a lack of clear boundaries between work and leisure in the UK meaning workers are more likely to take calls and respond to emails throughout the evening.

The think tank found that women are 43 per cent more likely than men to have increased their hours beyond a standard working week, and for those with children this was even more clearly associated with mental distress.

Some 86 per cent of women who carry out a standard working week alongside childcare, greater than or equal to the UK average, were said to have experienced mental distress during April 2020 when the Covid-19 crisis began. 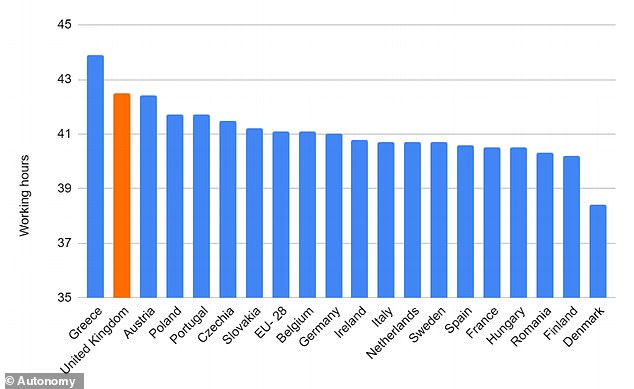 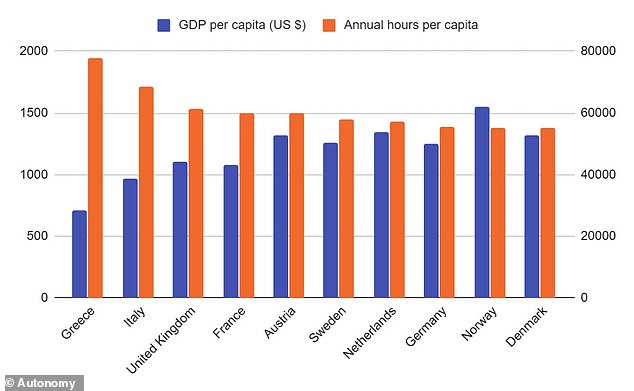 The GDP and annual hours per capita across EU countries are shown in this graph, with the biggest disparity in Greece

New working patterns have placed a greater burden on those carrying out standard caregiving – which again has disproportionately impacted women, according to the study.

Two thirds of workers (65 per cent) whose working week increased beyond a standard 37.5-40 hours and who also carried out active childcare during April at a rate greater than or equal to the UK average reported mental distress.

By June 2020 more than half (51 per cent) of workers keeping up this level of work alongside childcare were experiencing mental distress. The study said the UK average level of childcare giving is 80 minutes a day.