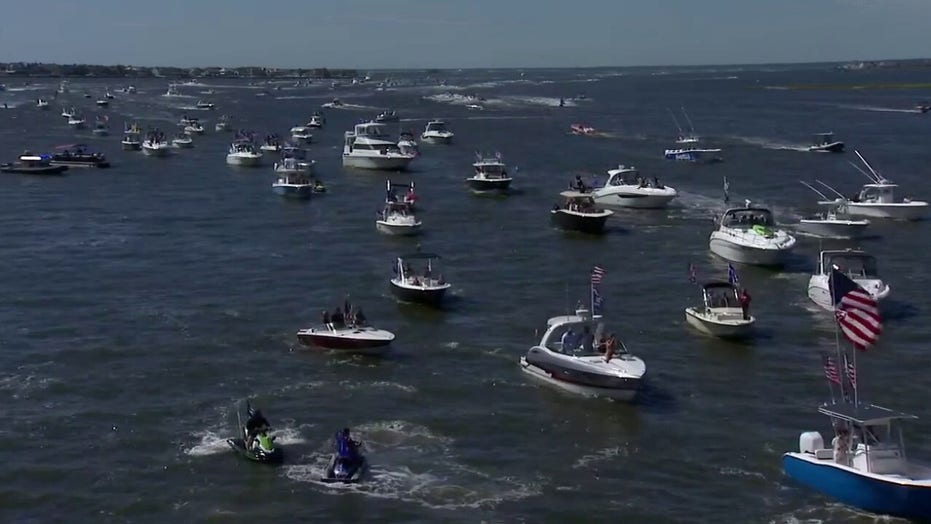 Boaters set sail at the Jersey Shore as part of a tribute to law enforcement, veterans and in support of President Trump.

"It's something that happened throughout the parade. We responded to multiple calls for boats in distress and a few of them did sink," a spokesperson for the Lake Travis Sheriff's Office told Fox News.

A Facebook event said the event started at 11:30 CT, and the sheriff's office started responding to the first 911 calls around 12:15 CT.

About 2,600 people said they were going to the event on Facebook. Videos posted on social media showed hundreds of boats adorned with Trump gear close together on Lake Travis.

Multiple other boat parades for Trump happened across the country on Saturday, including in New Jersey and Florida.