Mum was left paralysed and unable to breathe after vape spiking

Mother-of-three, 43, was left paralysed for two days and unable to breathe properly after her vape was spiked during a night out

A mother-of-three was left paralysed and unable to breather after her vape was spiked during a night out.

Emma, a support worker, was at Grain Store nightclub in Wolverhampton on Saturday, 21 August when a man approached her and asked if he could buy her a drink.

She declined but bumped into the man again in the smoking area where she handed him her vape to try.

The man then took the vape to the toilet, remerging a few minutes later to return the vape to Emma, who took a couple of puffs from it.

She said that within ten minutes she was in a state of paralysis. A shocking photo shows Emma passed out on a stretcher on her way to New Cross Hospital after a friend called paramedics for help. 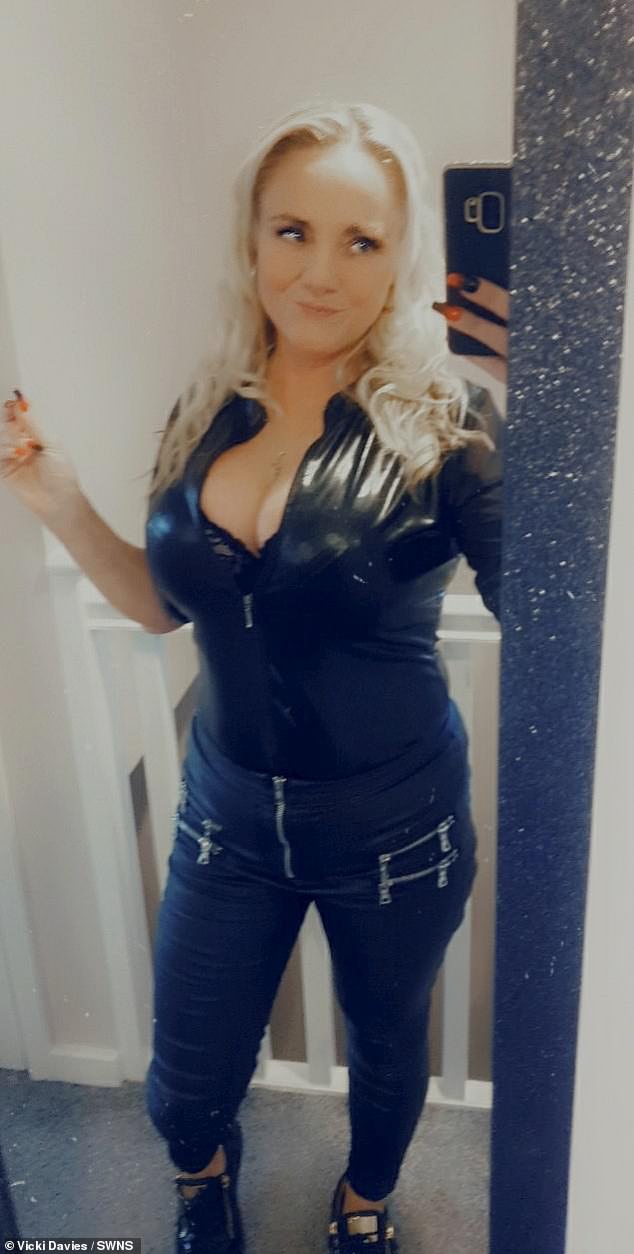 Emma Sugrue-Lawrence, 43, couldn’t move normally for two days after her electronic cigarette was laced with suspected mamba spray while on a night out in Wolverhampton

‘Within a matter of ten minutes, I didn’t feel quite well and felt quite dizzy and very, very sweaty.

‘I said to my friend, straight away I knew something wasn’t right and we need to go outside.

‘By the time I walked out of the club and across the road my legs went from under me and I was soaked with sweat,’ Emma said.

‘After five minutes the whole of my body shut down and I couldn’t even use my eyes but I was aware of what was going on.

‘I told my friend I’d been spiked.

‘Then I started going in and out of consciousness because I couldn’t keep my chin off my chest to keep breathing.

‘And then the next thing I remember is waking up in the hospital.’

Emma said she feels traumatised following the assault, which she fears could have ended even more frighteningly.

‘I’m OK now but it took a while before it sunk in and hit what had happened,’ the married mum from Telford said, adding ‘It took a few days to get over how lucky I was.’

‘It played on my mind, the what ifs, like what could’ve happened if my friend wasn’t there. It could’ve been a lot worse.

‘You hear about these date rapes – I couldn’t move, I couldn’t talk, I couldn’t. I couldn’t open my eyes, but I was aware of everything that was going on.

‘It was playing on my mind what these poor girls actually go through who actually do get date raped.

‘But you know that they’re aware of everything that’s going on, but they can’t move. ‘It’s quite horrendous picture and it speaks volume just looking at it. I burst into tears and it made me quite emotional, but I need to get that out there so people know,’ Emma said of the image above

Emma recalled that it took two days for her to be able to move normally but that even then her legs ‘kept giving way and going like jelly’.

‘It was absolutely horrendous, but it took until about Wednesday before my legs were actually feeling back to normal,’ she said.

According to Emma, police outside the club initially dismissed her friend’s concerns, thinking Emma was just drunk.

‘She was saying I wasn’t drunk and that I’d been spiked.

‘I was freezing cold but sweating so much it was like I’d just come out of the shower,’ Emma said, recalling hearing the panic in her friend’s voice but not being able to respond.

‘I plonked down on the wall and I couldn’t hold my head up off my chest, my chin was pushing onto my chest and it was blocking my breathing process.

‘She was holding my chin off my chest.’

At the time of her assault, Emma was out with a group of her friend’s daughter’s friends in the packed club.

She describes the man who took her vape as having a well-groomed beard and said he was wearing a bright, stripy shirt and had latched onto their group during the night out.

Emma thinks she fell ill at about 1am and woke up three hours later in New Cross Hospital.

She remembers being freezing cold and unable to use her phone to call her husband. Emma was moved to a waiting area for immediate care and spent hours on her own.

‘I was quite scared. At eight in the morning, my friend came in and I said “please take me home” so I went and discharged myself and they said I should wait to get tested and see the doctor but I said I’d been waiting all night and they hadn’t done anything.

‘That was probably a big mistake because there is no trace of what was and wasn’t there.’

Since posting about her horrific ordeal on Facebook, Emma’s been contacted by several men and women who say they were targeted by the same people at the venue that night. 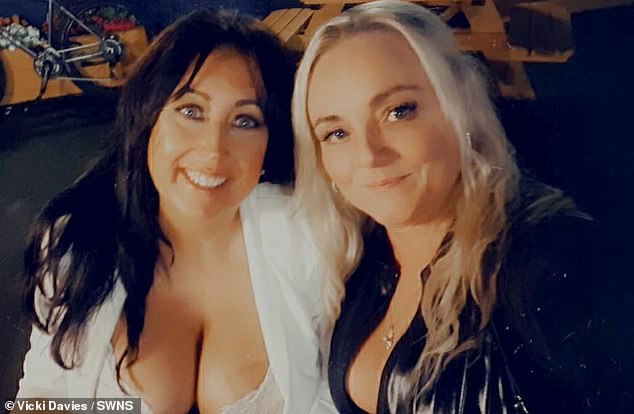 As a support worker for people with drug and addiction issues, Emma says she is very careful on nights out.

Judging from the way her body shut down, she believes she was spiked with mamba spray.

‘You only need a tiny amount of that and you could just spray it around the base of the vape,’ she said.

‘I was sat in the hospital thinking “how the hell did that happen to me?”, I didn’t have a drink off anyone, only four shots I watched them pour. But then I worked out it must’ve been my vape.

‘You put your vape inside your mouth and there’s only a thin layer of skin on your lip and it goes straight into your bloodstream.

‘I think he rubbed it on when he was in the toilet or just sprayed it on it.

‘To get mamba into prisons they spray it on paper then smoke the paper.’

Emma is said she was glad her friend Vicky Davies, 44, took a photo of her being stretchered into the ambulance.

‘It’s quite horrendous picture and it speaks volume just looking at it. I burst into tears and it made me quite emotional, but I need to get that out there so people know.

‘It’s quite shocking and anybody that knows will know what I do for a living and know I’m quite switched on and clued up about these kind of things.

‘I’m 43 and it happened to me worried about these younger girls going out.

‘If they target you they are going to get you any way they can.

‘You just wouldn’t think it would happen that way because everyone says watch your drink.’