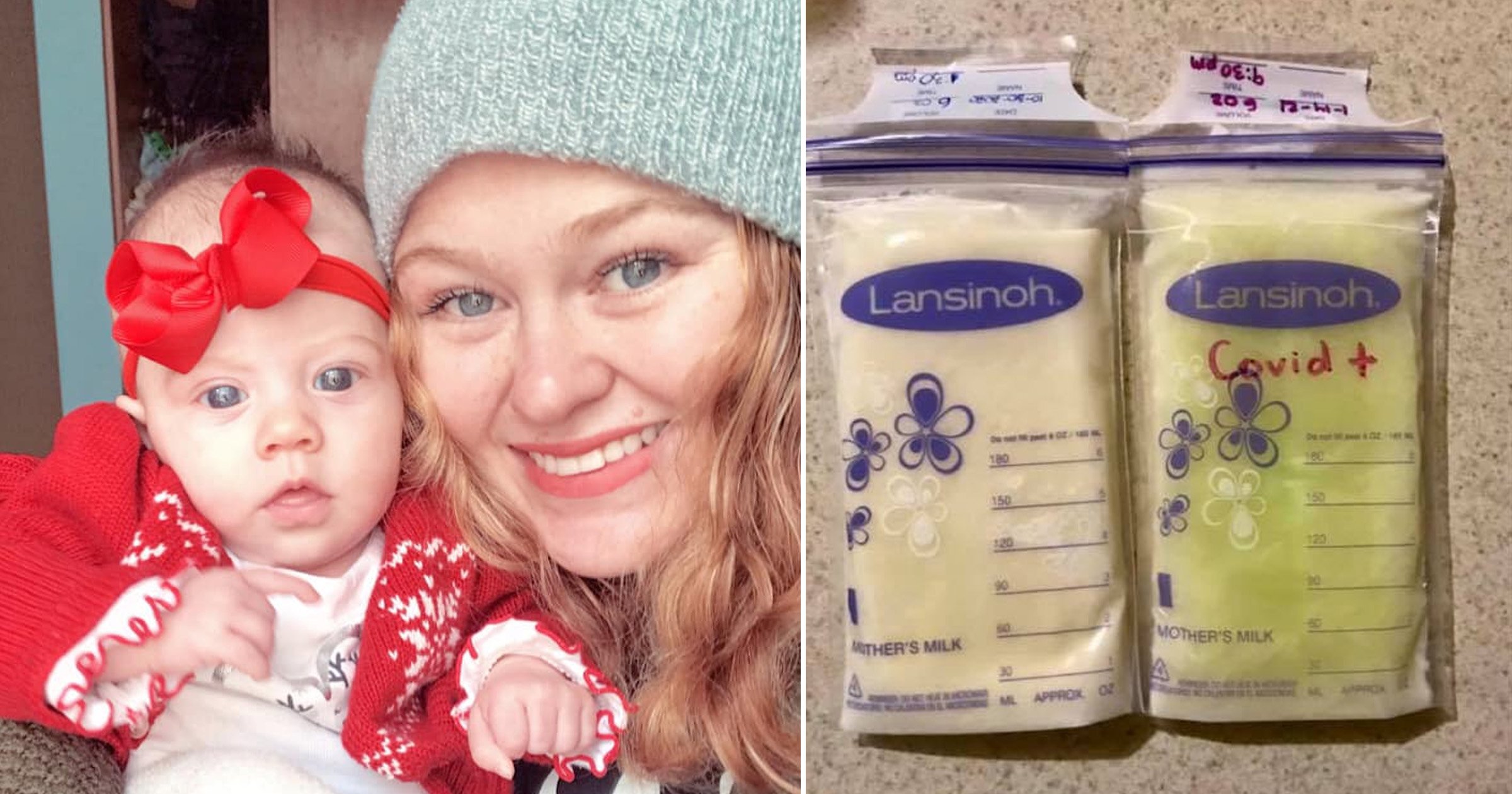 A new mum’s breast milk turned neon green after she and her baby girl caught Covid.

Anna Cortez was shocked to find her milk gradually turning a lighter shade of green as her immune system fought off the bug.

Some people suggested it could have been something to do with her diet, but she has always eaten plenty of greens and never had this issue before.

Anna went for advice from her daughter’s paediatrician, also a lactation consultant, who reassured her the milk was still safe to drink.

She was told that colour change was likely to have been triggered by her antibodies kicking in to fight off the virus and protect her baby.

After Anna eventually tested negative for Covid-19, her milk returned to its normal colour.

The English teacher, from Monterrey, Mexico, was told it is pretty common for breast milk to change colour if the baby or mum becomes sick as it will adapt with antibodies.

She told the Mirror: ‘The reason it was so noticeable in this case is because the virus is so strong.’

The paediatrician urged her to continue breastfeeding as usual and said if something is changing in her milk ‘it’s because that is what your body needs’.

Anna, who is studying psychology, has since spoken to other mothers who have experienced the same thing after getting sick and continued feeding their babies.

Guidance from the NHS says there is currently no evidence that coronavirus can be passed through breast milk and that the benefits of breastfeeding outweigh any potential risks.

The World Health Organisation add that the risk of infection in infants is low anyway and that symptoms more likely to be mild or asymptomatic.

Anna and her daughter Mikayla, then four months, caught coronavirus in January, along with other family members.

She says she had cold-like symptoms and lost her sense of taste and smell, and her girl developed a cough and fever but recovered within days.

Anna’s breast milk was white like usual when she pumped four days before coming down with symptoms.

When she decided to pump again after becoming infected, she says she didn’t even notice a change in colour at first because she was so sick.

She put a bag of the milk in the freezer without giving it much thought, but when she took it out later she noticed it had an almost ‘neon sheen to it’, and thought ‘what the heck is this’?

Feeling alarmed, Anna kept pumping and saw the milk was green and was getting ‘lighter and lighter’, but two days before testing negative it went back to its normal white colour.

She added: ‘People thought it was green from the food I was eating, but my diet didn’t change and I always eat a lot of greens, and my milk is never green.’

Pictures of Anna’s luminous breast milk went viral after she shared them on the Facebook group of Milky Mama, a California-based firm that makes brownies, biscuits, and other products that help milk production.

After that she was inundated with messages and photos from other mothers who had the exact same thing happen to them after catching coronavirus.

One of them wrote: ‘Freaking awesome! Our bodies are amazing! We were positive and nursed through! Freaking incredible!’

On its website, The Breastfeeding Network says: ‘Women who are breastfeeding can be given any of the three vaccines currently authorised for use in the UK if they meet the other conditions for receiving the vaccine.

‘As with other vaccines there is no evidence that anything other than antibodies passes into breast milk. Timing to avoid passage of the vaccine (i.e. not breastfeeding for a period to the baby) is ineffective.’