'My heart goes to you': 'Emotional' Michael Palin's Ukraine reunion

‘My heart goes out to you’: Moment ’emotional’ Michael Palin is reunited with Ukrainian man he first met 30 years ago in Kyiv during his travels for 1992 Pole to Pole BBC series

Sir Michael Palin has been reunited with a Ukrainian man who he first interviewed on one of his travel shows 30 years ago.

The Monty Python star, 78, first met writer and film-maker Vadim Castelli while travelling through Ukraine in the early 90s.

At the time, the comedian turned travel writer was attempting to travel from the south to the north pole while covering as much land as possible. His experience during the journey would later be turned into 1992 TV show Pole to Pole.

He then met Mr Castelli again 15 years ago when they discussed what his vision of Ukraine would look like in 15 years’ time.

‘Ukraine, by that time, should be much more sovereign,’ Mr Castelli said.

‘It should be much more independent and much more prosperous. Hopefully, it will be a real part of the European family.’ 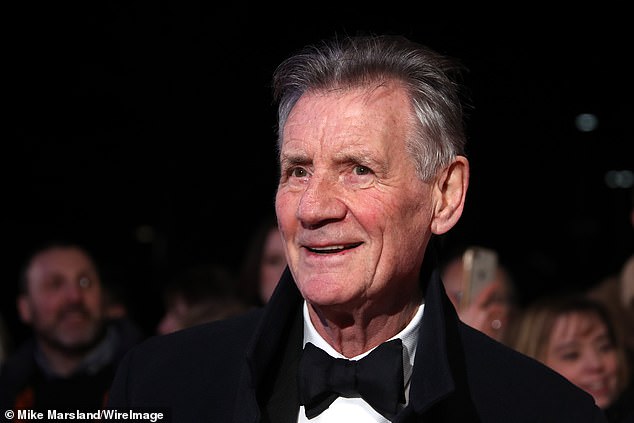 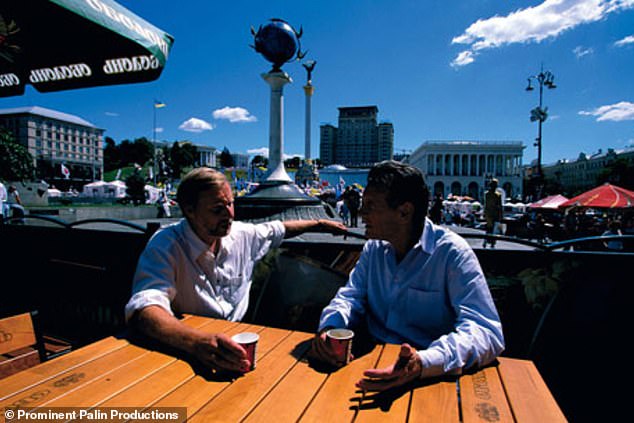 The pair were reunited on BBC’s Sunday Morning show after the show’s researchers tracked Mr Castelli down to his home on the outskirts of Kyiv.

‘I’m just so, so sorry about the dreadful circumstances and my heart goes out to you and your family, and everyone around you in Ukraine.’

Sir Michael told Mr Castelli that he was ‘so glad’ to speak to him. 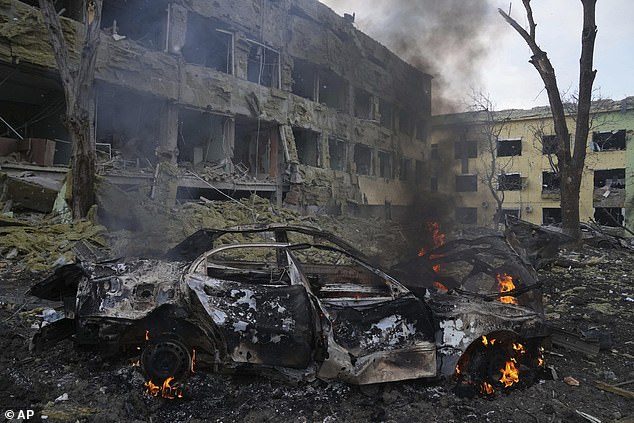 Here’s how YOU can help: Donate here to the Mail Force Ukraine Appeal

Readers of Mail Newspapers and MailOnline have always shown immense generosity at times of crisis.

Calling upon that human spirit, we are supporting a huge push to raise money for refugees from Ukraine.

For, surely, no one can fail to be moved by the heartbreaking images and stories of families – mostly women, children, the infirm and elderly – fleeing from the bombs and guns.

As this tally of misery increases over the coming days and months, these innocent victims of this conflict will require accommodation, schools and medical support.

Donations to the Mail Force Ukraine Appeal will be used to help charities and aid organisations providing such essential services.

In the name of charity and compassion, we urge all our readers to give swiftly and generously.

TO MAKE A DONATION ONLINE

To add Gift Aid to a donation – even one already made – complete an online form found here: mymail.co.uk/ukraine

Via bank transfer, please use these details:

TO MAKE A DONATION VIA CHEQUE

TO MAKE A DONATION FROM THE US

US readers can donate to the appeal via a bank transfer to Associated Newspapers or by sending checks to dailymail.com HQ at 51 Astor Place (9th floor), New York, NY 10003

He said: ‘Well, these are terrible circumstances and I’m so glad to talk to you actually.

‘We talked in good times and it’s great that we can talk again in bad times, because there has to be some sort of communication between us, between the nations, between the countries supporting Ukraine is so, so important.

‘I think that the the worst thing that can happen is that the communications end and the Russian block all our ability to talk to you and your people.’

The pair spoke about what more the UK and its allies could do for Ukraine.

Mr Castelli said that demanding that the west creates a ‘no-fly’ zone or immediately stops buying Russian gas and oil is ‘unrealistic’.

However, he said that Ukraine can continue to ask the west for weapons.

‘What we can hope for now is just more weapons so that we can keep on resisting’, he said.

He said that he could leave Ukraine if he wanted to because he is over the military fit age of 60.

‘Legally, nothing can stop me and I can try to leave the country.

‘It is not an easy way in terms of logistics but I can do that, I can take my wife.

‘I would not want to, at least not for now, because I feel like the reason why Putin could not take over Ukraine after two or three days as everyone predicted is because nobody on the Russian expected the Ukrainians to resist with such heroism, and I just have to be a part of my nation.’

He told Sir Michael: ‘Thank you so much Michael, it was such a pleasure seeing you.

‘Have I told you you haven’t changed since I saw you last?’

Sir Michael replied that he had ‘got a bit older’ since their last meeting. ‘It says on my birth certificate.’

He added that he found it ‘inspiring’ to hear from Mr Castelli again.

‘It’s great to see you, and I feel your strength there, which is important’, Sir Michael said.

‘You’re clearly not looking defeated, you’re not giving up – despite the awful circumstances and that’s pretty inspiring.

‘I know that we will speak again.’

Yesterday Russian and Ukrainian officials gave their most upbeat assessments yet of progress in their talks on the war in Ukraine, suggesting there could be a positive result within days.

Ukraine said it is willing to negotiate but will not surrender or accept any ultimatums, as a key Ukrainian negotiator said Moscow is beginning to ‘talk constructively’ ahead of a video-conference on Monday between representatives from both countries.

Ukrainian President Volodymyr Zelensky also said he would meet Vladimir Putin for peace talks, saying that whilst this is a ‘hard path, this path is needed’.