Home » World News » Myanmar coup: Woman, 20, dies after being shot in the head

Myanmar coup: Woman, 20, dies after being shot in the head

Mya Thwate Thwate Khaing, who had just turned 20, had been on life support after she was hit by a bullet in the capital Naypyidaw. She was shot on February 9 – two days before her birthday – moments after she told her brother by phone that police would not shoot. Video on social media shows her sheltering from water cannon with her sister behind a bus stop in the moments before the shooting. 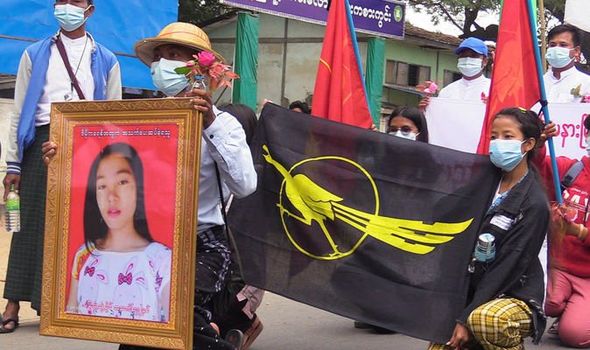 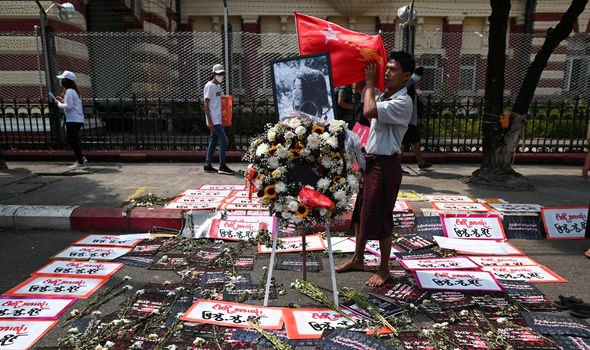 Yesterday’s death triggered a fresh wave of protest and anger.

The police have denied using lethal force at the rally in the city, but doctors have said two other protesters were also struck by live rounds.

The supermarket worker’s brother had begged her not to join the demonstrations out of fear they could turn violent.

But she travelled to the protest with her sisters from Yezin, a village north-east of the capital.

Her sister, Mya Tha Toe Nwe, said: “I want to encourage all the citizens to join the protests until we can get rid of this system.”