‘I gave Aung Suu Kyi half a million dollars in cash’: Business magnate linked to Myanmar’s military rulers makes extraordinary claim on TV as junta aim to discredit her

Myanmar’s ousted leader Aung San Suu Kyi faces new corruption charges from the country’s ruling generals after a businessman claimed on military TV that he had given her $550,000 in shady donations.

Suu Kyi’s lawyer says the claim is ‘groundless’ but it adds to a growing list of charges against the pro-democracy leader as the military junta tries to discredit her.

The latest allegation was broadcast on Wednesday night with construction magnate Maung Weik claiming he had made a series of cash payments to Suu Kyi and government ministers.

Maung Weik, who is linked to the generals and has previously been convicted of drug trafficking, claimed the payments had included $100,000 for a charity named after Suu Kyi’s mother and another $150,000 the following year. 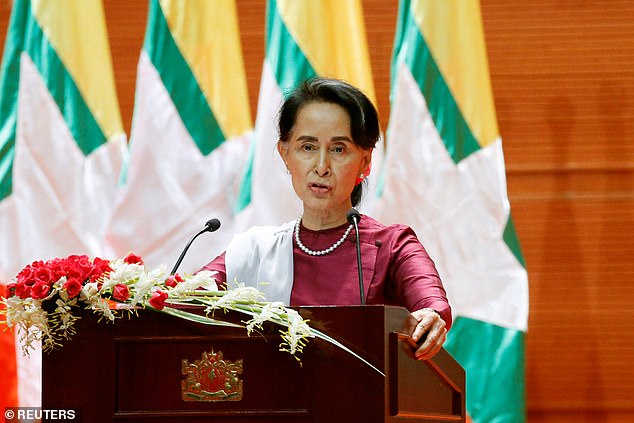 Aung San Suu Kyi, pictured, was arrested when the military took power on February 1 and has since been hit with a series of charges in an attempt to discredit her 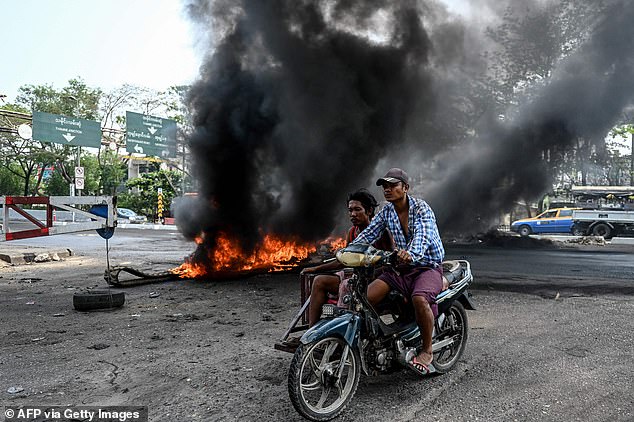 The February 1 coup that removed Suu Kyi’s government has brought hundreds of thousands onto the streets to confront the generals.

Security forces have responded with a brutal crackdown that has left at least 200 dead and led to widespread condemnation from abroad.

But she now faces more serious charges after military broadcaster Myawady aired the video of Maung Weik claiming he had made the payments ‘for the good of my businesses’.

‘Aung San Suu Kyi committed corruption and (authorities) are preparing to charge her according to anti-corruption law,’ an announcer said during the broadcast.

Maung Weik claimed the money included $100,000 given to Suu Kyi in 2018 for a charitable foundation named after her mother.

‘Aung San Suu Kyi may have her defects… but bribery and corruption are not her traits,’ he said, adding that most people in Myanmar will not believe the allegations. 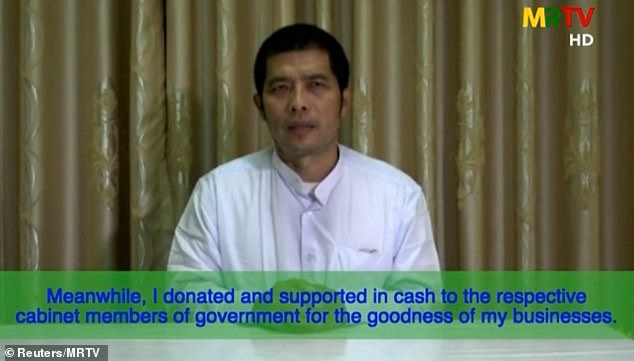 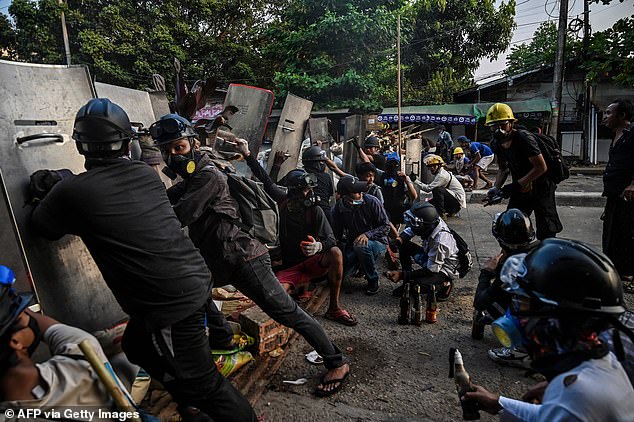 The latest charges against Aung San Suu Kyi come amid an ongoing crackdown on dissent (pictured, protesters take cover as they confront police in Yangon this week)

However a conviction for bribery in a case against her ‘personal character’ could see Suu Kyi ‘prohibited from taking part in political activities,’ Zaw said.

The military has already tried to implicate Suu Kyi in corruption, alleging she was given $600,000 plus gold bars by a political ally.

A state-run newspaper also reported today that the charity named after Suu Kyi’s mother is under investigation and accused of not paying enough fees on land.

Meanwhile, a court has issued an arrest warrant for the country’s UN ambassador, Kyaw Moe Tun, on charges of treason, the newspaper reported.

The charge stems from February 26 at U.N. headquarters, in which he condemned the coup and appealed for ‘the strongest possible action from the international community’ to restore democracy in his country.

Also charged with treason was Mahn Win Khaing Than, the civilian leader of Myanmar’s government in hiding, the newspaper said. 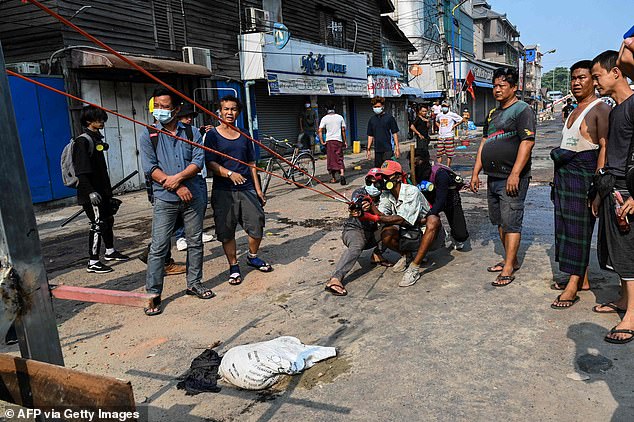 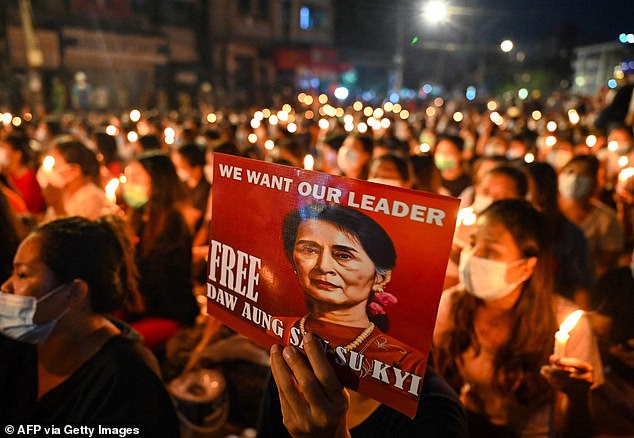 The acting vice president and member of Suu Kyi’s party had vowed to continue supporting a ‘revolution’ to eject the military from power.

Video showed large palls of smoke rising over the Tha Mine area in the city’s Hlaing township, with another barricade burning fiercely in the middle of a residential area.

One resident, who did not want to be named for fear of retaliation, said protesters set them alight after hearing that a column of police trucks was on its way.

Building barricades are now established tactics by opponents of the junta all over the country to impede police and army movement.

The barriers also provide some protection from the now-frequent use of live ammunition against them.

On Wednesday, at least two people were shot dead in Kalay in northwestern Myanmar, according to media and social media posts.

More than 200 people have been killed by security forces since the coup, according to credible tallies.