A MURDERED couple have been identified 40 years after allegedly joining a religious sect but their baby still remains missing. 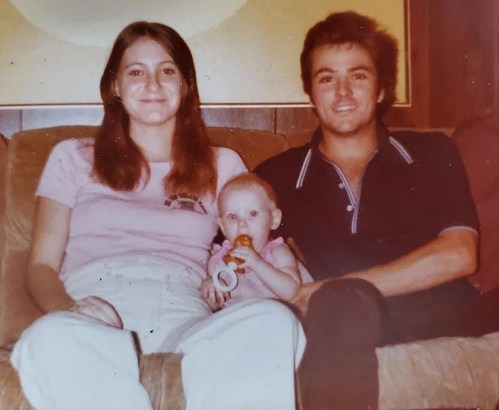 The pair were 22 and 18 at the time of their disappearance and decades later, their DNA was tested by genealogy investigators and linked the case back to a couple who were murdered in 1981.

But, their child Hollie Marie, who would've been 41, has not been found.

Donna Casasanta, Harold’s mom told USA Today: “I will never forget my son and Tina, I went years in pain wondering where they were.

She said she’s “praying” that she could see her granddaughter one day and hopes investigators can find her.

He then became “infatuated” with Tina after returning from a “misadventure”, according to the Houston Chronicle.

Casasanta admitted that she didn’t realize how serious the relationship was until her son told the family that they got married in a courthouse.

Her son used to write to her following their move to Texas, but the letters soon stopped.

Police "excused the disappearance with them leaving with the cult",according to Casasanta.

Months later, she then received a call from people claiming to have her son’s car who said they would return it to her for $1,000.

Harold's mom paid the money and three women, thought to be in their 20s and 30s, turned up to her home dressed in robes.

Casasanta wanted to speak to Harold but the women couldn’t answer questions about him or his wife.

In January 1981, a human arm was discovered by a dog in Harris County, which helped cops find two bodies.

Cops also found gym shorts and a bloody towel as they examined the scene for clues and evidence.

In 2011, their bodies were recovered as investigators wanted to extract DNA in a bid to solve the cold case.

Misty Gills, one of the investigators, told USA Today that the remains were in “good condition”.

They matched Harold’s DNA to close cousins living in Kentucky, according to reports.

Family members still do not know the motive behind Harold and Tina’s deaths.

But, Hollie was never found and the family continue to search desperately for answers.

They believe she was last seen in Lewisville, Texas and the investigation into her disappearance remains ongoing.

Fil Waters, a former police homicide detective, said: "Their best hopes likely would lie in finding a match in a genealogy database or if the child had committed a crime and had her DNA added to fede5ral forensic databases."

Brooks told USA Today that finding Hollie is the last piece in the puzzle.