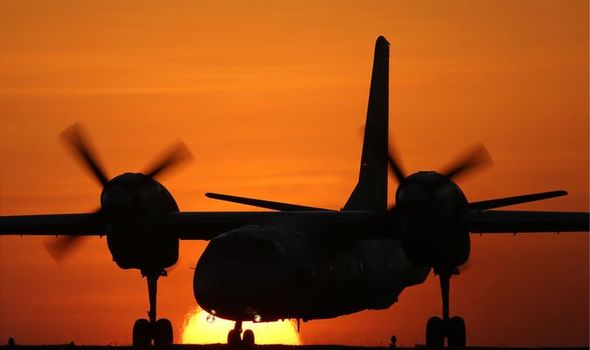 The AN-32 aircraft, which is typically used for transport, disappeared from radar screens on Monday in the remote, mountainous northeastern region near the Chinese border. Government officials said the Russian-built twin-engined turboprop plane took off from the town of Jorhat in Assam and was heading for for Menchuka in Arunachal Pradesh but lost contact with ground agencies about 30 minutes into the flight.

I pray for the safety of all passengers on board

Villagers are reported to have seen smoke on a mountainside on the plane’s flightpath but there has been no sign of any crash site or wreckage.

An an official said: “Since the aircraft did not reach the airfield, overdue action was initiated.

”A total of eight crew and five passengers were on board.”

Defence Minister Rajnath Singh, who assumed charge of the ministry last week, said he was in touch with senior air force officials.

He said: ”I pray for the safety of all passengers on board.” 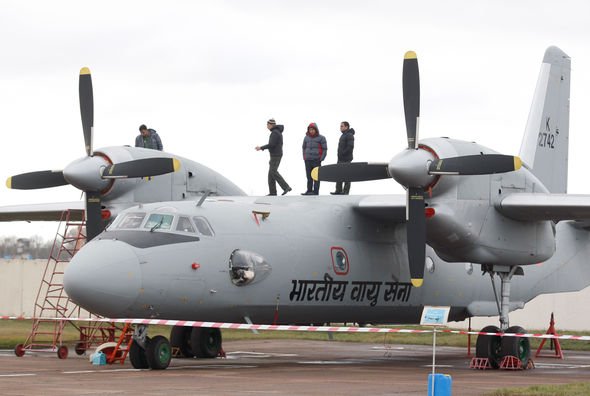 The Indian Navy has deployed a Long Range Maritime Reconnaissance aircraft equipped with infra-red sensors to search through the dense vegetation.

An Indian Air Force spokesman said: “IAF has intensified efforts to locate the missing AN-32.

“Despite challenges posed by vegetation, inhospitable terrain and poor weather,the search has been expanded.

“All leads from airborne sensors are being closely assessed and followed-up with search by aircraft and ground teams.” 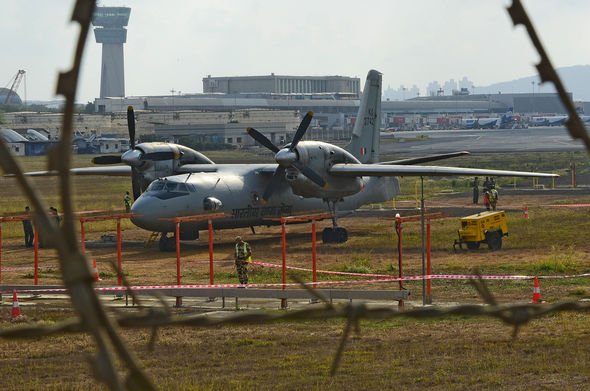 He continued: “The search by IAF and Indian Army helicopters was adversely affected by weather during the day today.

“However, supported by the Indian Army, Indian Navy, police and state administration, the search efforts by ground teams and airborne sensors will continue through the night.”