A NAKED man was arrested after a fleeing a house engulfed by flames following an explosion that injured a police officer.

The 40-man was seen on the roof of an adjacent building before being led into a police van after the Friday lunchtime blaze in New Cross, south London. 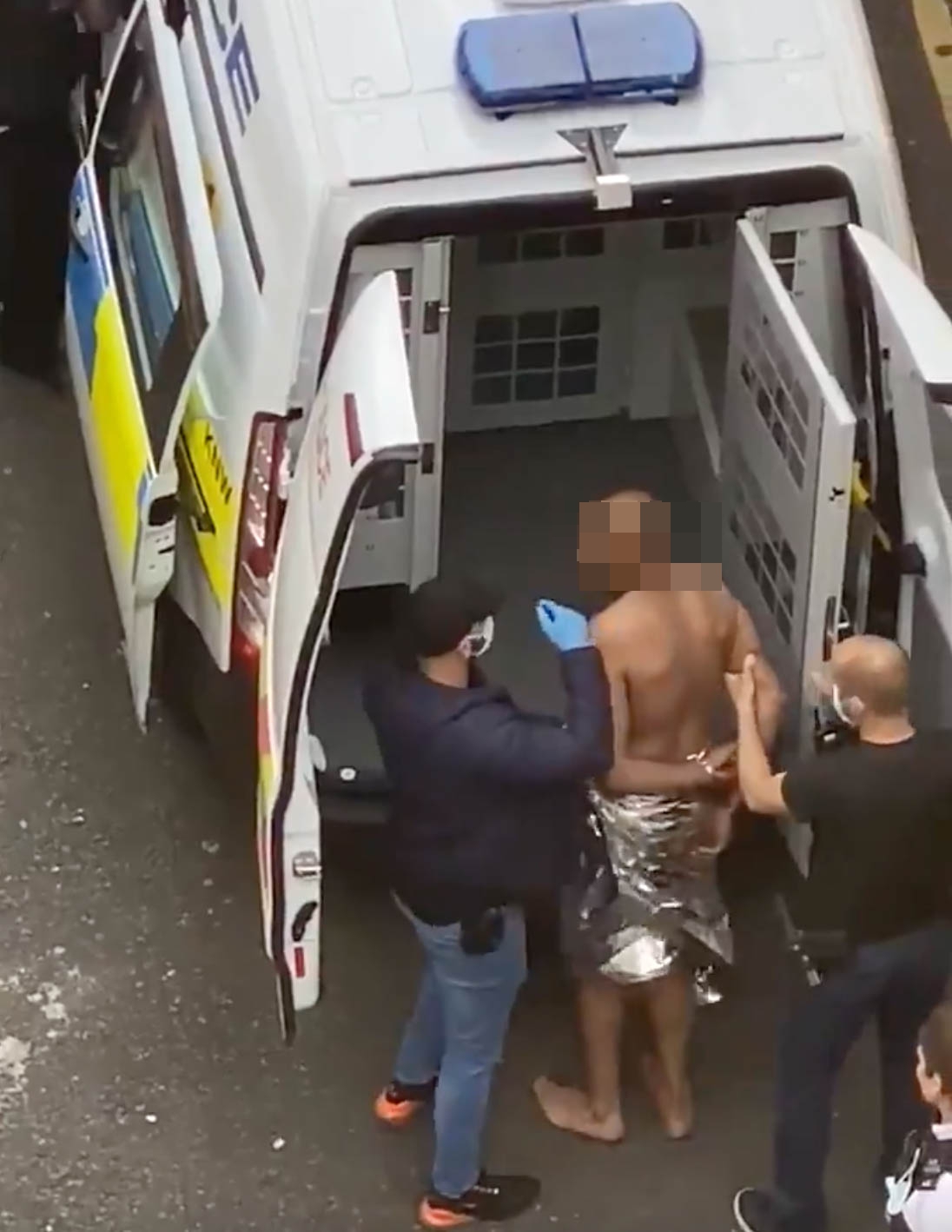 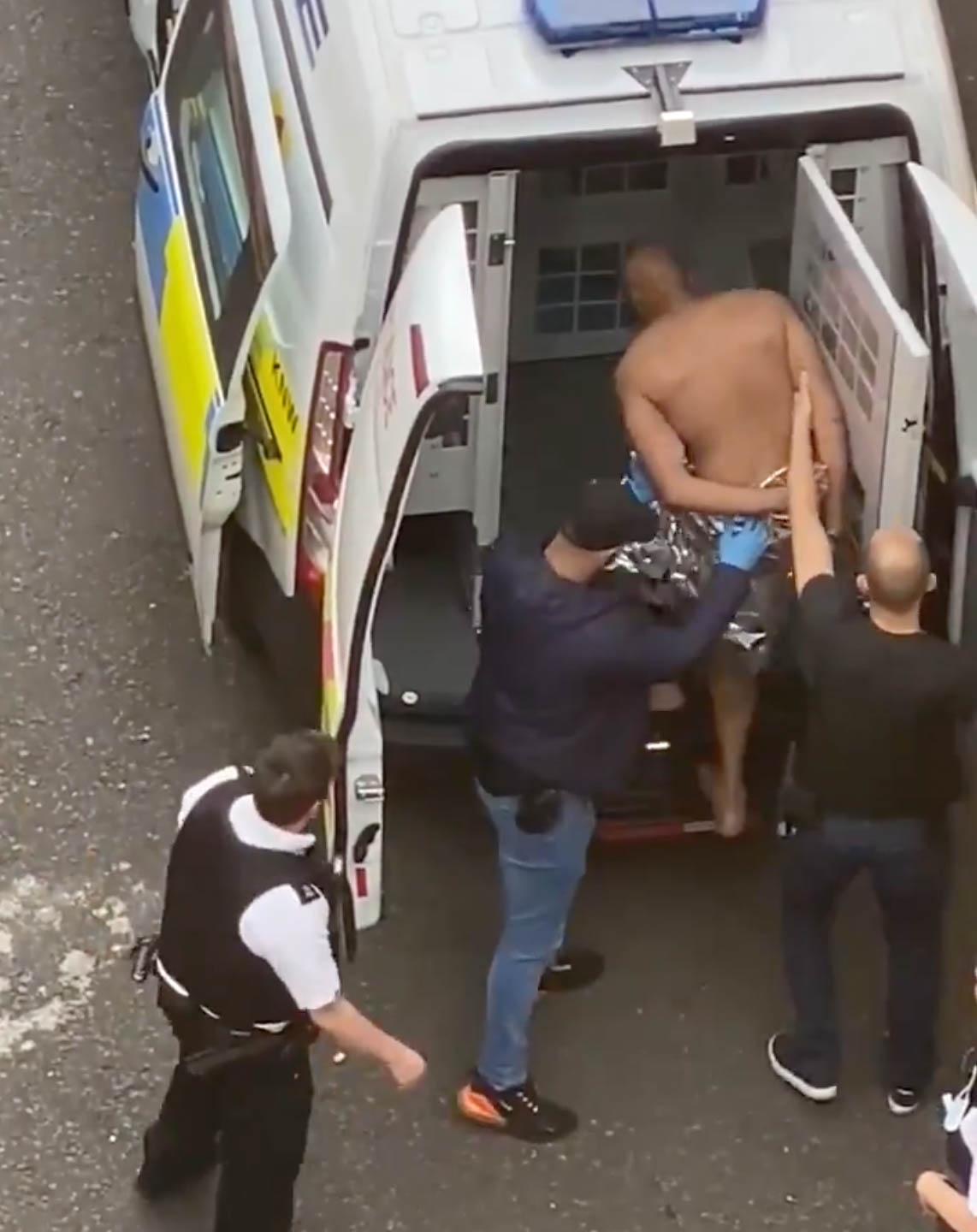 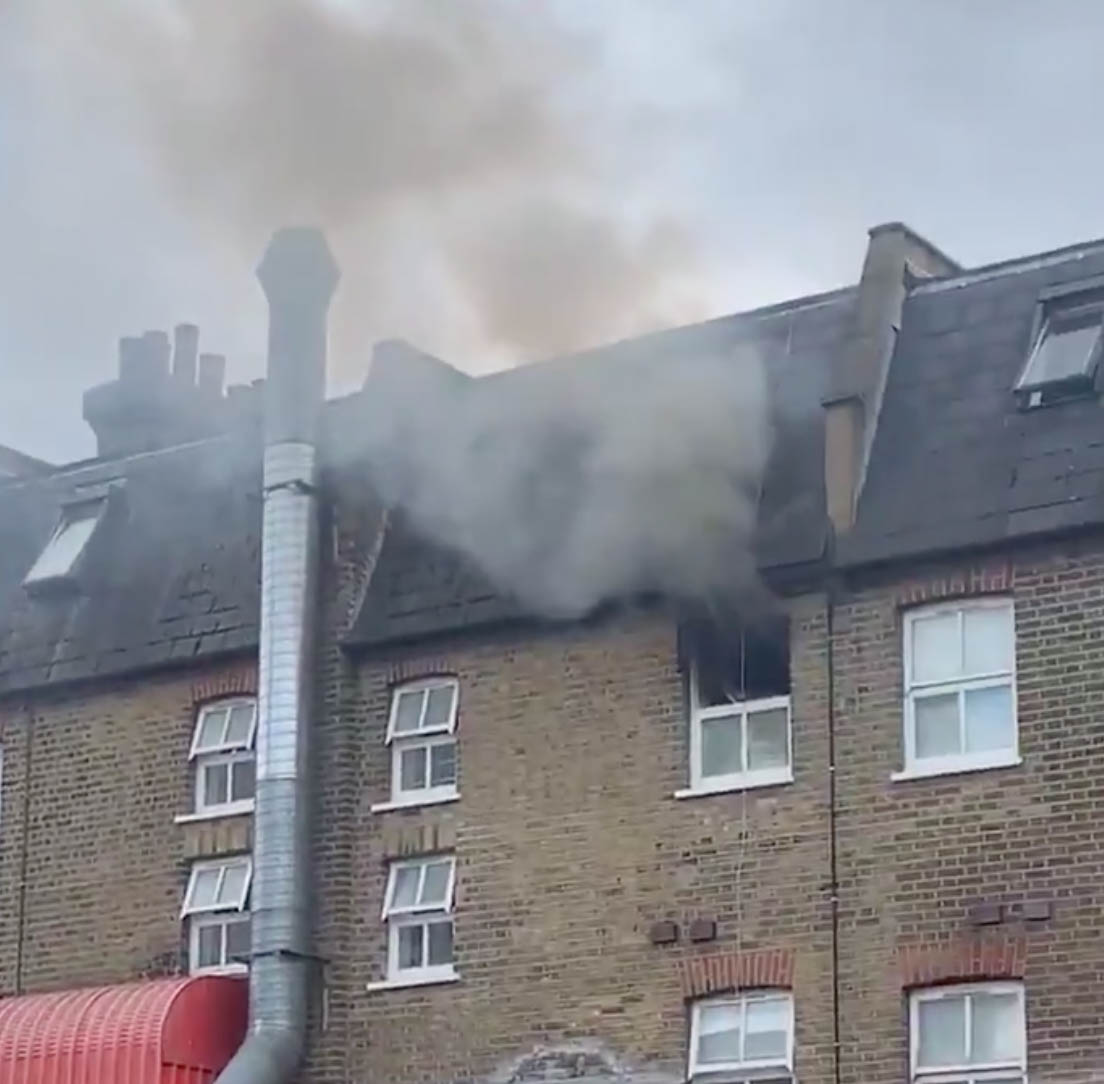 The fire caused huge disruption to traffic after A2 New Cross Road – a major route in and out of the capital – was closed.

The Met Police say they were called at around 1.30pm in response to an incident at Batavia Mews, New Cross earlier in the morning.

As they entered the premises, they heard an explosion and a female officer sustained burns.

She was taken to hospital in south London and her injuries currently thought to be non-life threatening. 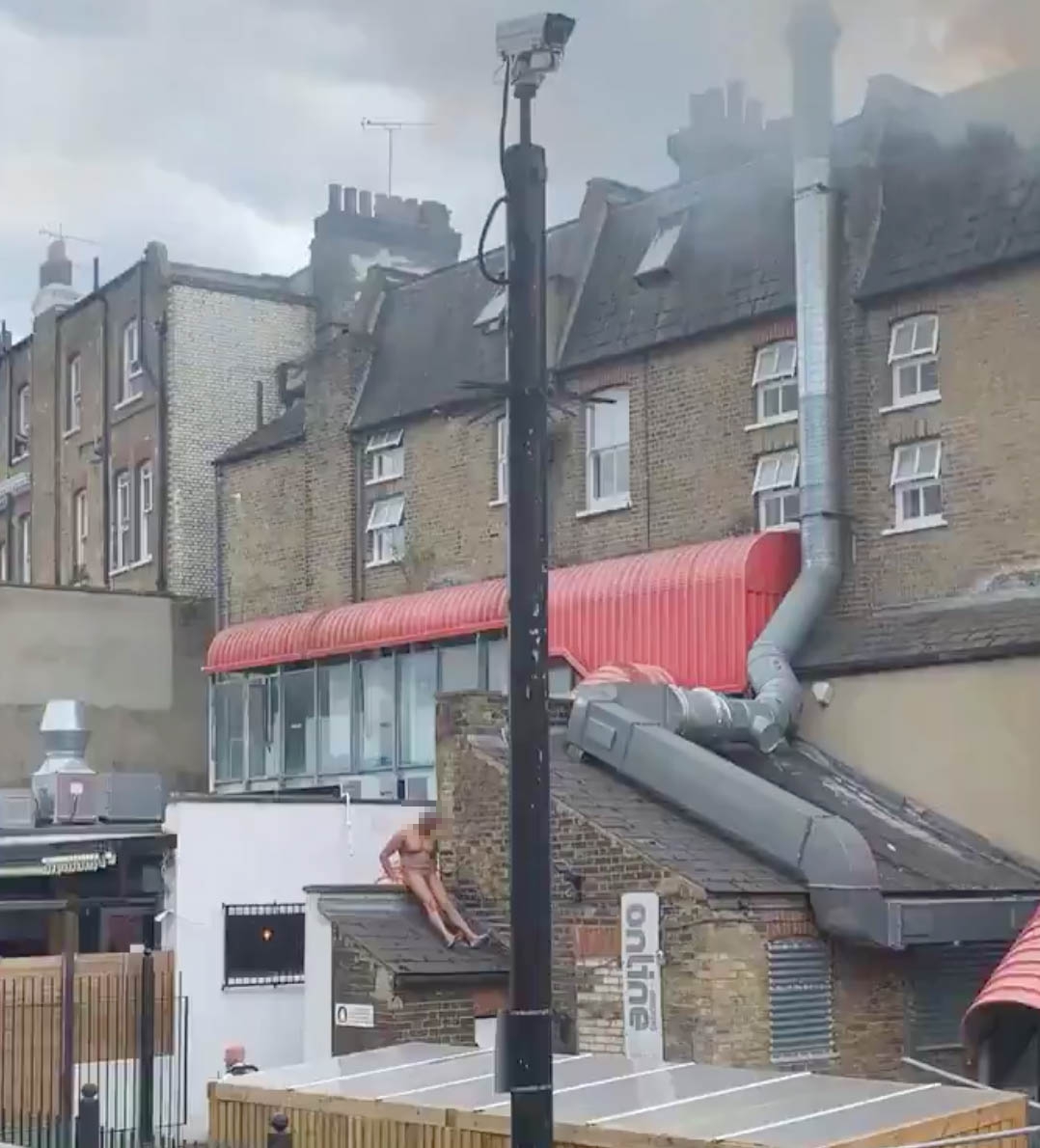 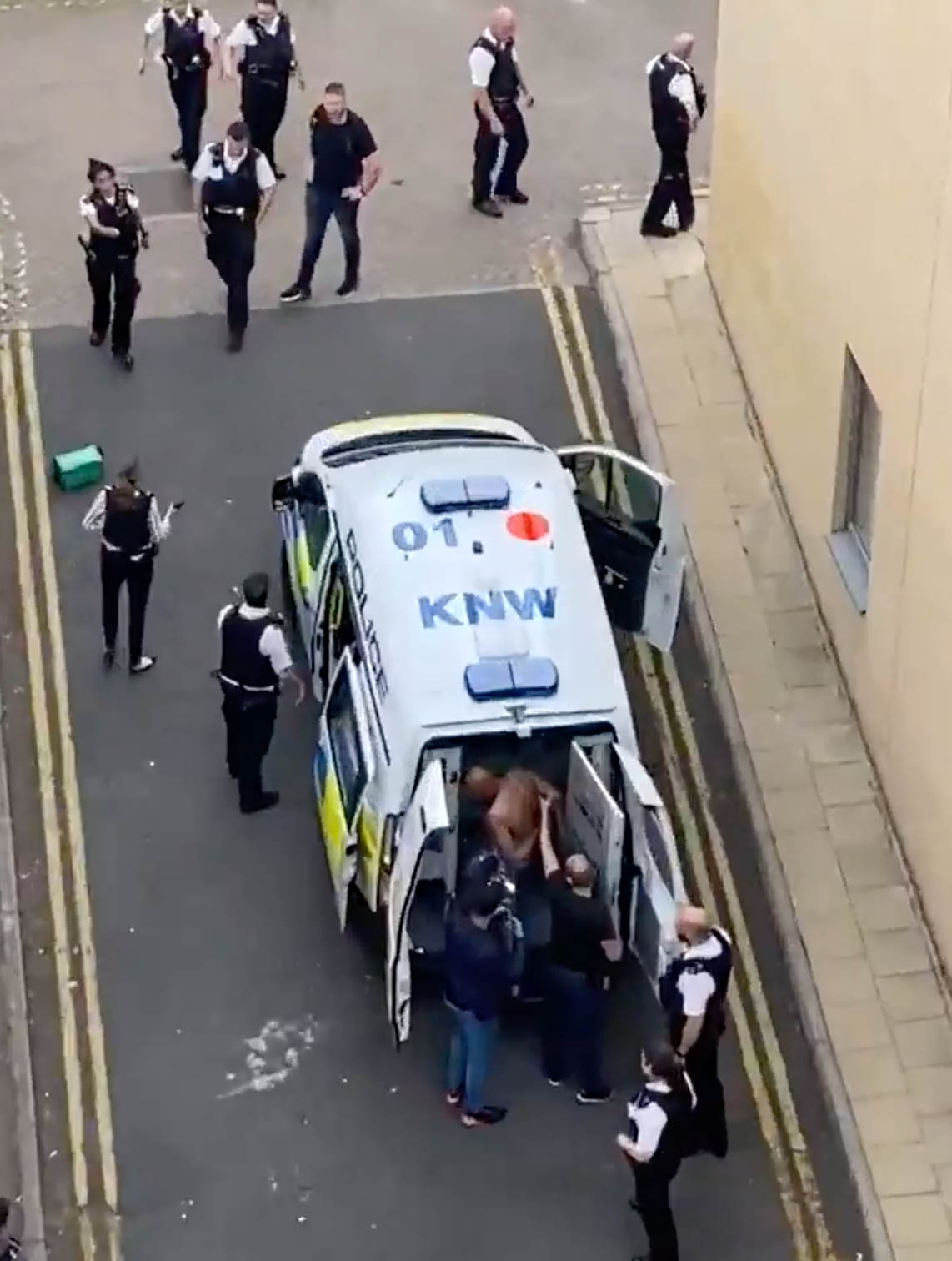 “A man, aged 40, was arrested on suspicion of arson with intent to endanger life and GBH at the scene,” said the force.

“He has been taken to a police station in south London. At this stage, the incident is not thought to be terror related.”

London Fire Brigade said four fire engines and around 25 firefighters were called to the fire, which was in a flat above a shop.

Most of a five-roomed flat on the third floor of the building was ablaze at one point.

London Ambulance Service spokesperson said: "We were called at 1.36pm today to reports of an incident on Batavia Mews, SE14.

"We treated one person at the scene and took them to a hospital."