A NAKED man was spotted taking a leisurely walk through central London's empty streets during lockdown.

Locals were stunned to see the stark-naked stroller while out for their daily exercise on Sunday afternoon. 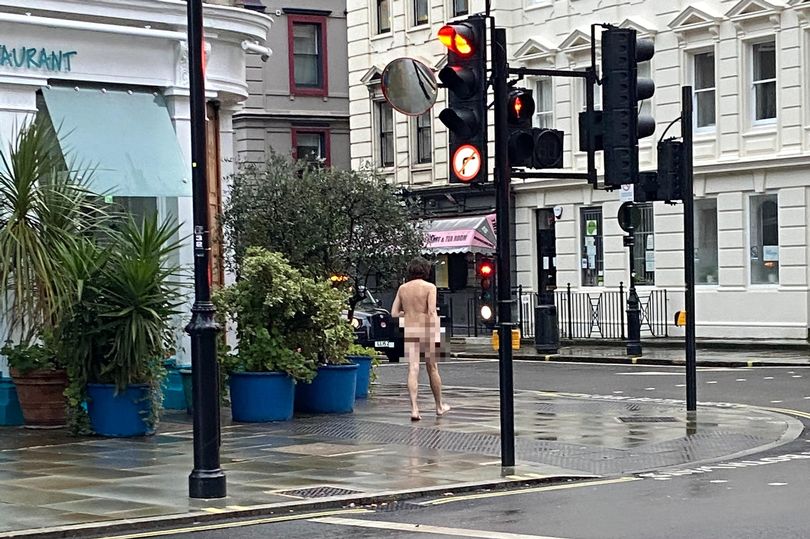 A photo shows the man with shaggy dark brown hair confidently strutting his stuff barefoot on the street.

The man who was walking towards Bloomsbury Square gardens was “completely unphased” by the stares of people passing by.

When asked by one confused Londoner where his clothes were he explained: “I just took my clothes off to wash myself."

Police were unable to locate the man who was later spotted again running past the British Museum.

One woman, Catherine, 22, said she was walking on Great Russell Street at around 3.45pm when she noticed “a stark naked man walking down the road”.

She told MyLondon: “One man stopped him and asked why he was naked to which he casually replied ‘I just took my clothes off to wash myself’ and carried on walking.

“My friend called the police who said the museum security had already called it in, then asked for a description of the man ‘aside from the naked part’.

“Once he walked past the museum he started running and we lost him.

“A few minutes later a police car and an ambulance were patrolling the area.

“A bit more exciting than our usual Sunday walk!”

A Met Police spokesperson said: “Police were called at 3:53pm on Sunday, January 24 to reports of a man seen walking naked in Great Russell Street.

“Officers attended and carried out a thorough search of the area.

“Nobody matching the description was found.”