A BRAZEN neighbour scribbled a passive-aggressive note on a parcel after the package had been stolen.

The man, from Sydney was posted the empty package with a scornful note telling him off for littering. 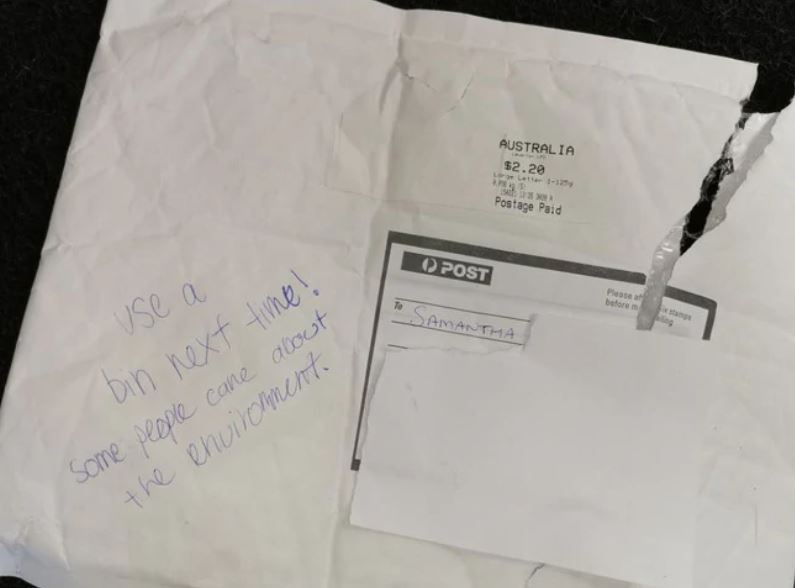 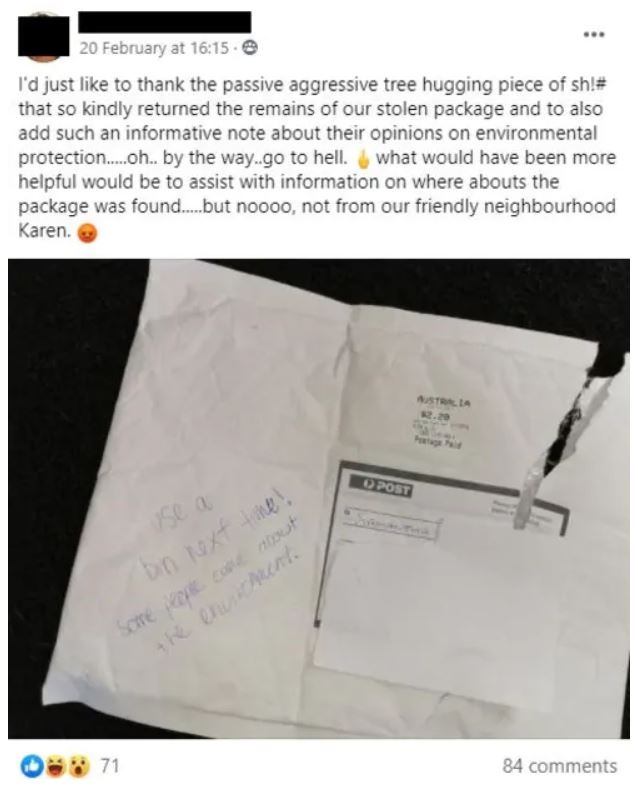 He presumed that someone had found his package on his doorstep, removed the contents and then chucked the remnants away.

"Use a bin next time! Some people care about the environment," was written on the parcel wrapping.

"Oh … by the way … go to hell,” the outraged man from Sydney, Australia, wrote in a post on a Facebook community group.

“What would have been more helpful would be to assist with information on where the package was found but no, not from our friendly neighbourhood Karen.”

The post attracted attention in the noticeboard, with one person calling the author of the note “spiteful” and “idiotic”.

“Why can’t people just get out of other peoples’ business,” another said.

But not everyone felt the same, with some jumping to the note writer's defence.

“Can’t blame old mate for it. How did he know it was stolen he only found the remains,” one woman wrote.

“That’s what I thought. There are more litterbugs than mail thieves in the world,” another agreed. 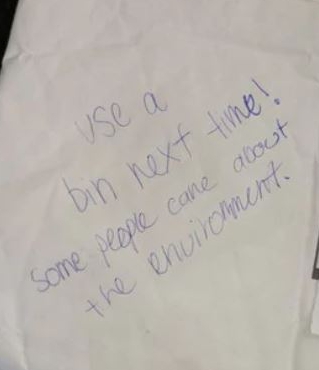