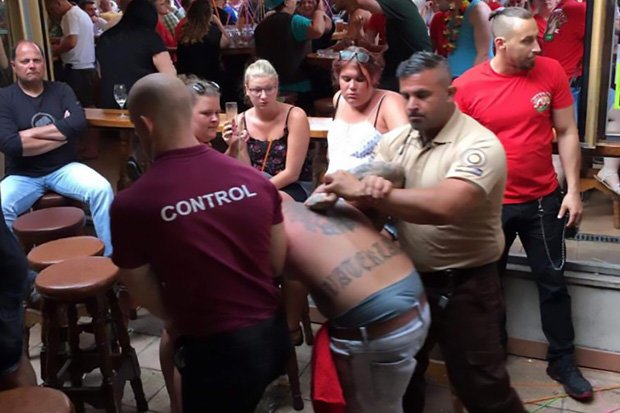 Police arrested the two Germans after one of the tourists, who did not have identification on him, handed over hisphone which had a scanned image of his ID on it.

They are currently being held in custody and, according to police, sobbed when arrested.