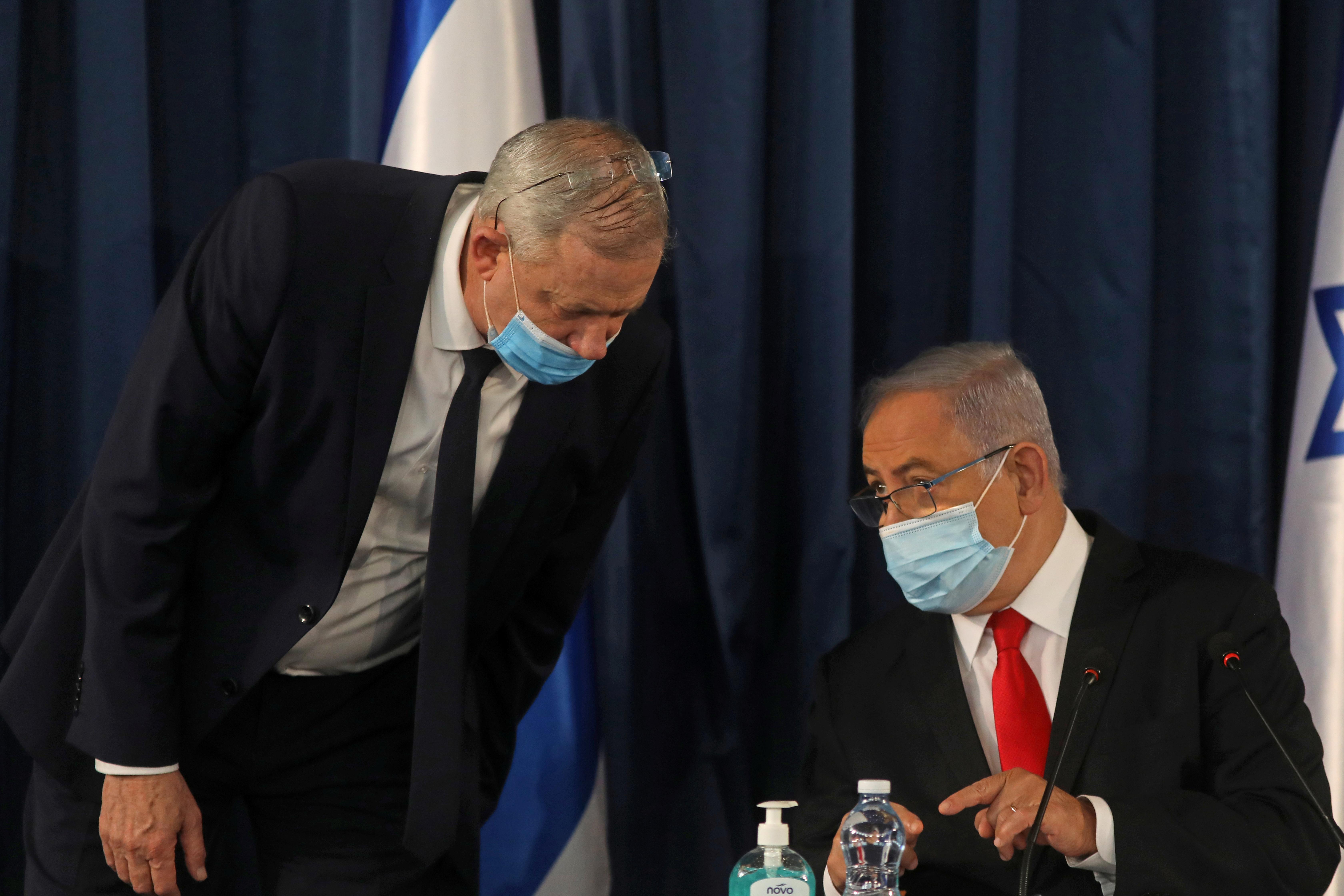 Centrist ex-general Benny Gantz and the conservative Netanyahu agreed to begin discussing annexations as of July 1, but the plan — already dogged by diplomatic blowback — has been sidelined by a resurgence of coronavirus.

Gantz says the health crisis should take precedence over any West Bank moves that may inflame conflict with the Palestinians. The Israeli-occupied West Bank is part of territory Israel captured in the 1967 Middle East war.

Netanyahu could go it alone in declaring Israeli sovereignty over the West Bank settlements and strategic Jordan Valley. But Gantz’s misgivings have complicated Israeli efforts to present a united front on annexations and how they might fit with U.S. President Donald Trump’s plan for Middle East peace.

While Gantz — whose popularity has plunged since he broke with an opposition alliance to join Netanyahu in March — has limited political clout, his role as defence minister also puts him directly in charge of civilian activities in the West Bank.

Alon Schuster, Israel’s agriculture minister and a member of Gantz’s Blue and White party, said he was working to achieve “cultivation and not annexation, now” for West Bank farmers.

“We need to bring water to the Jordan Valley — for both the Israelis and the Palestinians who live there, by the way — and to improve electricity,” Schuster told Tel Aviv radio station 102 FM. “Why quarrel and waste time? … I hope we expend our national resources on this.”

Another Blue and White minister said this was also Gantz’s approach, and that the party leader believed working on West Bank infrastructure shared by settlers and Palestinians would “enable coexistence in accordance with the Trump plan”.

The Palestinians have rejected the Trump plan, which envisages them gaining statehood in 70% of the West Bank, as a non-starter. European powers worry unilateral Israeli territorial moves could kill off long-moribund peacemaking.

Senior ministers from Netanyahu’s Likud party have urged annexation now. Some privately worry that Trump’s interest will wane as the U.S. election in November nears, and that should he lose, that would close a window of opportunity for annexation.