Netflix cracks down on password sharing in Latin America countries

Netflix is expected to report TWO MILLION lost subscribers today as it cracks down on password sharing in Latin America and tells users to pay $2.99 a month for extra households

Netflix is expected to report a loss of up to 2million subscribers with the release of its second quarter financial report this afternoon.

The staggering number was predicted in its last report issued in April, in which it was announced that the streaming giant had suffered a net loss of 200,00 subscribers since the start of 2022 – its first decline in a decade.

The report is due on the heels of a subscription policy rollout in Latin America intended to test strategies for cracking down on password sharing, which Netflix has fingered as a primary cause for its plummeting numbers.

The streaming service will ask subscribers in five Latin American countries to pay an additional fee if they are consistently using the platform in a different household.

Users in El Salvador, Guatemala, Honduras, the Dominican Republic, and Argentina will receive a notification on their account if it has been used for more than two weeks outside of their primary residence. They will be asked to fork over an additional $2.99 ($1.70 in Argentina) on top of their regular subscription for the ability to continue watching at that different location.

The additional fee will not apply to users watching on mobile devices, including laptops, phones, and tablets.

The move has the potential to make or break Netflix, which has been struggling to find a way to shore up its plummeting profits while maintaining its subscription based revenue platform.

Analysts have said that Netflix is doing everything it can to avoid subjecting users to advertisements or selling their data, but many predict it is only a matter of time before the firm is forced to turn to that. 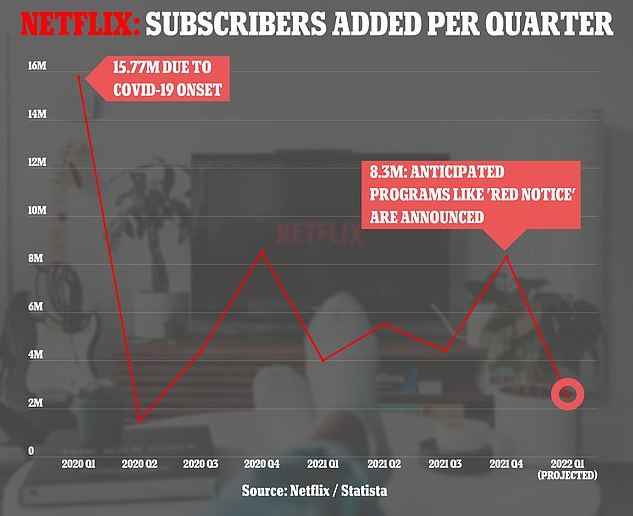 Pictured: Netflix subscribers over the past few months are pictured along with the projected first quarter of 2022 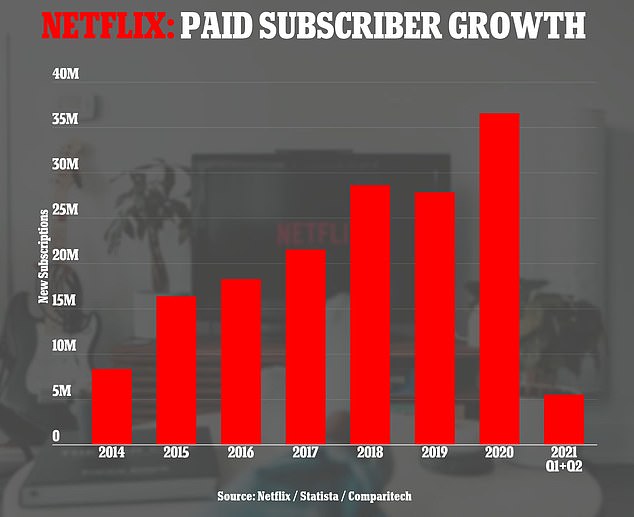 Netflix paid subscriber growth, showing a steep drop-off from 2020 to the first two quarters of 2021

The move comes after Netflix’s share price plummeted over 65% since the start of the year following the announcement of its 200k subscriber loss in April. That loss could pale in comparison to the 2million loss the firm has been predicted as a possibility in Q2.

Netflix has previously blamed widespread abuse of password sharing by users as one of the primary causes of its flagging subscription numbers, saying that over 100million households are taking advantage of accounts being paid for by others. 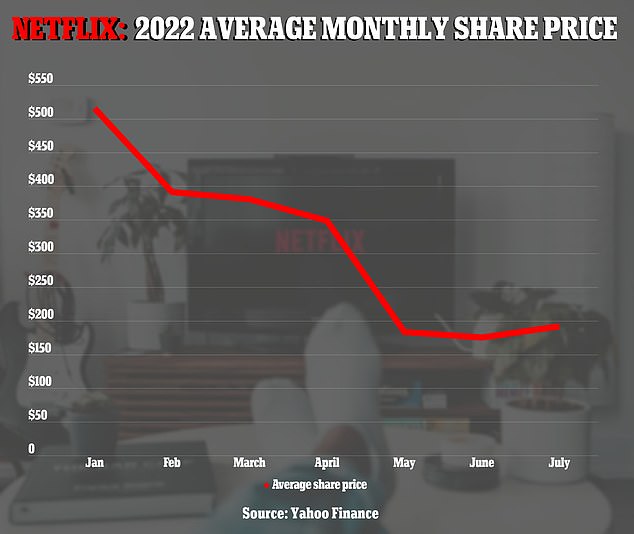 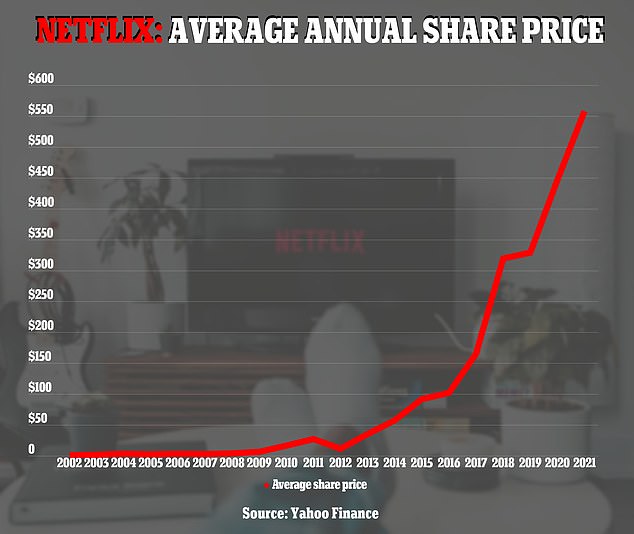 The company has said that password sharing has been a particular problem in Latin America, and previously introduced measures to curb it in March by asking users in Costa Rica, Chile, and Peru to add additional users.

The news follows Netflix’s devastating first quarter, which saw the company shed record numbers of subscribers and an overnight loss of $50billion in valuation over a single night after investor Bill Ackman pulled $1.1 billion in funding.

‘Well, it’s a b***h,’ Reed Hastings said in a town hall with employees after the plunge in April, according to the Wall Street Journal.

The hedge fund manager ditched the 3.1million shares he bought just three prior the turmoil at the streaming giant continued to spiral, announcing his New York-based Pershing Square Capital Management was parting with the investment due to the firm’s ‘unpredictable’ future. 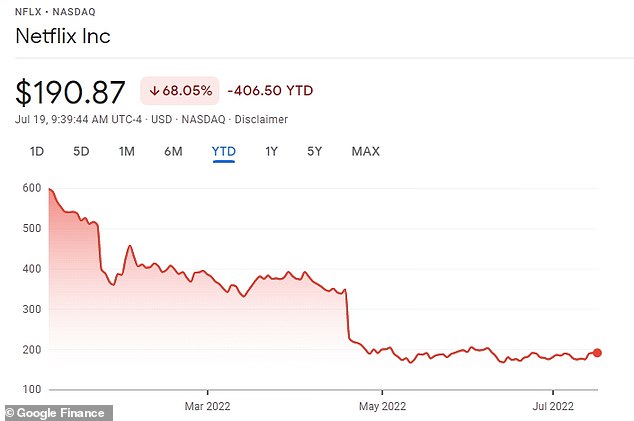 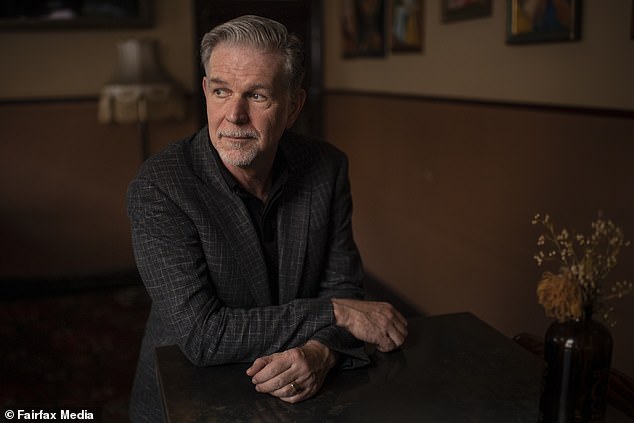 ‘Well, it’s a b***h,’ Reed Hastings said in a town hall with employees after Netflix lost $1.1billion in investments in April

‘It’s a great company run by a great management team at a time when there’s a degree of uncertainty that doesn’t make it fit in the Pershing Square portfolio.’

In January, he funneled over $1 billion into the streaming service just days after a disappointing forecast for subscriptions pushed the share price lower.

But he dumped that investment after the company reported its 200,00 subscriber loss, despite the exit-move costing him $400million.

Netflix’s decision in early March to suspend service in Russia after it invaded Ukraine resulted in the loss of 700,000 members alone.

How Netflix became a pandemic darling with it’s original content before losing 200,000 subscribers and the confidence of investors

2007 – Netflix launches its streaming website, the same year it delivers its billionth DVD

2008 – All Netflix customers with a DVD rental subscription are give full access to the online streaming service, free of charge

2009 – Streams on the Netflix website surpass all DVD shipments

2012 – Netflix launches in select countries across Europe, and signs a streaming deal with Disney and The Weinstein Company

2017 – After four years of producing original content, Netflix announces plans to make half its library consist of original content by 2019 by investing $8billion in the project

March 2022 – After the invasion of Ukraine Netflix announces it is halting all streaming services in Russia at the cost of 700,000 subscribers