New £200,000 house is built with bus stop blocking the path to the front door

A NEW home up for sale takes "unrivaled transport links" to a whole new level.

The town house, on the market for £174,950, is so well-connected it comes with a bus stop literally on the door step. 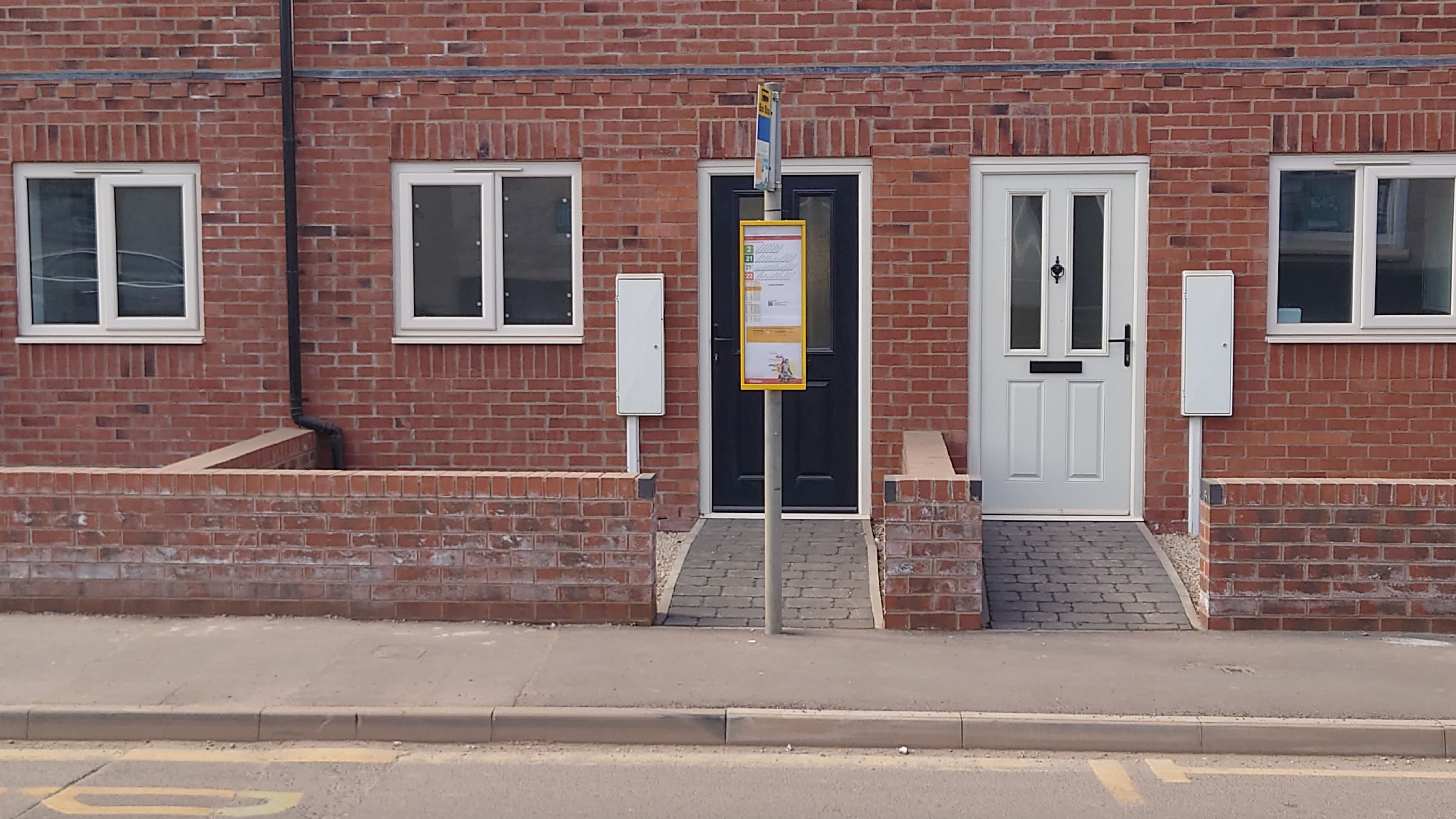 The pole stands bang square in the middle of the entrance to the path leading up to the house, meaning some expert manoeuvres might be necessary to gain access.

And it would cause some serious trouble for anyone with a buggy, wheelchair or simply a lot of shopping.

The new-build, in Burton, Staffordshire, runs over three floors and comes with a garden and allocated parking space.

But the new occupants may not need a car with such a convenient public transport service right outside.

Local David Britton said: "It’s not exactly wheelchair or pram-friendly. I had to laugh – presumably they’re going to move the bus stop sign before anyone moves in."

Another local said: "What a funny situation. You would have thought it would have been sorted before the house was built.

"Could you just imagine moving in and seeing that there. What a laugh."

The sign was there before the houses were built, according to bus firm Midland Classic.

And the developer has confirmed it will be moved before the new owners move in.

Council bosses are now moving quickly to get it shifted.

Staffordshire County Council's head of highways James Bailey said: "We will be speaking to the developer to relocate the bus stop as soon as possible."

'NO EXCUSES FOR MISSING THE BUS'

It boasts three bedrooms, a "contemporary style kitchen" and open plan living-dining area – plus French doors which open out to a west-facing garden.

There are five plots in total, but only three left – although unsurprisingly one of those is the bus stop home.

Twitter erupted with comments poking fun at the unusual set-up.

One person said: "No excuses for missing the bus."

Another wrote: "That's what you call door to door service."