Man, 81, who has lived off-the-grid in small solar-paneled cabin in New Hampshire woods for THREE DECADES is arrested for ‘squatting on private property’

An 81-year old New Hampshire man has lived in a remote cabin along the Merrimack River in New Hampshire for nearly three decades, but was forced off the property and arrested on July 15 as the owner plans to tear it down.

David Lidstone, a U.S. Air Force veteran and father of four, is behind bars on a civil contempt sanction for squatting illegally for 27 years. A judge has said that he could be released, however, if he agrees not to return to the cabin and lets its owner demolish it.

‘He holds the keys to the jailhouse in his hands,’ Judge Andrew Schulman said. ‘He can open the door and leave whenever he’d like. All he has to do is agree to abide by the court’s prior orders.’ 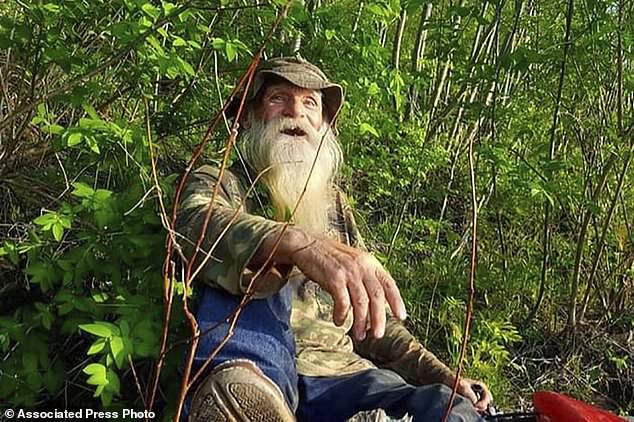 David Lidstone was arrested on July 15 for squatting in a remote cabin for three decades , as the owner plans to tear it down 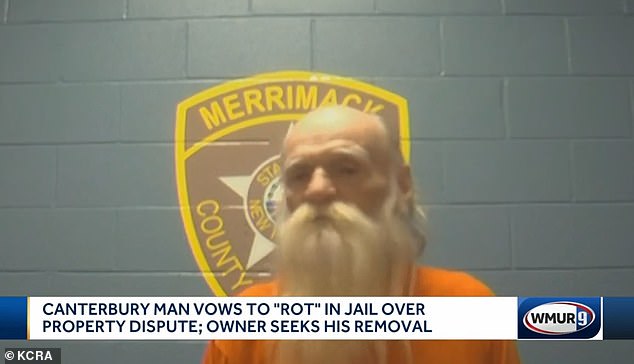 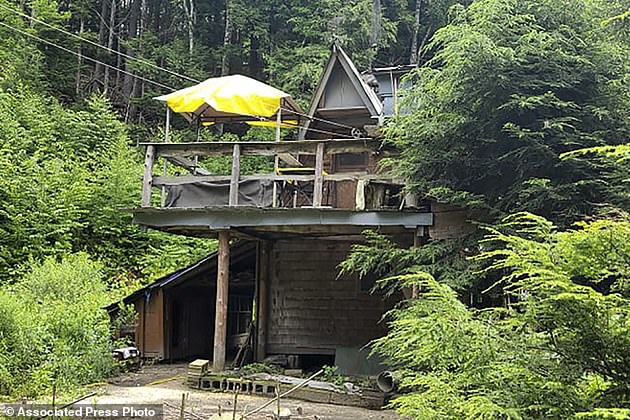 The wooden, two-level A-frame cabin, a few miles from Interstate 93, is adorned with solar panels and features a cluttered kitchen with pots hanging from the ceiling, some appliances, and curtains on the windows 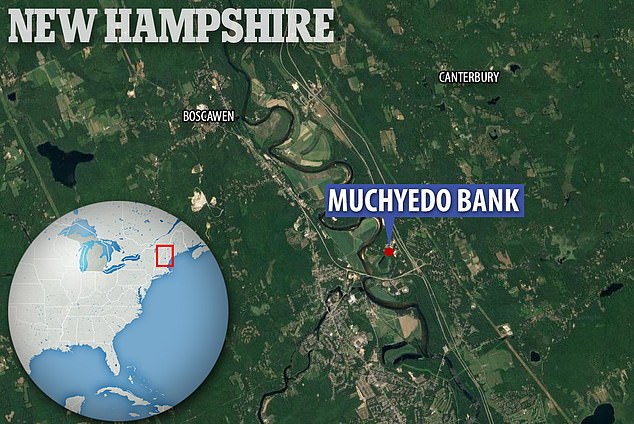 The wooden, two-level A-frame cabin is near the Muchyedo Bank and in between the Merrimack River and Interstate 93

But Lindstone refuses to leave what he’s come to know as his home.

He told Schulman, ‘You came with your guns, you arrested me, brought me in here, you´ve got all my possessions. You keep ´em. I´ll sit here with your uniform on until I rot, sir.’

The wooden, two-level A-frame cabin is near the Muchyedo Bank, and in between the Merrimack River and Interstate 93. It is fitted with solar panels and a wooden balcony. It’s interior features a cluttered kitchen with pots hanging from the ceiling, some appliances, and curtains on the windows.

Lindstone, who is known by local boaters and kayakers as ‘River Dave,’ created a footstool with a base made of stacked beer cans, which sits on his porch. He’s attached lights, a mirror and a pulley for a clothesline to logs supporting the cabin. He has grown his own food, cut his own firewood, and tended to a pet cat and chickens.

Near the home is a gravel path leading to vegetable garden plots outlined by logs and some berry bushes. Lidstone gets his water from a stream and often spends time along the Merrimack River. 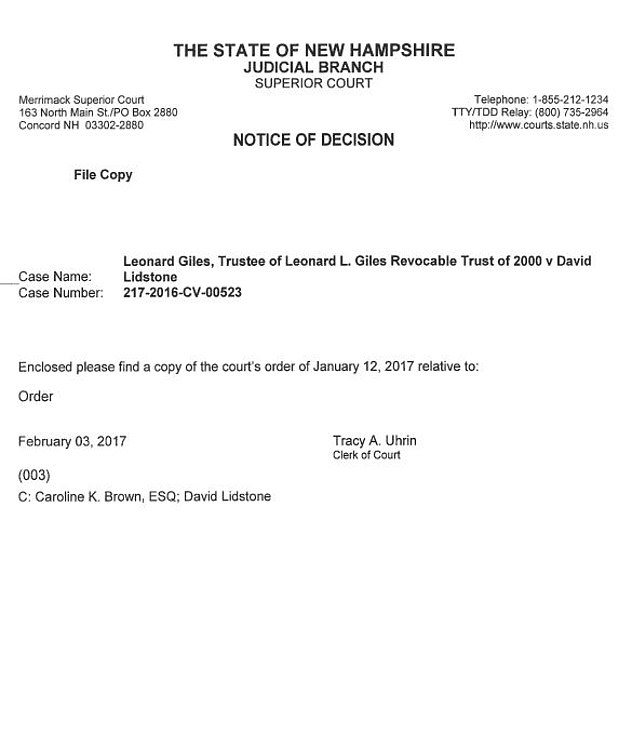 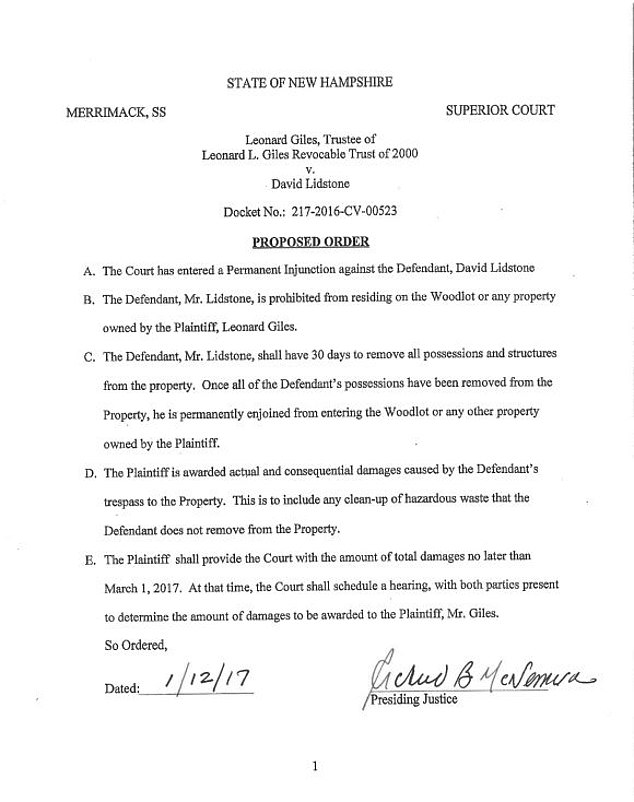 Property owner Leonard Giles, 86, of South Burlington, Vermont, owns several plots of land through New Hampshire. He claimed that he didn´t even know Lidstone was there until the town administrator found out in 2015 and told him, expressing concern ‘with regard to the solid and septic waste disposal and the potential zoning violations created by the structure,’ according to a complaint filed by Giles in 2016.

A judge first issued an order for Lindstone to vacate in 2017 and he refused, claiming that the original owner, not Giles, gave him his word that he could live there. However, he has nothing in writing.

Both sides then attempted to reach some sort of agreement for him, but were unsuccessful, according to court documents.

Jodie Gedeon, an avid kayaker who befriended Lidstone about 20 years ago, is working with other supporters to help him, including organizing a petition and collecting money to cover property taxes.

‘If it’s about taxes, we’re more than willing to pay them,’ Gedeon, a financial analyst at a Concord investment company, told the New Hampshire Union-Leader.

She also said, ‘He´s just a really, really, big caring guy, and just chooses to live off the grid. It really is about humanity, it really is about compassion, empathy . . . he´s not hurting anybody.’ 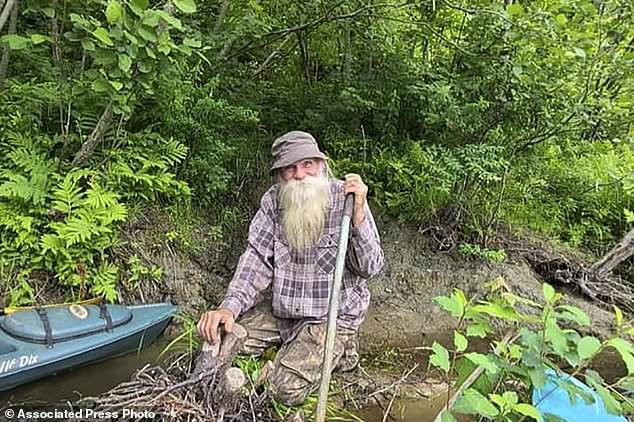 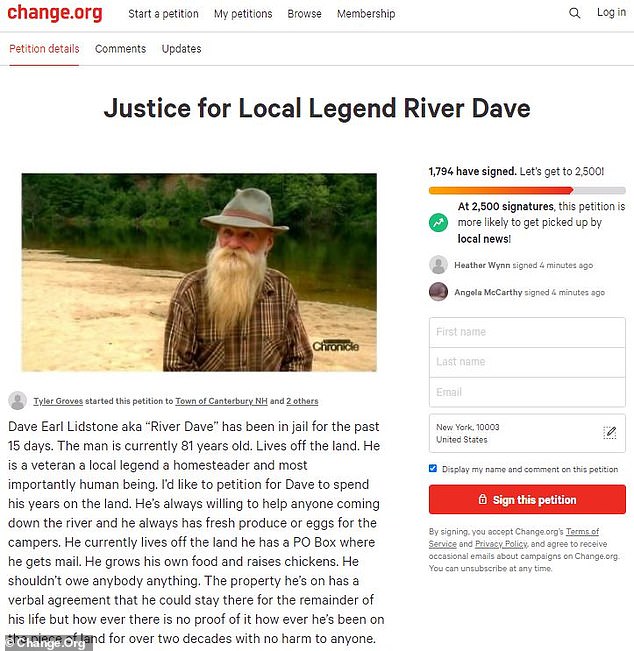 A petition on Change.org in support of Lindstone  has garnered 2,500 signatures and counting as of Wednesday morning.

The petition, on Change.org, is titled ‘Justice for Local Legend River Dave,’ and has garnered 2,500 signatures and counting as of Wednesday morning.

It reads, ‘I’d like to petition for Dave to spend his years on the land. He’s always willing to help anyone coming down the river and he always has fresh produce or eggs for the campers. He currently lives off the land he has a PO Box where he gets mail. He grows his own food and raises chickens. He shouldn’t owe anybody anything . . . Please help me raise awareness of this unjustice [sic] and hopefully come to an agreement that could potentially benefit all parties being River Dave, the current owner of the property and the town.’

The petition also argues that Lindstone should have squatter’s rights in New Hampshire, which say that ‘it takes 20 years of continuous occupation for a squatter to make an adverse possession claim.’

However, a judge has said that the issue was already decided in 2017 and Manchester lawyer John Cronin told the Union Leader that principles in real estate law prevent parties from reopening cases once they are settled.

Even if the case was still open, he added, squatters cannot take adverse possession of state property, which a judge has said the cabin is on.

Lidstone said he wants a surveyor to determine if the property rightfully belongs to Giles and, if it does, he would leave.

Furthermore, even if Lidstone was permitted to stay, he would face an uphill battle. The home is in violation of local and state zoning and environmental regulations, and there is no access to a road.

‘You guys are in a quandary. So are we,’ selectman Robert Steenson said.

The woodlot Lidstone calls home is also hidden by the trees and on 73 acres that’s been used for timber harvests. The property has been owned by the same family since 1963 and has no plans to develop it.

The judge suggested Wednesday that Giles and town officials work with a mediator, but Giles’ lawyer said the logistics would be too daunting.

‘We´ve got to recognize the fact that this was a managed woodlot, with income which is supposed to support my elderly client in his retirement. At some point, how far is he supposed to go in order to turn his woodlot into a habitable lot for somebody else who´s there trespassing?’ said attorney Lisa Snow Wade. ‘He just wants his land back.’

Lidstone, who doesn’t have an attorney, insisted his cabin is a hunting and fishing camp, not a home. 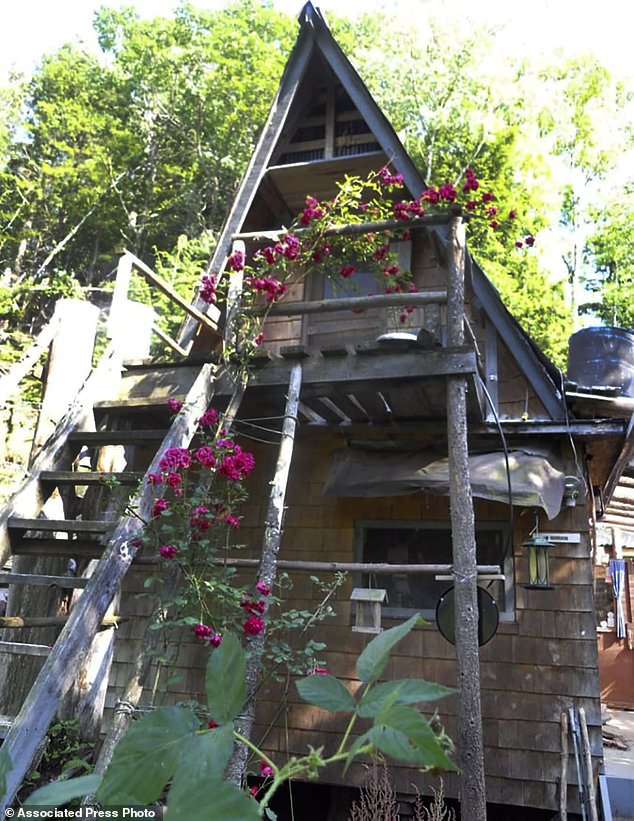 Furthermore, even if Lidstone was permitted to stay, he would face an uphill battle. The home is in violation of local and state zoning and environmental regulations, and there is no access to a road 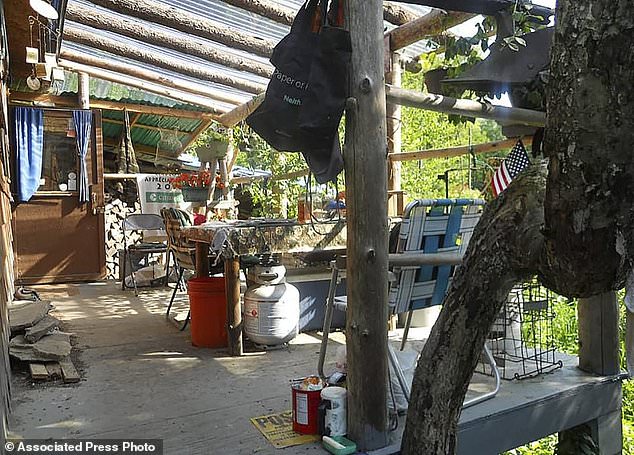 Lidstone, who has made money as a woodsman, has been known to invite kayakers and boaters into his home and share stories about his life in the wild. It’s unclear where Lidstone would go if he could no longer live in the cabin

‘Why do you need a road to it? Do you think I´m an idiot? You´re going to put a septic tank in for a hunting camp?’ he said.

He also argued that Giles doesn´t own the property but is being pressured by the town.

‘He´s a heck of a nice old man, I´ve talked with him a couple of times. This is not his fault, this is not my fault,’ he said. ‘It´s lying, cheating corrupt judges like you that are stepping on little people like me. But I´m telling you, sir, you step on me, I´m going to bite your ankle.’

Lidstone hasn’t had any other contact with law enforcement, unlike the case of a man in Maine called the ‘ North Pond Hermit,’ who also lived in the woods for nearly three decades and pleaded guilty in 2013 to multiple burglary and theft charges.

Schulman acknowledged that Lidstone isn´t hurting anyone, but said the law is clearly on Giles’s side. He added, ‘You´re doing your own thing in the `Live Free or Die´ state, so there´s a lot of sympathy to you for that. But there´s a lot of weight on the other side of the balance sheet, and not just about what the (landowner) wants to do with the land, but the weight I feel to uphold the judgment of the court and the rule of law.’

Lidstone, who has made money as a woodsman, has been known to invite kayakers and boaters into his home and share stories about his life in the wild. His decision to live in the woods is ‘exactly the lifestyle he wants,’ said his brother, Vincent Lidstone, 77, of Lafayette, Georgia.

‘What they’re doing to him isn’t right for anybody, whether he’s my brother or anybody’s brother,’ he said. ‘He’s 81 years old. Leave him alone.’

Vincent Lidstone said he lost touch with his brother through the years, but described how the two of them and a cousin enjoyed spending time outdoors when they grew up in Wilton, Maine.

‘We lived in the woods,’ he said. ‘We camped, fishing, hunting. The three of us did everything together for a lot of years.’

It’s unclear where Lidstone would go if he could no longer live in the cabin. Vincent Lidstone said he doesn’t have the resources to help him. The Associated Press reached two of his three sons, who said they haven’t been in touch with their father recently. His daughter didn’t respond to a message seeking comment.

Gedeon said the matter hasn’t been discussed by her group yet.

‘We want to see him be able to live out his remaining years where he is,’ she said.