A new painting of Anne Frank that utilized computer ageing technology to show what she would look like today has gone on auction in London to commemorate what would have been her 90th birthday.

Online bidding for the painting, “Reflection,” by the Scottish artist Fiona Graham-Mackay, has ended at $5,100, with bidding set to resume at a Gala auction held by in London’s Covent Garden Wednesday evening. All proceeds from the painting will be donated to The Anne Frank Trust UK, an educational charity which seeks to combat “all forms of prejudice and discrimination” in line with Frank’s legacy. 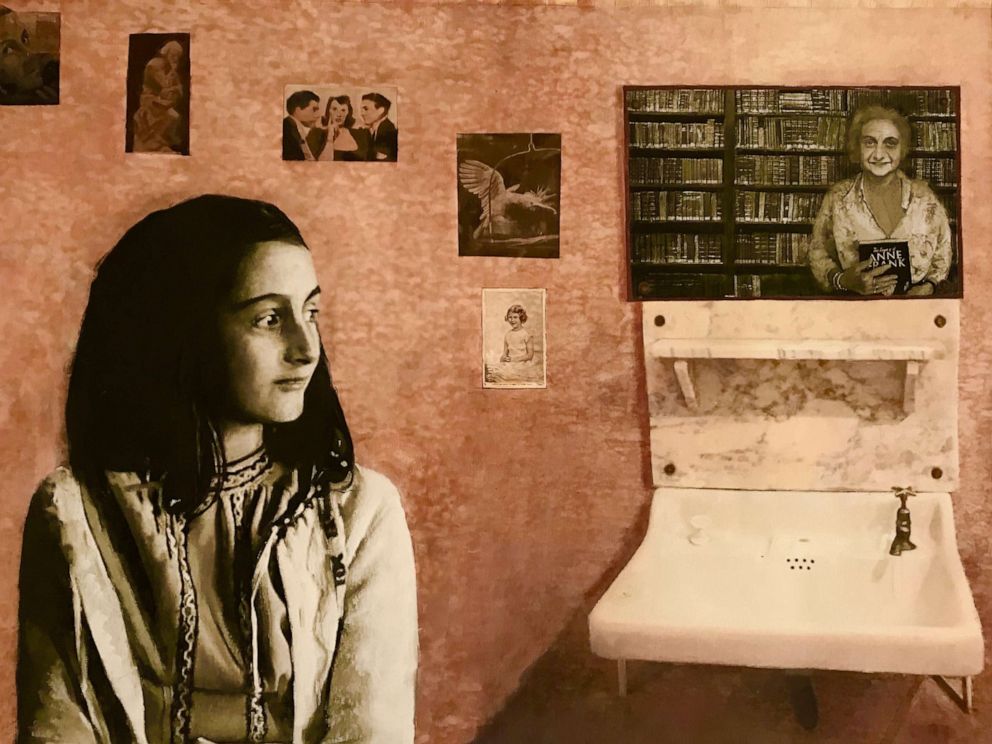 Frank, who wrote the world-renowned “Diary of a Young Girl” during the two years she spent hiding out from the Nazis in Amsterdam during the World War II, was just 15 years old when she died in 1945 after being captured and sent to a concentration camp.

The Anne Frank Trust commissioned Graham-Mackay to create the artwork earlier this year. “Reflection” depicts a young version of the diarist by an imagined older version of herself, holding a copy of her diary in the secret annex at Prinsengracht, Amsterdam, where she lived in hiding during Nazi occupation.

“Anne meant a great deal to me because as a young child I was brought up in the African bush during the Biafran civil war,” Graham-Mackay told ABC News. “At times my life was in danger. At that time I only had three books, and one of them was the diaries of Anne Frank, so it had huge significance for me.” 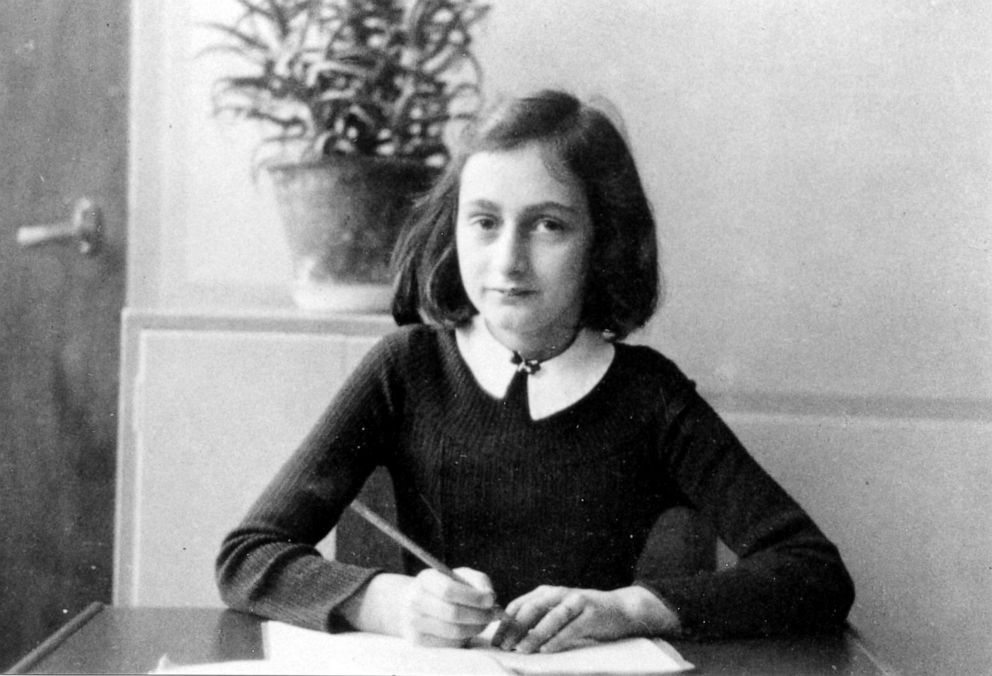 With the assistance of the Anne Frank House in Amsterdam, Graham-Mackay used computer ageing technology to determine what the diary would have looked like in the future. In the painting “we see the old image of Anne as a child, but she’s looking to the future,” said Graham-Mackay.

“The future is all about our young people,” Graham-Mackay said. “And that’s why I’ve done this painting. And I’m hoping it raises loads of money for the [Anne Frank Trust] fund. Because a little kindness goes a long way and I think our society really has forgotten that.”

The Anne Frank Trust said the final artwork was a “work of considerable depth that conjures both poignancy and optimism.”

“We are enormously grateful to Fiona for her generosity,” Tim Robertson, chief executive of The Anne Frank Trust, said in a statement. “It is a truly fitting tribute to Anne’s memory as a writer, a creative and a humanitarian.”