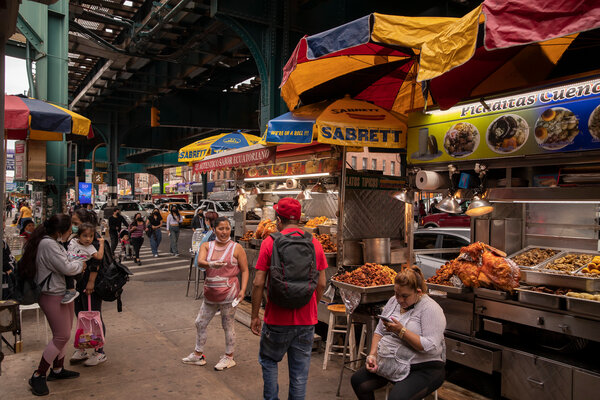 The highly contagious Delta variant has gained ground in New York City in recent weeks, though overall case counts remain low, according to a recent analysis by the city’s Health Department.

Since mid-June, there has been a steady daily average of about 200 new Covid-19 cases detected in New York City, the lowest since the early days of the pandemic and an indication that there is relatively little virus circulating there.

“The stability in terms of the daily numbers of cases is quite reassuring,” said Dr. Wafaa El-Sadr, an epidemiology professor at Columbia University’s Mailman School of Public Health.

The city’s daily Covid deaths are usually in the single digits now, and the number of new hospitalizations has been relatively steady for a couple of weeks — about 171 Covid patients were in area hospitals at the start of July.

In England, where the Delta variant now accounts for most cases, epidemiological data released on Thursday showed that it was not driving any surge in the rate of hospitalizations.