New York police are searching for a man who allegedly violently assaulted a father and son last weekend after the son accidentally sideswiped the suspect’s car while pulling out of a parking lot, according to reports.

The man slammed on his brakes after the minor accident, got out and started screaming, “Where’s my money at?” at the victims, WCBS-TV in New York reported of the Saturday evening incident in Queens.

Surveillance video appears to show the suspect punch Mohi Ahmed, 55, in the face, then beat his son Adel Ahmed, 23, to the ground, all while his girlfriend pleads for him to stop, according to the New York Daily News.

“Give me some money or I’m gonna f— you up,” he shouted at the pair before leaving them bloodied and stealing Mohi Ahmed’s wallet and phone, the newspaper reported.

“My head was on the ground, and he just went full force basically body slamming me,” Adel Ahmed told WCBS.

Mohi Ahmed said the collision was a “simple accident.” 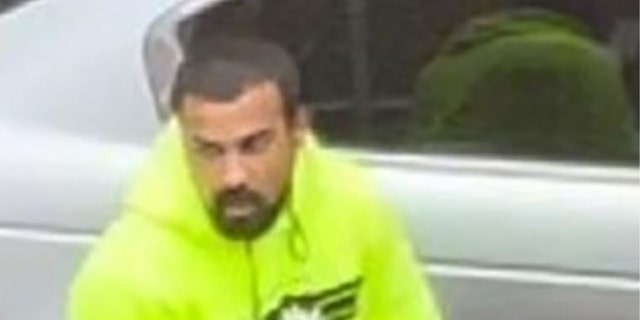 NYPD is searching for a man who allegedly beat a father and son in Queens on Saturday following a fender bender.
(NYPD Crime Stoppers)

“Yes, [the accident] was [Adel’s] fault, and I told him right away that we are sorry, you are gonna get whatever you wanna get,” he told the station.

Adel Ahmed told the Daily News he and his father had left the bank and were going to get food after having fasted all day for Ramadan. “He got out and he immediately got aggressive,” he told the newspaper. “He was like a raging bull.”

He told WCBS they’re terrified because the suspect has his father’s driver’s license with their address on it.

“I just wanted to ask him, was it worth it?” Mohi Ahmed said to WCBS.