PM kicks off her re-election campaign by pledging a $205m rescue package for businesses affected by the virus lockdown. 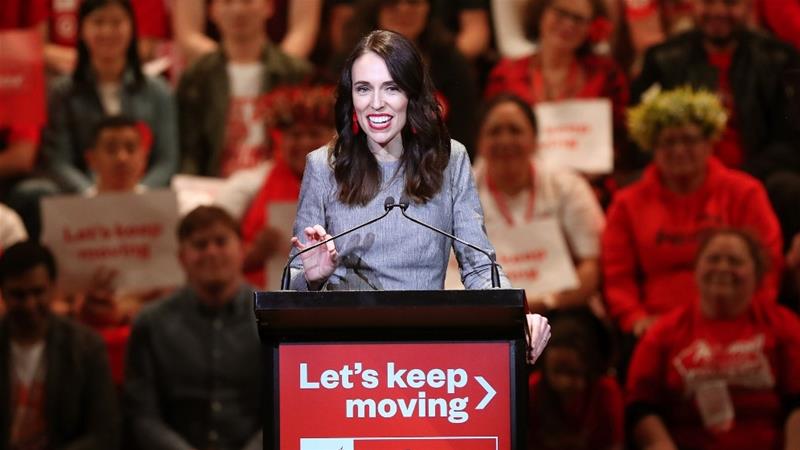 Jacinda Ardern, the prime minister of New Zealand, launched her re-election campaign on Saturday promising a “laser-like” focus on boosting jobs and economic growth hit by the COVID-19 pandemic.

The charismatic 40-year-old leader is on track for a comfortable victory in the September 19 election, according to opinion polls, having won global praise for her leadership during the coronavirus pandemic.

“When people ask, is this a COVID election, my answer is yes, it is,” Ardern told her supporters gathered in Auckland for the launch of her Labour Party’s re-election campaign.

In her first campaign speech, Ardern pledged a 311 million New Zealand dollar ($205.32m) scheme aimed at getting 40,000 locals back in work, if her party wins the polls.

“The new Flexi-wage scheme is a key plank of our economic plan to support businesses to recover and to provide jobs to those who have lost work due to COVID,” Ardern said.

Recent data suggests unemployment due to COVID-19 was not as dire as expected, and business confidence had improved due to the government’s hard and early response to the pandemic.

New Zealand has reported fewer than 1,600 cases, and just 22 deaths.

It has been 99 days since the country had any domestic transmission of COVID-19, a rare achievement as the pandemic rages globally, and it has reopened the economy after undergoing a complete shutdown to eradicate the coronavirus.

Ardern’s Labour Party faces a challenge in next month’s election from the opposition National Party, led by Judith Collins. But Labour remains well ahead in the polls.

In her speech, Ardern also spoke of her unexpected rise to power in 2017, and her handling of a series of tragedies – a mass shooting at Christchurch mosques, the deadly White Island volcanic eruption and the coronavirus this year.

“If you had told me then that our launch in 2020 would be in the midst of a global pandemic with our borders closed – I would have found that very hard to fathom,” she said.

Ardern’s stratospheric rise in 2017 to become New Zealand’s youngest prime minister and third woman to hold the office has been dubbed “Jacinda-mania” by some.