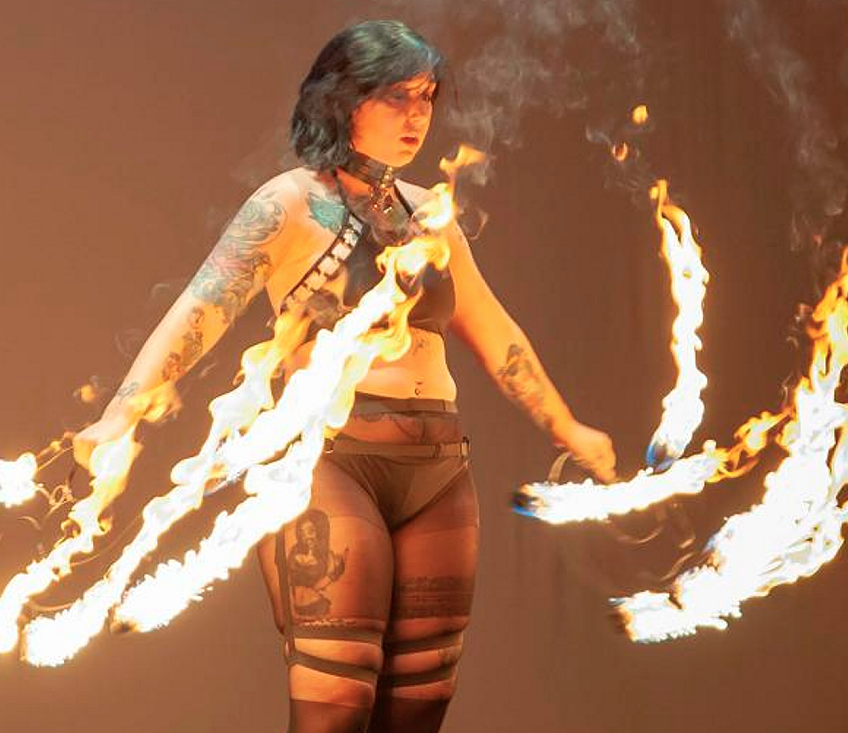 Kristy Cullum was performing at the NHS Got Talent show when her daring act went wrong in front of horrified colleagues.

The charity event was to raise money for the Winchester Hospice Appeal.

More than 200 people had packed out the Theatre Royal when the act went down in flames.

The nurse suffered serious burns when she slipped and accidentally caught fire.

She was rushed was rushed to the specialist burns unit at Salisbury District Hospital – but was reportedly suffering facial burns. 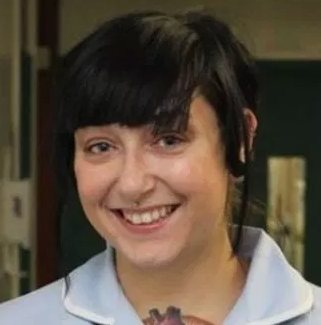 “It was very distressing”

Most of those at the show were medical professionals and rushed to the nurse’s side when she collapsed to the floor.

Liz Baldwin, an audience member, wrote on Facebook: “It was very distressing and we haven’t stopped thinking about the performer and wishing her a speedy recovery.”

Cullum is reportedly in a stable condition after being admitted last night.

A spokesman for theatres confirmed one of the performers had suffered “serious burns”.

Alex Whitfield, chief executive of Hampshire Hospitals NHS Trust, said: “Sadly there was an accident during the NHS’ Got Talent show at the Theatre Royal in Winchester on Saturday.

“One of the performers, a member of staff from our Trust, suffered quite serious burns.

“A number of our clinicians were present at the time and were able to help immediately but the performer is currently being treated by experts at Salisbury District Hospital’s specialist burns department.

“This was upsetting for everybody involved. The decision was quickly made to stop the show, which was a fundraising event for the Winchester Hospice appeal.” 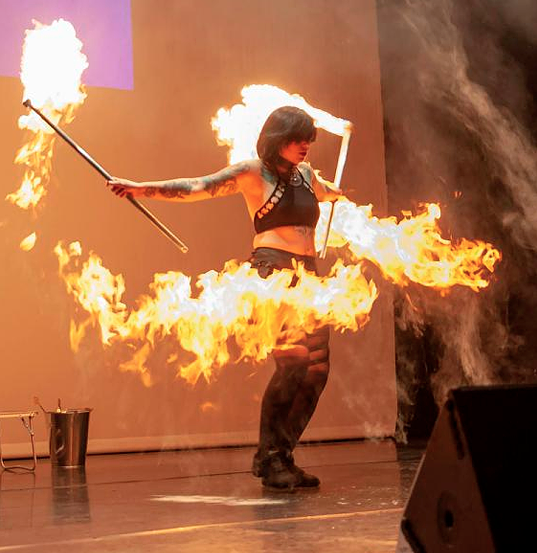 Deryck Newland, chief executive of Live Theatre Winchester Trust, added: “This was an upsetting incident for everyone involved and we wish the individual involved a full and speedy recovery.

“Our team acted swiftly and deserve great credit for doing everything they could to manage the situation professionally and calmly.

“I have spoken to the chief executive of Hampshire Hospitals Trust, whose event it was and we understand that the performer is being treated at Salisbury District Hospital’s specialist Burns Unit so is in the best possible place.”

NHS Got Talent was called off following the burns and the show cancelled.